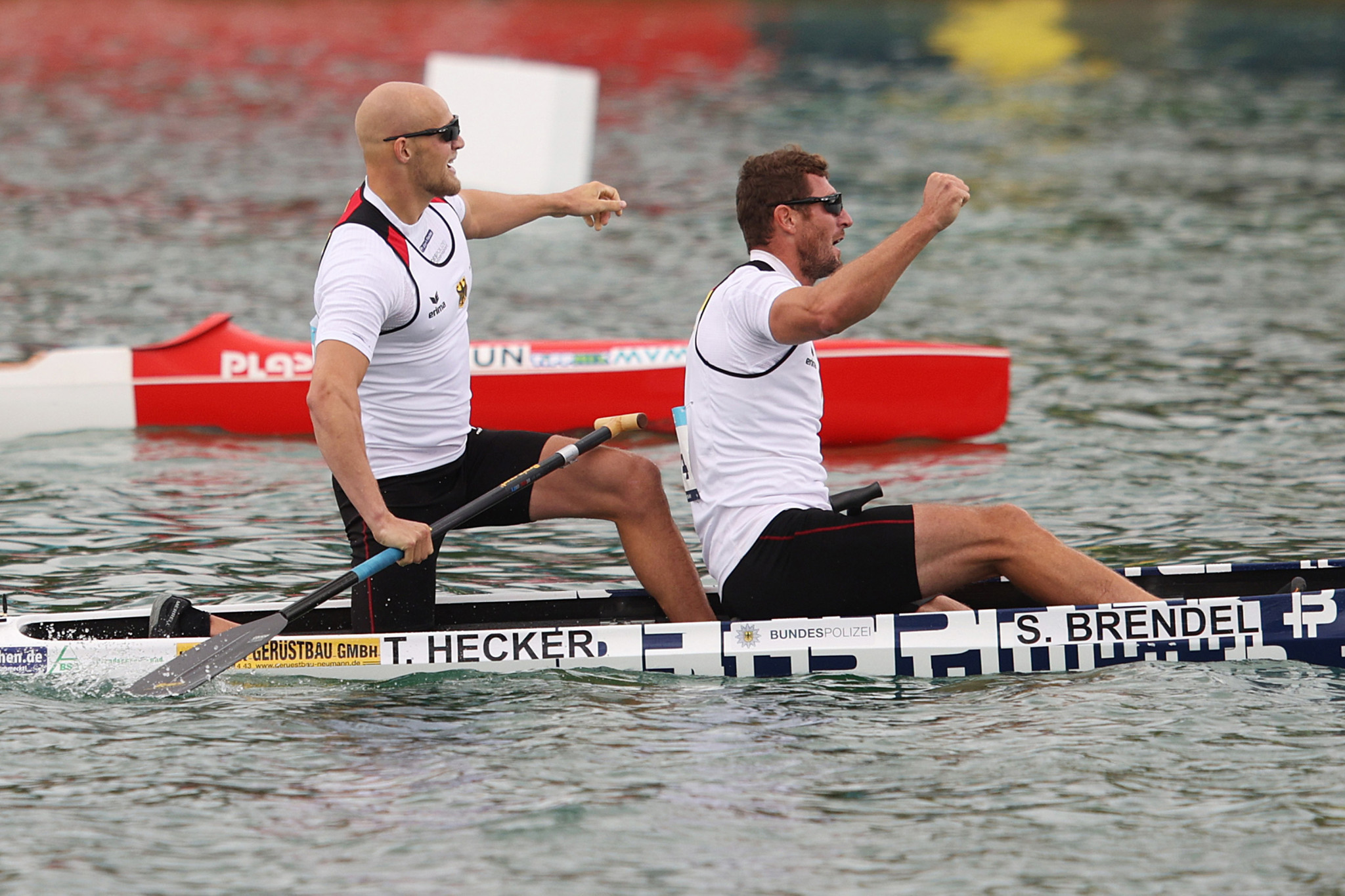 Germany and Britain enjoyed success on the first day of canoe sprint finals at the Munich 2022 European Championships.

Three of the host nation's triumphs at the Olympic Regatta Centre came in the canoe sprint events as well as one in the Para canoe finals, in which Britain found plenty of joy.

Nicolae Craciun and Daniele Santini of Italy were 1.421sec further back in second, followed by Balazs Adolf and Daniel Fejes of Hungary in third at 1.689 off the pace.

Jacob Schopf rounded off a hat-trick of canoe sprint golds for Germany on day one of finals with a time of 1:38.012 in the men's K1 500m final.

Britain's success in the Para canoe events began with a one-two from Charlotte Henshaw and Hope Gordon in the women's VL3 200m as they posted times of 57.020sec and 57.190 respectively.

Third-placed Natalia Lahutenko of Ukraine finished further back in 1:01.922.

Germany's Katharina Bauernschmidt was third in 1:04.521.

Hungary won the day's other Para canoe final with Tamas Juhasz triumphing in the men's VL2 200m in 53.948.

Spain's Higinio Rivero was 1.211 further back, followed by Portugal's Norberto Mourão in 55.472.

That followed canoe sprint success for Hungary in the women's K2 1,000m, as Emese Kőhalmi and Ezster Rendessy clocked 3:33.942 to beat Poland's Justyna Iskrzycka and Katarzyna Kolodziejczyk by 0.664.

Spain were the other canoe sprint gold medallists on the first day of canoe sprint finals in Munich, with María Corbera winning the women's C1 500m in 2:03.586.

Liudmyla Luzan of Ukraine was more than one-and-a-half seconds further back in 2:05.096, with Croatia's Vanesa Tot taking bronze in 2:06.682.

He completed the 34.9 kilometres race at Olympiapark in 1hr 18min 9sec, dominating particularly in the second half of the race to win his country's first European Championships gold medal in this event.

The European Championships in Munich are set to continue tomorrow with medals due to be awarded in artistic gymnastics, athletics, beach volleyball, canoe sprint, mountain bike and table tennis.