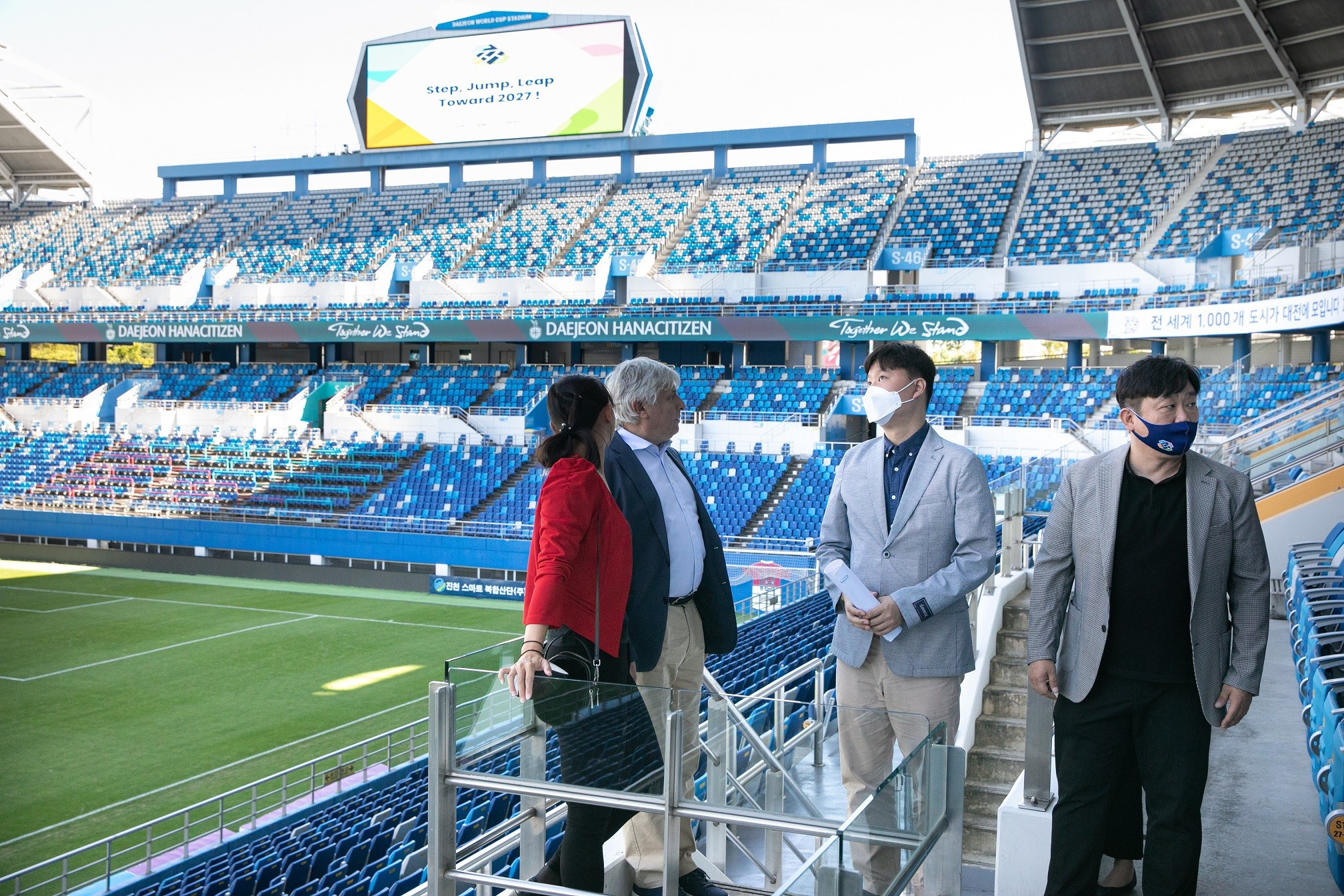 A delegation from the International University Sports Federation (FISU) is taking part in a six-day visit to South Korea to inspect several facilities as the countdown to the awarding of the governing body's 2027 Summer World University Games continues.

The Chungcheong Megacity region is rivalling the Triangle Region from North Carolina in the United States for the competition.

The group arrived on August 26 to banners and placards before being handed a lacquer box and a scroll inscribed with more than 1.4 million signatures from Chungcheong citizens who committed their support to the bid.

It was initially hoped that one million people would sign the petition.

Visits have been staged to the encompassing cities of Sejong, Asan and Daejeon while travelling to Cheongju was part of today's schedule.

On August 27 and 28, presentations for the visiting delegation were held at the Government Complex Sejong in addition to tours of sporting and non-sporting venues, such as the Daejon World Cup Stadium which is scheduled to host the Opening and Closing Ceremonies provided the bid was successful.

At the locations, the FISU delegation checked for improvements, based on suggestions the International Federation made during a visit in July.

The Chungcheong Megacity 2027 Bid Committee explained why it should host the Games and that it has the capacity to be a successful host.

The travelling delegation is scheduled to leave on Wednesday (August 31).

Earlier this month, the South Korean Ministry of Economy and Finance approved that Chungcheong could host the event if its bid was successful.

FISU's Executive Committee is expected to choose the 2027 FISU Summer World University Games host at a meeting in Brussels in November.