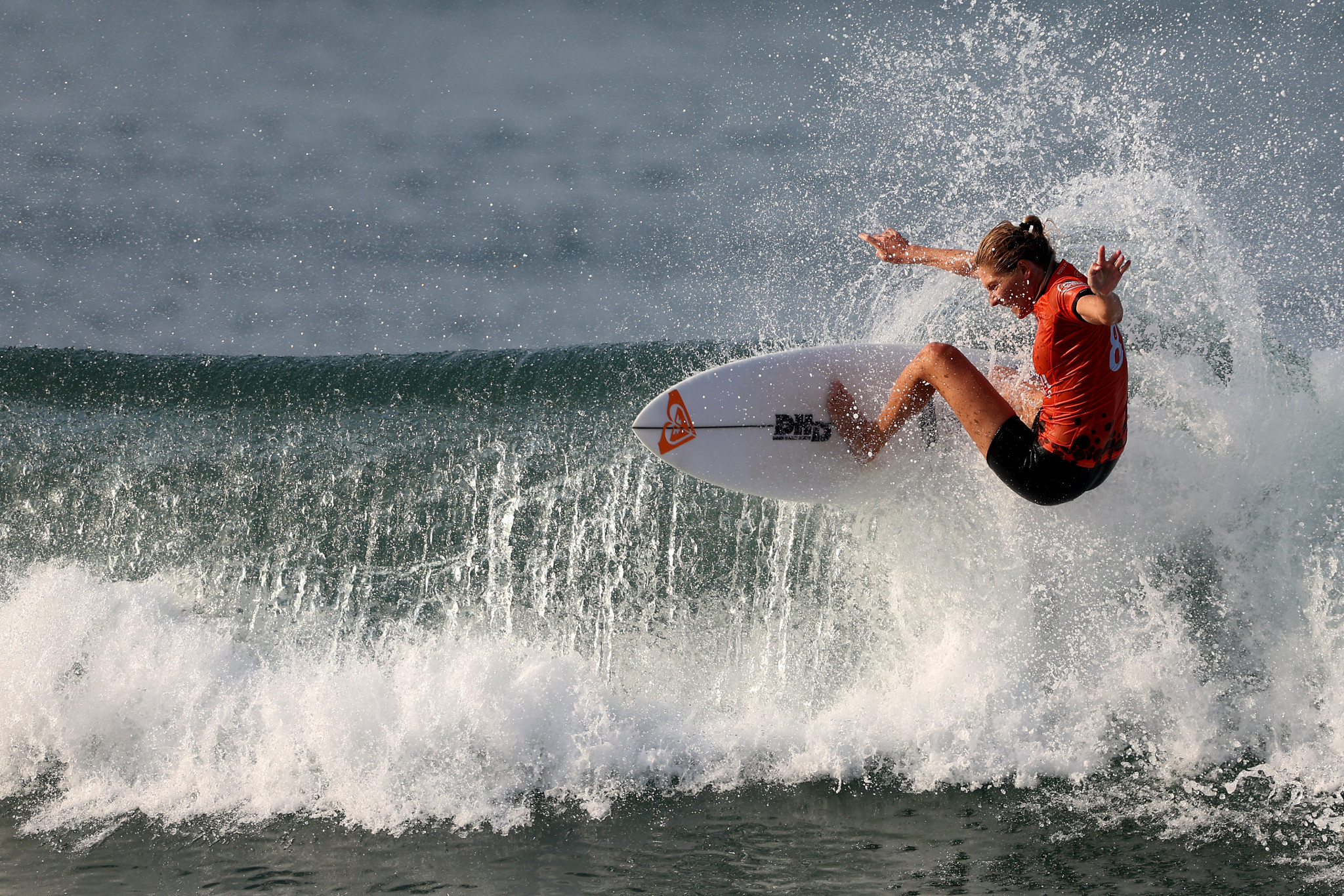 Moore was the favourite to seal victory in the women's event as the first seed and the reigning champion, but lost to Gilmore in the title match.

Gilmore, seeded fifth, had to beat three other surfers to earn the right to take on defending champion Moore for the title.

The 34-year-old's run to the final included a dramatic win over Costa Rican Brisa Hennessy, with a 6.83 wave 40 seconds from time time giving Gilmore a total of 14.76 versus Hennessy's 14.33.

Meanwhile in the men's contest, Toledo capitalised on his first seeding and bye to the title match.

In beating Ferreira, Toledo became the sixth Brazilian winner of the men's WSL world title in the last nine years.

There was no winner in 2020 because of the coronavirus crisis.

Ferreira, who advanced to the final having started as the fourth seed, initially beat Japan's Olympic silver medallist Kanoa Igarashi 13.37 to 11.83 and then defeated Australia's Ethan Ewing 13.10 to 11.83.

The 2019 WSL champion next overcame Jack Robinson, also representing Australia, 16.10 to 13.30 to set up an all-Brazilian final.