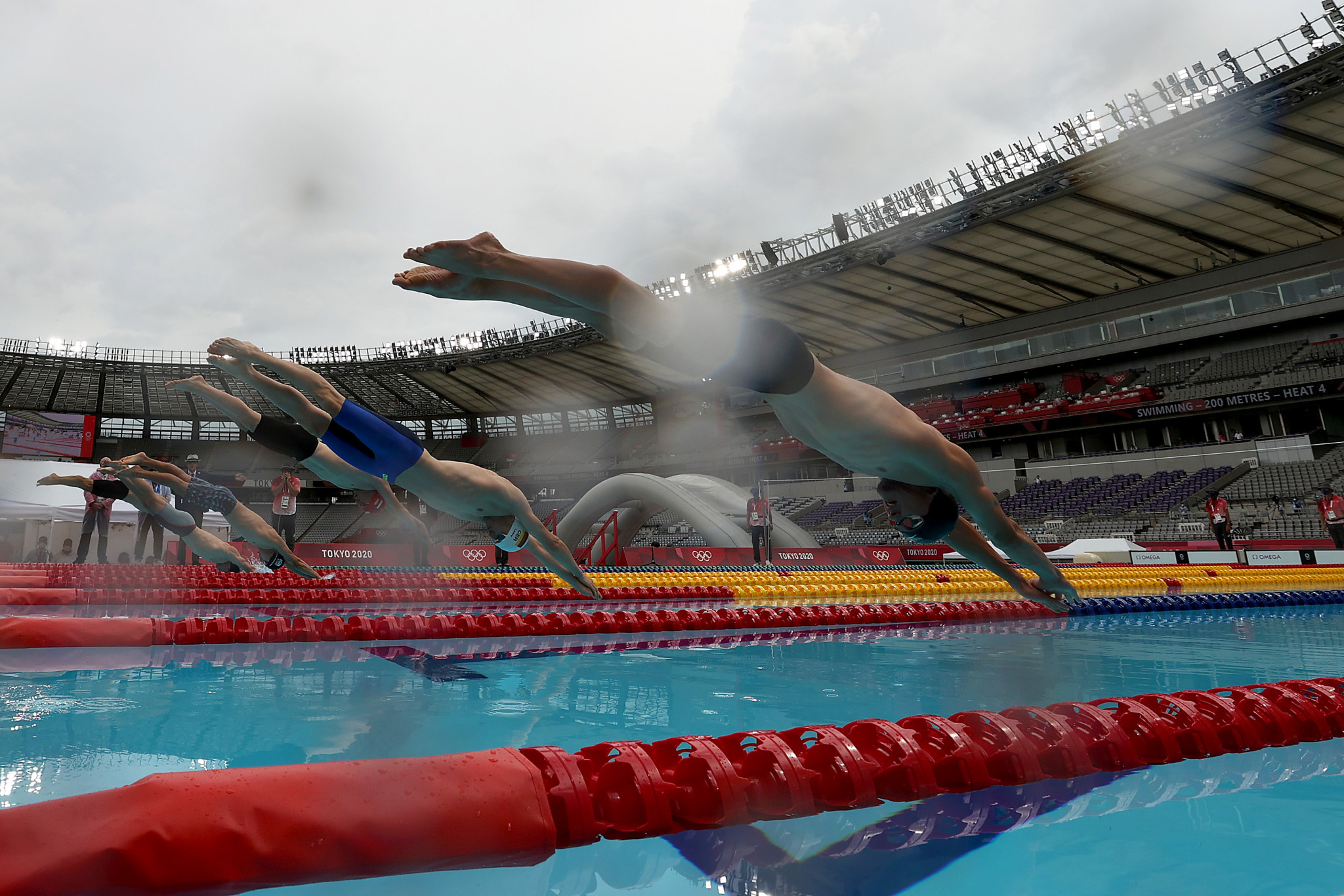 Mohamed claimed the victory with the fastest laser run time in 10min 17.96sec, backed up by a second-place finish in swimming to win by 21 seconds with a total of 1,222 points.

Roman Popov from Ukraine was consistent across the board with all top-five finishes, to get silver with 1,203 points.

Mohamed Mohamed made it a second Egyptian on the podium with a total of 1,189 after the second-quickest laser run, overtaking France's Etienne Clergeau, who was 10 seconds behind.

Diego Lavillat was nine seconds behind his team-mate Clergeau in fifth.

Ismail was 10 seconds behind for silver, while Blanka Bauer from Hungary claimed the bronze medal, after recording the best laser run time in 11:30.16.

This put her just one second behind the Egyptian, but 29 in front of Britain's Gabrielle Holland who dropped out of the medals with a total of 1,069.

Shin Ji-ho made it a second South Korean in the top five on a total of 1,060.

Lithuania's Nojus Chmieliauskas and Ugnius Kabelinskas won the men's relay in front of France and South Korea; while Zeina Amer and Malak Ismail from Egypt took the women's relay ahead of Britain and South Korea.

The mixed relay race saw Mexicans Damaris Garza and Jorge Hernandez stand atop the podium, joined by Poland and Turkey.