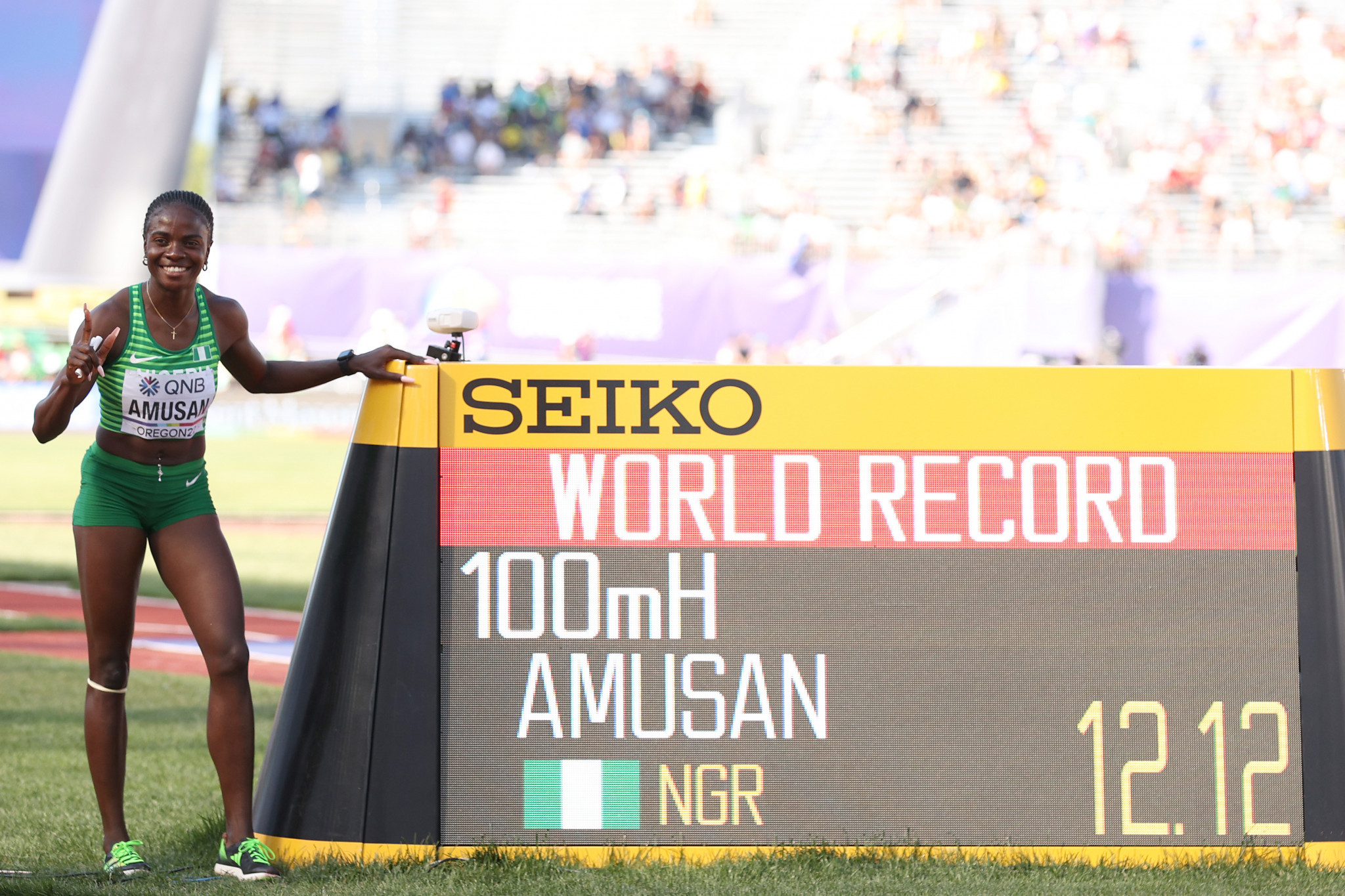 Nigerian athlete Tobi Amusan has had her women's 100 metres world record of 12.12sec ratified by World Athletics following doubts over the accuracy of the timing system used in the race.

The triple Commonwealth Games gold medallist set the new best on July 24 at the Oregon 2022 World Athletics Championships in her semi-final just two days after clocking an African record of 12.40 in the heats.

Her performance beat the previous world record - set by Johnson's compatriot Kendra Harrison in 2016 - by 0.08 and was three-tenths of a second quicker than she had ever run before.

The semi-finals also produced 12 personal bests and five national records, which were at the root of Johnson's concerns.

Experts claimed that Amusan's record came as a result of her Adizero Avanti Tyo Tinman Elite shoes, manufactured by Adidas and designed for distance running rather than sprinting.

The soles contain a layer of carbon rods and foam which led to questions over whether the shoes had given her an unfair advantage at Hayward Field.

However, Amusan said she wore them after suffering tendonitis in the arch of her foot.

Johnson addressed the backlash from his comments, tweeting: "In questioning the times of 28 athletes (not 1 athlete) by wondering if the timing system malfunctioned, I was attacked, accused of racism, and of questioning the talent of an athlete I respect and predicted to win.

Amusan went on to win the final with an even faster time of 12.06, but it did not count as an official world record due to a tailwind of 2.5 metres per second (mps) blowing during the event, above the regulation limit of 2.0mps.

The United States' Sydney McLaughlin's time of 50.68 in the women's 400m hurdles final and Swede Mondo Duplantis' 6.21 metres pole vault have also been ratified as world records from the World Championships.

McLaughlin's time beat her own record of 51.41 from the US Championships, also in Eugene.

Also in Eugene, Botswana's Letsile Tebogo set a world under-20 100 metres world best of 9.94 which has also been confirmed by World Athletics.