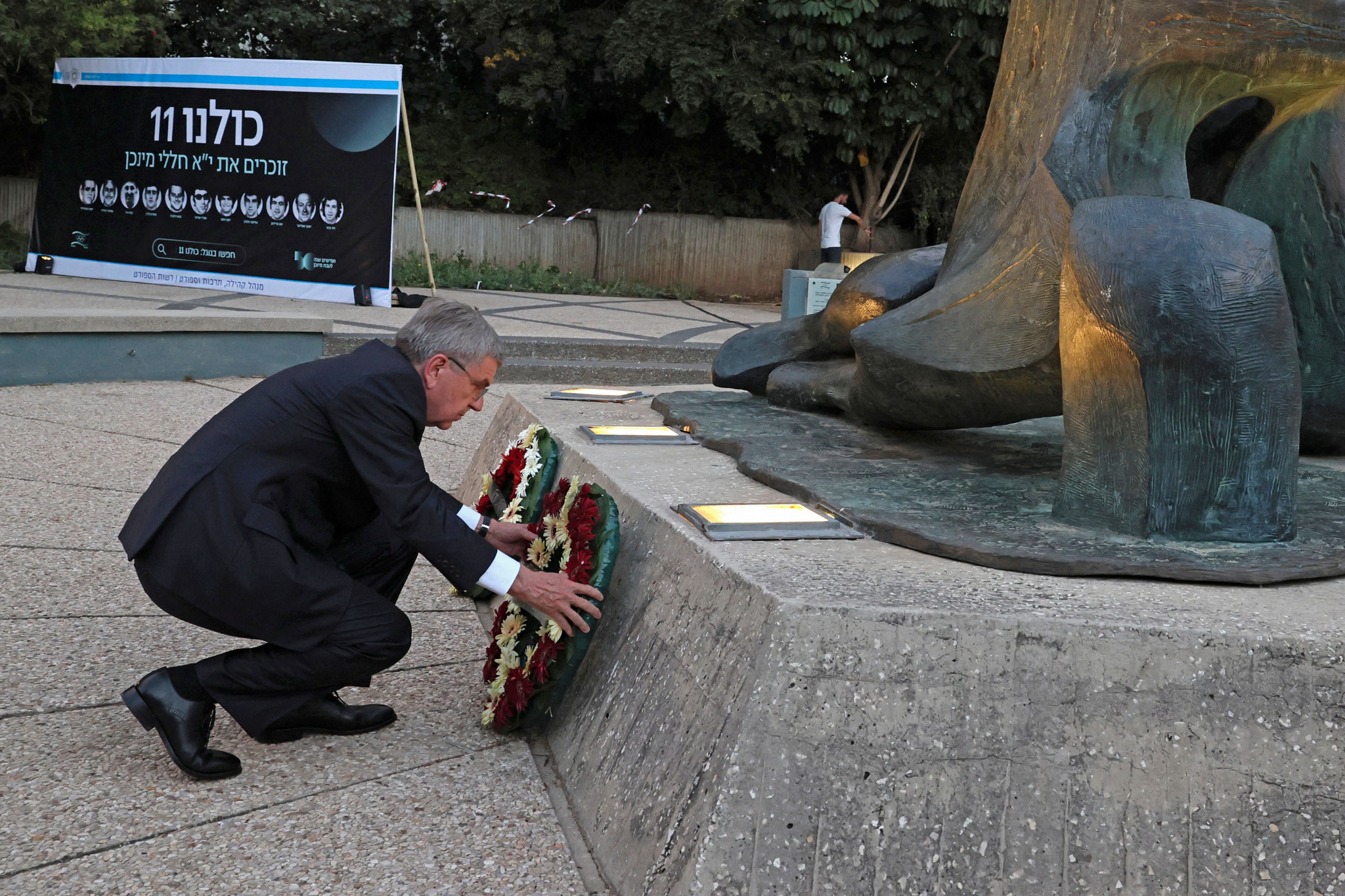 International Olympic Committee (IOC) President Thomas Bach has reaffirmed the commitment of the Olympic Movement to non-discrimination and peace during an emotional visit to the World Holocaust Remembrance Center at Yad Vashem in Jerusalem.

It was Bach's first official visit to Israel as IOC President.

He was accompanied by Israel Olympic Committee President Yael Arad and took part in a memorial ceremony at the Hall of Remembrance.

"Words cannot capture the unspeakable horror of the Shoah," Bach wrote in the book of visitors.

"It is here at Yad Vashem that I solemnly reaffirm the commitment of the entire Olympic Movement to non-discrimination and peace.

"Every man must do everything in his power that such a heinous crime against humanity can never happen again."

He also visited the children's memorial, dedicated to the Jewish children who were murdered during the Holocaust.

Very emotional visit to @yadvashem by the President of the International Olympic Committee Thomas Bach. He concluding the visit honoring Righteous Among the Nations Berthold Beitz in the tree planted in his honor. pic.twitter.com/5iVYCLFCYF

It is estimated that 1.5 million children perished.

Bach was received by Yad Vashem chairman Dani Dayan, who presented him with the book To Bear Witness: Holocaust Remembrance.

"Part of learning about the Holocaust is knowing what Jewish life was like before the atrocities; understanding the role competitive sports and culture played in Jewish life," Dayan said.

"Many are surprised to hear about the world-class Jewish athletes who participated in international games such as the Olympics.

"We should remember these individuals not as faceless and nameless victims, as the Nazis saw them, but as individuals with unique life stories."

As the visit came to an end, Dayan and Bach visited a tree planted in memory of Berthold Beitz, an industrialist who was a predecessor of Bach's as IOC member in Germany and a member of the 1972 Olympic Organising Committee Board and President of the council for sailing events.

The title of Righteous Among the Nations had been conferred on Beitz in 1973 and later upon his wife Elsa for their wartime efforts in protecting Jewish workers.

Earlier in his visit, Bach had joined Israel State President Itzhak Herzog at a service in Tel Aviv to remember the 11 members of the Israeli Olympic team who died in the attack at the 1972 Munich Olympics.

Bach met competitors including Esther Roth-Shahamorov, a hurdler who competed in 1972, and relatives of those who died in 1972.