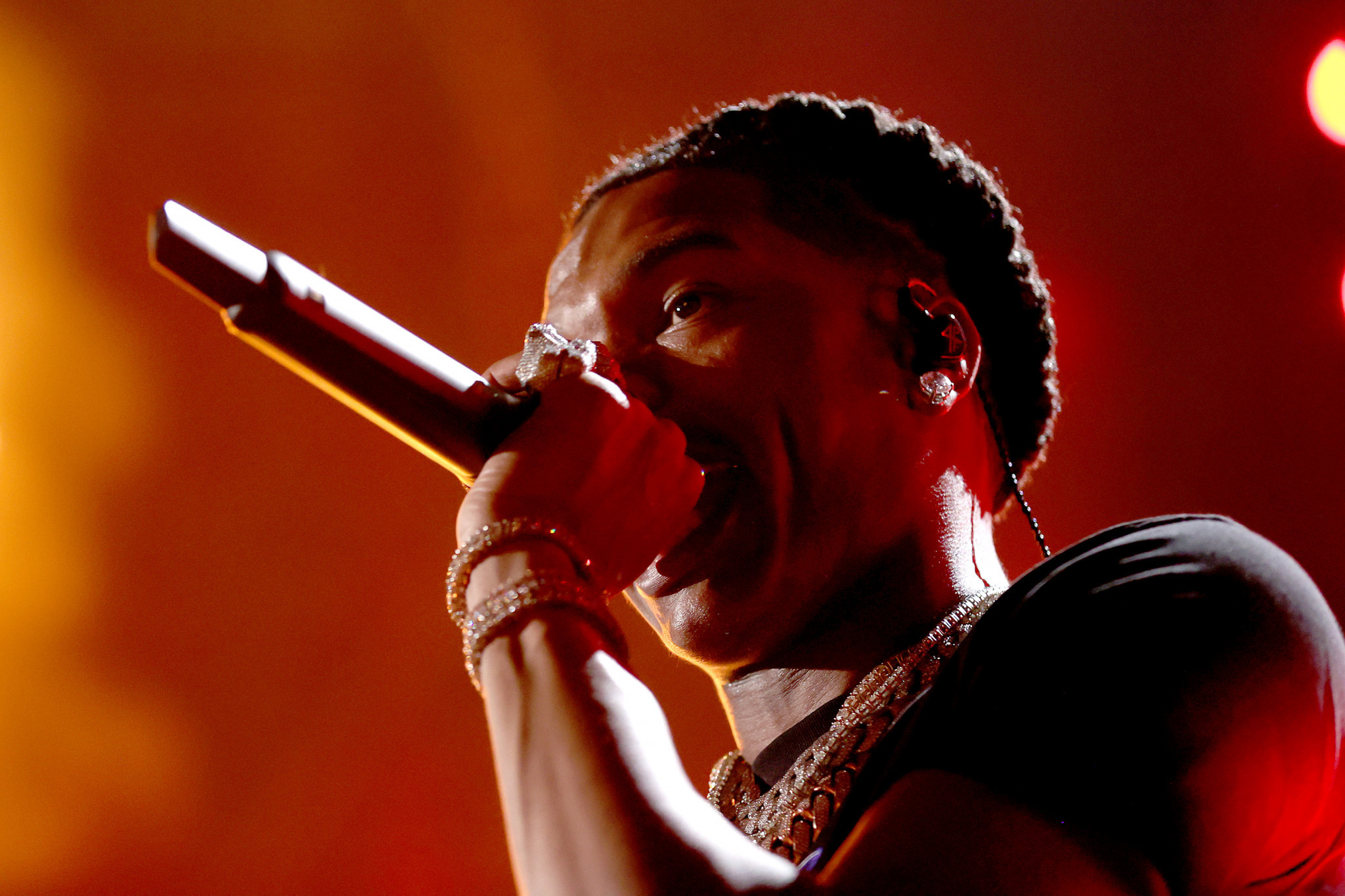 Grammy award-winning American rapper Lil Baby has released The World is Yours to Take, an official anthem for the 2022 FIFA World Cup produced in conjunction with tournament sponsor Budweiser.

"When I started in music in 2017, I went all in on a dream that brought me to where I am now, and that’s what I want fans to feel when they hear the song," Lil Baby, real name Dominique Armani Jones, said.

"I hope it makes you feel like you're walking out onto the pitch at the World Cup, making moves toward your own dreams, whatever that means to you," he added.

The song, the third single to feature on what is claimed to be the tournament's first official soundtrack, is part of a FIFA sound strategy to bring artists, fans and players together to share their passion by combining the universal languages of football and music.

"I'm by far one of the hardest workers, real firm believer in practice makes perfect," the song opens.

"Losers just lose while winners get worshipped," it continues.

The track samples the 1985 Tears for Fears hit Everybody Wants to Rule the World.

This was itself adapted to Everybody Wants to Run the World as the theme for the Sir Bob Geldof’s 1986 Sport Aid campaign to raise funds for famine relief.

Lil Baby’s track is the third to be released for this year’s tournament after Arhbo, an informal word which features Congolese rapper Gims and Ozuna from Puerto Rico, and Hayya Hayya (Better Together) by Aisha, Davido, and Trinidad Cardona.

The songs are expected to be regularly performed in fan parks and at stadia during the tournament.

The World is Yours to Take has been produced in conjunction with a World Cup sponsor Budweiser, which promises that other versions of the song will be produced with as-yet-unnamed major recording artists.

Earlier, Jason Derulo's Colors in 2018 and Wavin' Flag by K'naan in 2010 were both closely associated with sponsor Coca-Cola.

That tournament produced one of the best-remembered songs, Shakira's Waka Waka (This time for Africa) sung as South Africa became the first African nation to host the football World Cup.

R Kelly's Sign of a Victory was also an official anthem in 2010.

It was 60 years ago that El Rock del Mundial, performed by rock and roll band Los Ramblers, became the first musical soundtrack for the 1962 tournament in Chile.

In 1966, Lonnie Donegan's skiffle group sang World Cup Willie in honour of the tournament mascot and Joe Loss and his orchestra performed The World Cup March.

Although 1978 host nation Argentina and other sides had their own supporters' songs, the official music was written by Morricone, revered as a composer for many spaghetti Westerns.

Almost a decade before the Three Tenors were indelibly associated with Italia 90, Domingo sang El Mundial, the anthem for the 1982 tournament in Spain.

At the 1994 World Cup in the United States, Gloryland, performed by Daryl Hall and the Sounds of Blackness, was chosen.

It was a track which drew inspiration for its melody from the Battle Hymn of the Republic.

The late Vangelis was also inspired by traditional music when he wrote the anthem for 2002.

His composition had elements of Arirang, a traditional Korean folk song.

It was remixed by Japanese DJ Takkyu Ishino to reflect the first joint hosting of the tournament between South Korea and Japan.

Most recently, the anthem in 2018 was composed by Hans Zimmer, who had earlier scored the film Gladiator .

Yet the appearance of Robbie Williams alongside soprano Aida Garifullina perhaps remains the most remembered musical moment from four years ago.

The 2022 FIFA World Cup opens on November 20 when host nation Qatar are due to face Ecuador.