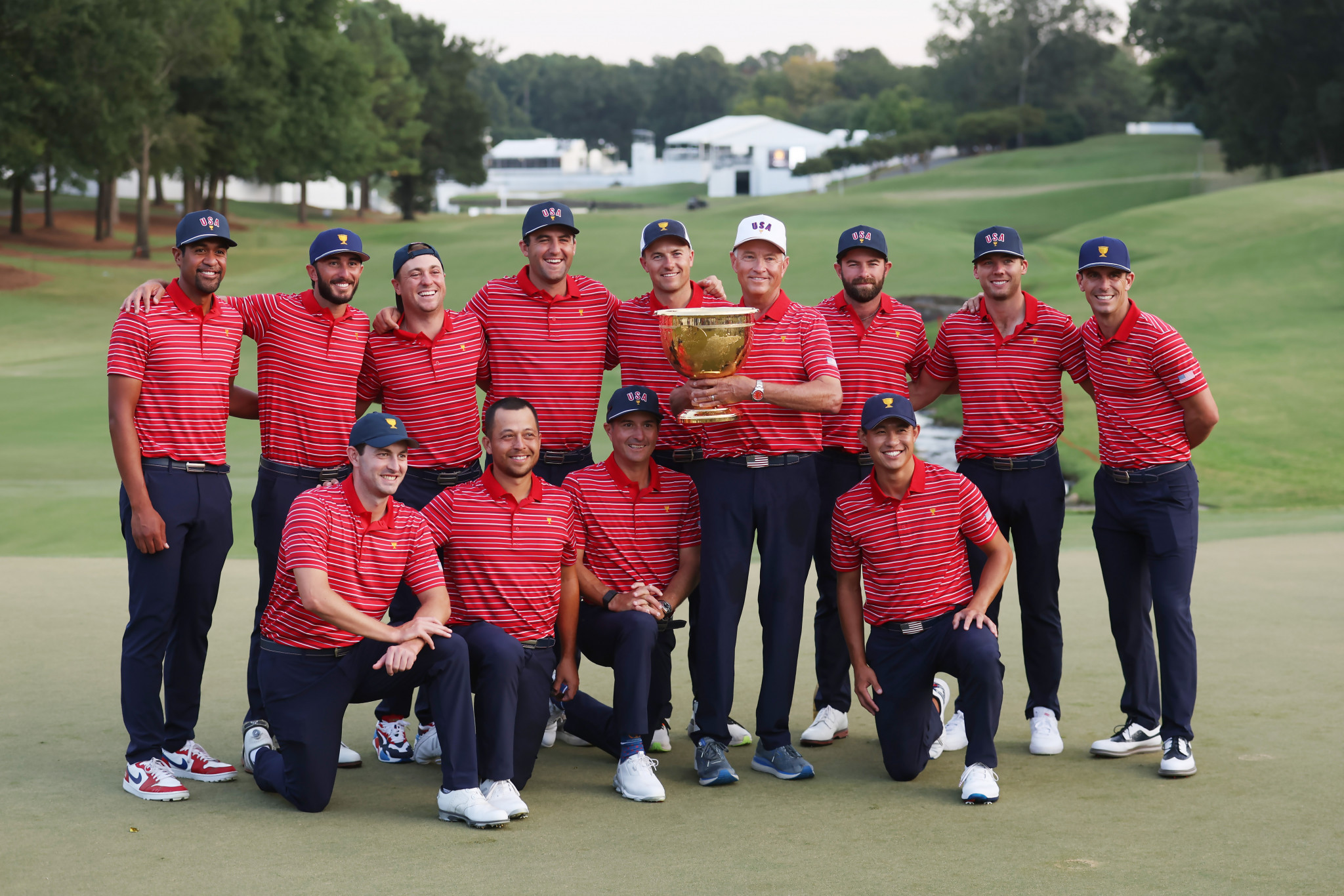 Schauffele saved par on the 18th hole against Canada's Corey Conners to secure a one-up victory which confirmed the US as winners.

The Americans had taken a four-point lead into the concluding singles matches and edged the final day 6.5 points to 5.5.

Jordan Spieth - who finished the event with a perfect record of five wins from five - Tony Finau, Patrick Cantlay, Max Homa and Collin Morikawa were also all victorious for the US.

Kim Si-woo of South Korea finished the Presidents Cup with an International-leading three points having beaten Justin Thomas in the singles.

The US have now won nine editions of the Presidents Cup in a row.

Both teams were impacted by players who have joined LIV Golf not being allowed to play, but it hit the International team particularly hard.

Four members of the original side dropped out and eight of the 12 players on the International team were making Presidents Cup debuts.