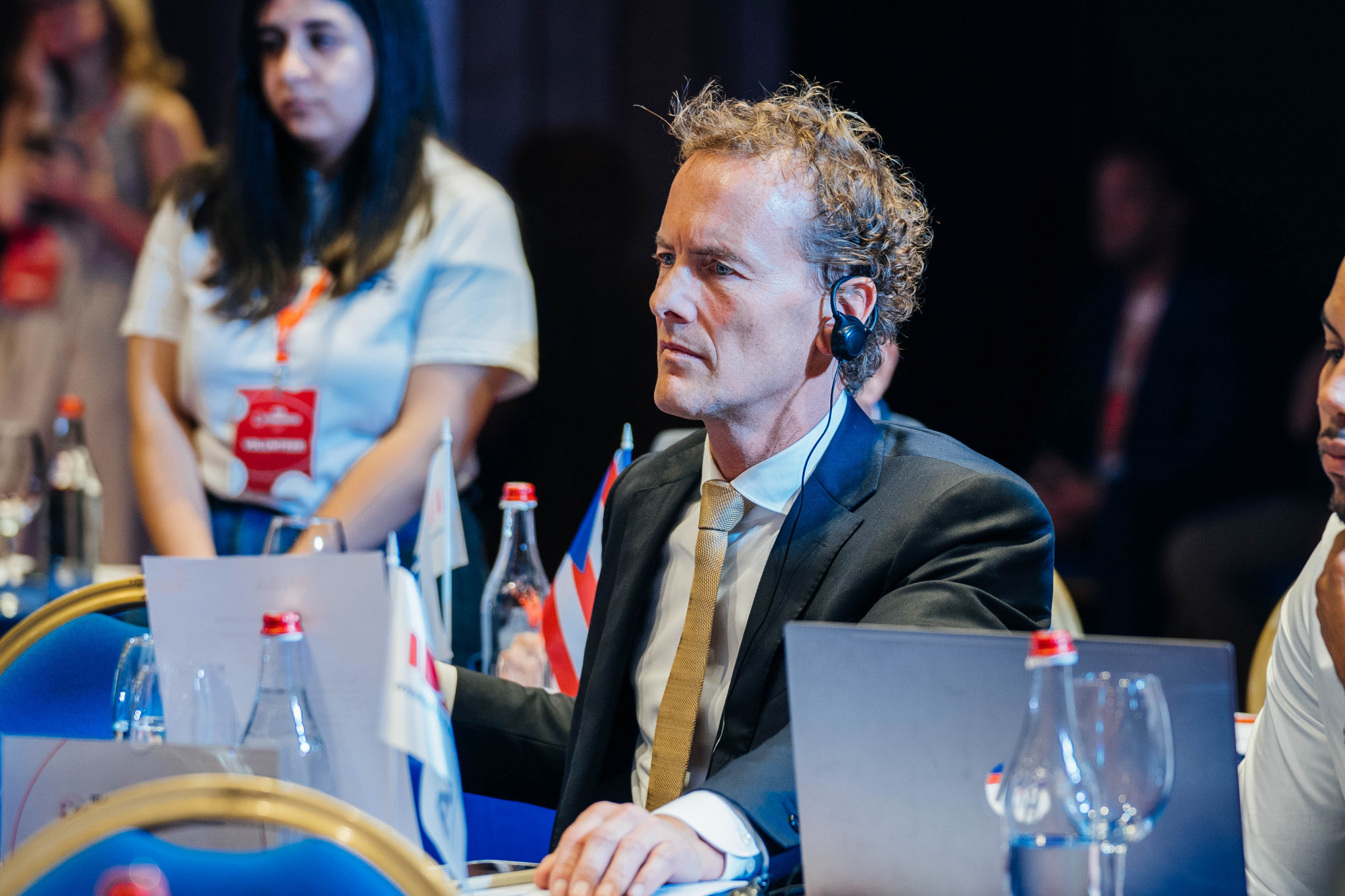 Boris van der Vorst has vowed to "continue to fight for the Olympic dream", and claimed that the International Boxing Association's (IBA) Extraordinary Congress here where he was denied the opportunity to stand against incumbent President Umar Kremlev was not a suitable "democratic process".

The Dutch Boxing Federation President and a number of his supporters left the hall at the Karen Demirchyan Sports and Concerts Complex in Armenia's capital yesterday, after nearly three-quarters of voting National Federations deemed he should not be permitted to challenge Russian official Kremlev, who has led IBA since December 2020.

It was the latest instalment in a saga which traces its routes to the Extraordinary Congress in Istanbul in May, when van der Vorst was declared ineligible to stand in the Presidential election and Kremlev was re-elected by acclamation,

Van der Vorst successfully appealed to the Court of Arbitration for Sport, but the agenda for the Extraordinary Congress in Yerevan required delegates to vote in favour of holding a fresh election before one could take place.

Despite vocal arguments from a number of van der Vorst's supporters, primarily from Western nations, warning that IBA risked inflicting fatal damage to its hopes of boxing featuring at the Los Angeles 2028 Olympics, the Extraordinary Congress voted by a significant majority not to stage an election.

Reacting on Facebook, van der Vorst criticised the handling of the key gathering, and expressed concerns over IBA's direction under Kremlev.

"This was not the democratic process that boxing deserves," he said.

"IBA is on a path of disregard for ethical and governance standards.

"We now have to explain to our boxers and to their coaches the consequences of this Congress."

In the aftermath of the Extraordinary Congress, the International Olympic Committee (IOC) said it was "extremely concerned" at the manner in which proceedings unfolded, and it would be discussed at the next Executive Board meeting.

Boxing has been left off the initial programme for Los Angeles 2028 due to the IOC's continued concerns over IBA governance, but van der Vorst has insisted he will continue to work towards ensuring that the sport preserves the Olympic status it has held since Paris 1904, and uninterrupted since Antwerp 1920.

"Together with many boxing nations, we will continue to fight for the Olympic dreams of boxers with or without the IBA," van der Vorst added.

insidethegames has asked IBA for a response to van der Vorst's remarks.

A buoyant Kremlev adopted a very different tone after what IBA has described as a "vote of confidence", hinting at a possible future for the global governing body outside of the Olympics in his argument that the decision showed that "we are an independent organisation".

"We will do a great job and we will defend the need of boxing to be part of the Olympic programme, but this will be not the only thing that we will do," Kremlev said.

"Most importantly we have to protect the interest of IBA, our own organisation."

Kremlev also claimed that the Extraordinary Congress marked "the full stop in all governance issues within IBA" and "showed its will clearly in a transparent manner".

Kremlev's supporters insist he has fulfilled his promises as President and supported National Federations.