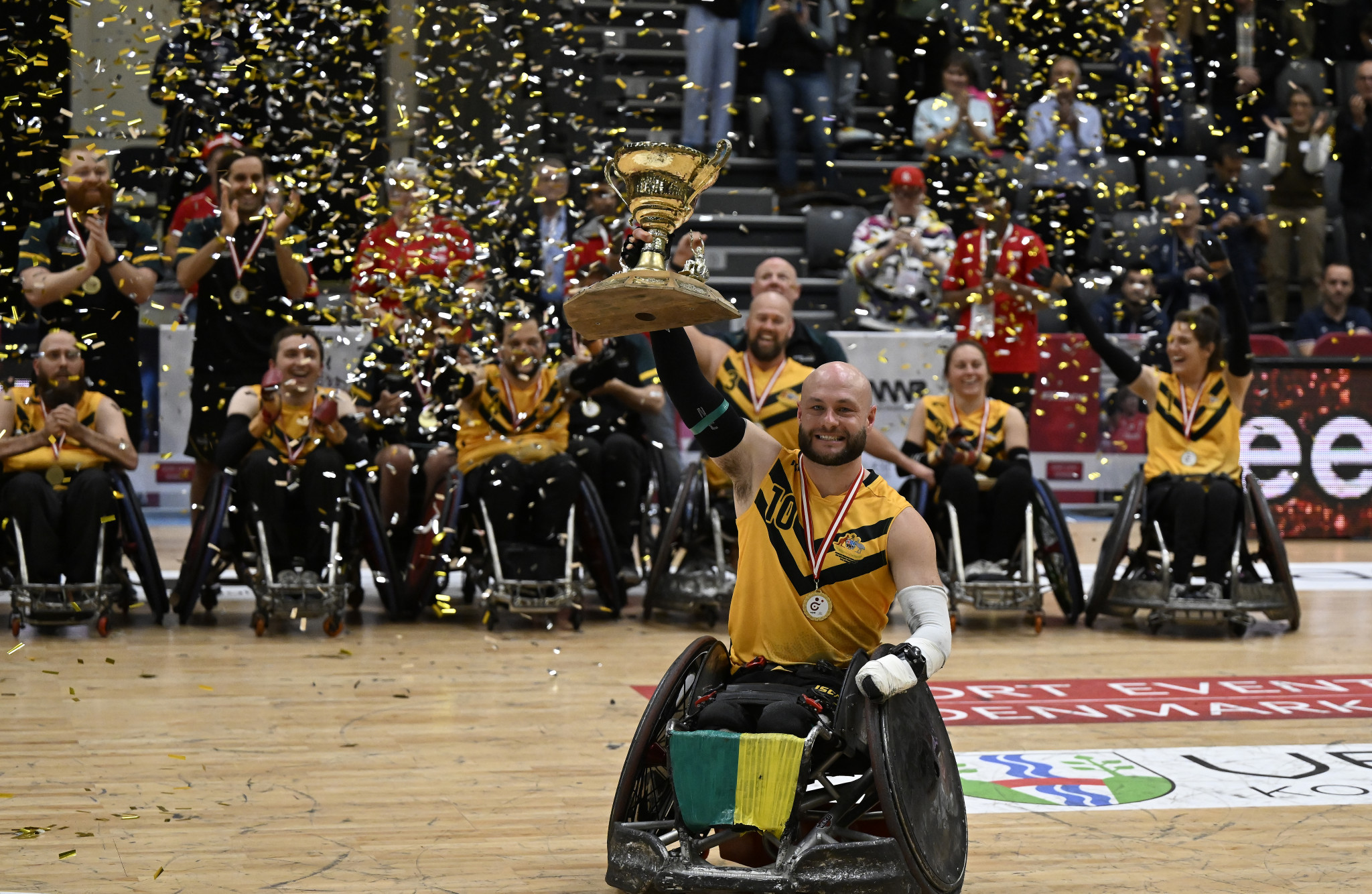 Australia were crowned champions of the 2022 World Wheelchair Rugby Championship here after edging the United States 58-55 in a tense final.

It is the second time Australia have won the competition, having achieved the feat in 2014 in Odense - some 79 kilometres away from this year's hosts.

The US, who also claimed silver in the Tokyo 2020 Paralympics, have now gone three successive editions without a title - a staunch contrast to winning four in five between 1995 and 2010.

The two teams were equal throughout the first quarter, with neither country giving the other an inch at the DGI Huset Sports Complex.

America's Kory Puderbaugh was responsible for delivering the first twist as he stole the ball and passed it off to compatriot Chuck Aoki for an easy score to take the lead.

The Steelers did not panic and captain Chris Bond secured a crucial interception which resulted in talisman Ryley Batt capitalising.

The score was level 31-31 at half-time and onlookers wondered who would properly blink first.

To the Aussies' delight, America were the culprits as they turned it over and Batt - the player of the match - steamrolled for a try to make it a two-point game.

Australia took this lead into the pivotal fourth quarter after just about managing to get over the goal line with 0.01 seconds left on the clock.

It turned into a difference-maker as those draped in Aussie colours inbounded to begin the quarter, an advantage they made no mistake in exploiting and the deficit increased to three.

The US kept battling for every possession, but time was not on their side and Australia managed the clock swiftly to ensure victory.

Earlier in the day, 2021 winners Japan settled for bronze after beating Denmark 61-57.

Japan, who took third-place at Tokyo 2020, were looking to demonstrate their powers once more while Denmark hoped to win a memorable medal.

The Danes, however, were at the mercy of the slick Asians who always seemed to give themselves breathing space with the lead.

Japan's intent on consolidating a spot on the podium was displayed in the early stages as they came out the traps quickly to lead 15-11 at the end of the first quarter.

The setback meant the Danish crowd was not as buoyant as they showed in previous matches against France and Australia, but they offered their support at every opportunity.

This was needed particularly after Japan extended their lead to five in the second quarter.

Then came a moment of brilliance from Mark Peters, who galvanised his team with a try and then an immediate steal to cut the deficit to 22-19.

However, a foul from Kristian Bak Eriksen led to Japan capitalising on the chance to restore a five-point gap.

By the time the players took their 10-minute half-time break, the score was set at 31-27 in favour of the 2010 bronze medallists.

A similar theme followed throughout the second half and Japan came away with the win.

Japanese captain Yukinobu Ike was named player of the match.