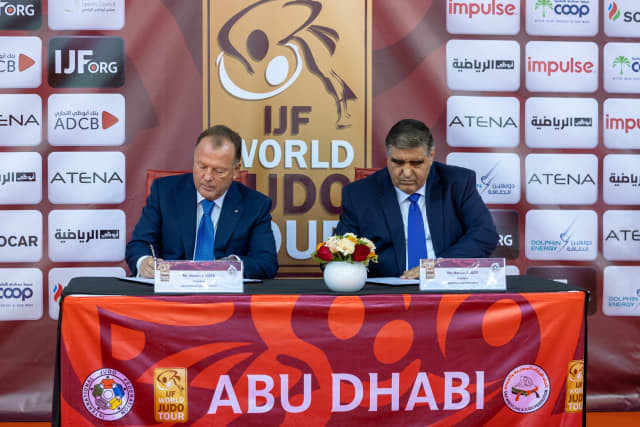 The Dushanbe Grand Prix is to be held from next year as a consequence of an agreement signed by IJF President Marius Vizer and TJF President Nurullo Loiqov in Abu Dhabi during this season's Grand Slam.

Tajikistan is to be on the World Judo Tour for at least the next four years.

"The event will be an unbeatable opportunity to promote a country and a region that love judo and that treasure top-level athletes," said Vizer.

"In this sense, the Grand Prix is an essential safe conduct to make themselves known."

Loiqov thanked the Mayor of Dushanbe, Rustami Emomali, for supporting efforts to host the tournament.

"We have been waiting for this moment for many years," said the TJF President.

"Judo is the number one sport in my country and we want to bring the best stars there.

"We have an ancestral sport called gustingiri which has many similarities to judo.

"We are a people of warriors and judo is our passion.

"Without [Emomali] whose support we would not be here today.

"The investment is important and the Dushanbe City Council will bear most of the cost, so it is only fair to pay tribute to our greatest supporters."

Emomali is the son of the Tajikistan's President and dictator, Emomali Rahmon, and is expected to be his successor as head of state.