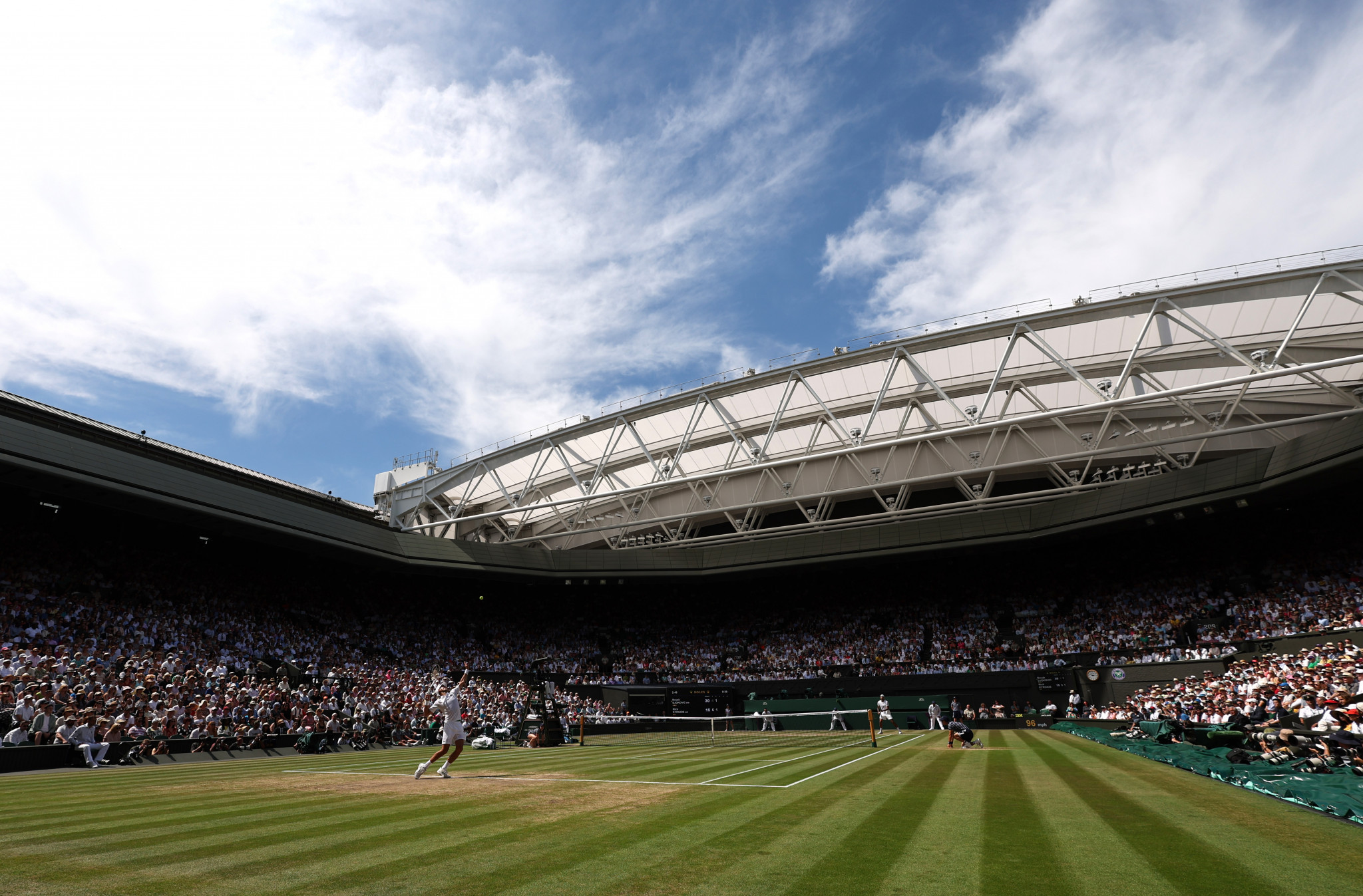 International Olympic Committee (IOC) President Thomas Bach has renewed his criticism of the British Government over Wimbledon's refusal to let Russian and Belarusian players take part in the tournament, on the same day organisers were hit with a fine of $1 million (£820,000/€950,000).

Following the invasion of Ukraine in February, the IOC recommended that athletes and officials from Russia and Belarus are excluded from international competitions as a "protective measure".

Russian and Belarusian players, though, were allowed to take continue playing on the Association of Tennis Professionals (ATP) and Women's Tennis Association (WTA) circuits, including the major Grand Slams.

"Governments should not be deciding on political grounds who is participating in which sport events," Bach said following the conclusion of the three-day IOC Executive Board meeting here.

"Qualification for sports events must be on sporting merits and not on political interference."

The ATP today announced that it had fined the Lawn Tennis Association (LTA), governing body for the sport in Britain, for the refusal to allow the players from Russia and Belarus to take part.

Bach claimed that the ban was not in line with previous agreements that the Government in London had pledged to honour.

"This is against all the commitments these Governments, and the British Government unfortunately is not the only one, made in their approval of these three or four UN resolutions in the last couple of years and the latest one on December 1," he said.

"These Governments voted for resolution by consensus where they say that they respect the Olympic Charter, which is the political neutrality of the IOC, where they emphasise the conciliative nature of sports events, and where they support the autonomy of sport.

"Today it's Russia and Belarus, tomorrow it's the next country and then the other countries coming back with counter sanctions."

Bach revealed that today's IOC Executive Board meeting had debated the position of Russian and Belarusian athletes in international sport for "several hours".

He claimed: "We need to explore ways to overcome this dilemma with regard to athletes' participation and come back to the sporting merits and not to political interference."

Shortly after the announcement that players from Russia and Belarus were to be denied entry to Wimbledon in July, the ATP and WTA retaliated by stripping the event of all ranking points.

As well as today's fine, it is also understood that the LTA has been threatened with expulsion from the ATP Tour if it repeats the ban next year.

The LTA said it is considering its response to the latest sanction and accused the ATP of a "lack of empathy" over the situation in Ukraine.

"The LTA is deeply disappointed with this outcome," the LTA said in a statement.

"The ATP, in its finding, has shown no recognition of the exceptional circumstances created by Russia’s invasion of Ukraine, or the international sporting community and UK Government’s response to that invasion.

“The ATP appear to regard this matter as a straightforward breach of their rules - with a surprising lack of empathy shown for the situation in Ukraine, and a clear lack of understanding of the unique circumstances the LTA faced.

"The financial impact of both this fine and the WTA’s fine will have a material impact on the LTA’s ability to develop and host tennis in this country.

"For example, we had intended to host a number of ATP Challenger level events to give more opportunities to lower-ranked players in the first quarter of 2023 and will now not be able to do this, particularly given the possibility of further fines.

"We will carefully consider our response and we await the outcome of our appeal against the WTA’s decision and sanction."

The British Government's Culture Secretary Michelle Donelan defended the approach adopted by the LTA and Wimbledon.

"Over the past year, the vast majority of the international sporting community have stood shoulder to shoulder in condemning [Vladimir] Putin’s unprovoked and barbaric actions in Ukraine," she said in a statement.

"The UK has taken a world-leading role to build this international response. We are clear that sport cannot be used to legitimise this deadly invasion, and that athletes representing the Russian or Belarusian states should be banned from competing in other countries.

"Despite widespread condemnation, the international tennis tours are determined to be outcasts in this, with investment in the growth of our domestic game hampered as a result.

"This is the wrong move by the ATP and WTA.

"I urge them to think carefully about the message this sends, and to reconsider."