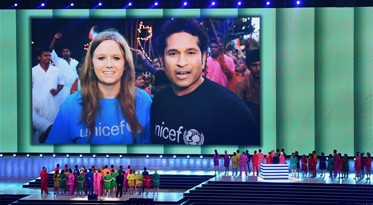 The statement outlines the Commonwealth sports movement’s ambition and responsibility to champion human rights, it is claimed.

Programmes, activities and agreements with future host cities and partners will promote the protection and enjoyment of human rights, the CGF promise.

"The Commonwealth Games and Commonwealth sport movement have a well-established history and proud heritage of uniting diverse nations and cultures through the power of sport - through our Youth Games, our Glasgow 2014 partnership with UNICEF and the new standards for inclusivity and gender-equality that are being set at Gold Coast 2018," David Grevemberg, the chief executive of the CGF, said.

"This human rights statement represents the next step in the CGF’s commitment to embed human rights within our governance, management systems, development, events, fundraising and marketing.

"We are proud to be able to publish it here in Sri Lanka."

The decision to launch the new policy following a two-day meeting of the CGF Executive Board here is ironic.

It was Sri Lanka's poor human rights record under the country's former President Mahinda Rajapaksa which many believe contributed to Hambantota's defeat to the Gold Coast in the campaign for the 2018 Commonwealth Games six years ago.

Sri Lanka was blocked from hosting a meeting of Commonwealth leaders in 2011, after Britain and Australia joined forces to protest at alleged human rights abuses.

Under Grevemberg, the CGF has increasingly tried to position itself as an organisation prepared to take a stand on moral issues.

Earlier this week it publicly praised Commonwealth Games Australia after they had come out in support of same-sex marriage.

This was despite the fact homosexuality remains illegal in at least 26 countries and territories who are members of the CGF.

In Nigeria and Uganda it is still technically possible that a man can be executed if he is found to have engaged in a relationship with a member of the same sex.

Grevemberg, an American, was also the driving force when he was chief executive of Glasgow 2014 for a deal with UNICEF, including a fundraising event during the Opening Ceremony.

In February, the International Olympic Committee (IOC) announced the incorporation of human rights principles into its Host City Contract.

The revised Host City Contract, developed with recommendations from a coalition of leading rights, transparency and athletes' organisations, will take effect from Paris 2024 onwards.

For the first time, the IOC has made specific reference to the United Nations Guiding Principles on Business and Human Rights, a set of guidelines for states and companies to prevent, address and remedy human rights abuses committed in business operations.

The Guiding Principles detail how commercial enterprises ought to assess human rights risks, take effective measures to prevent human rights issues, and guarantee a remedy for abuses that take place despite those efforts.

European football's governing body UEFA have also added a clause about human rights to their contracts.

There remains, however, concern over workers rights at stadiums being built for the 2018 and 2022 FIFA World Cup in Russia and Qatar respectively.