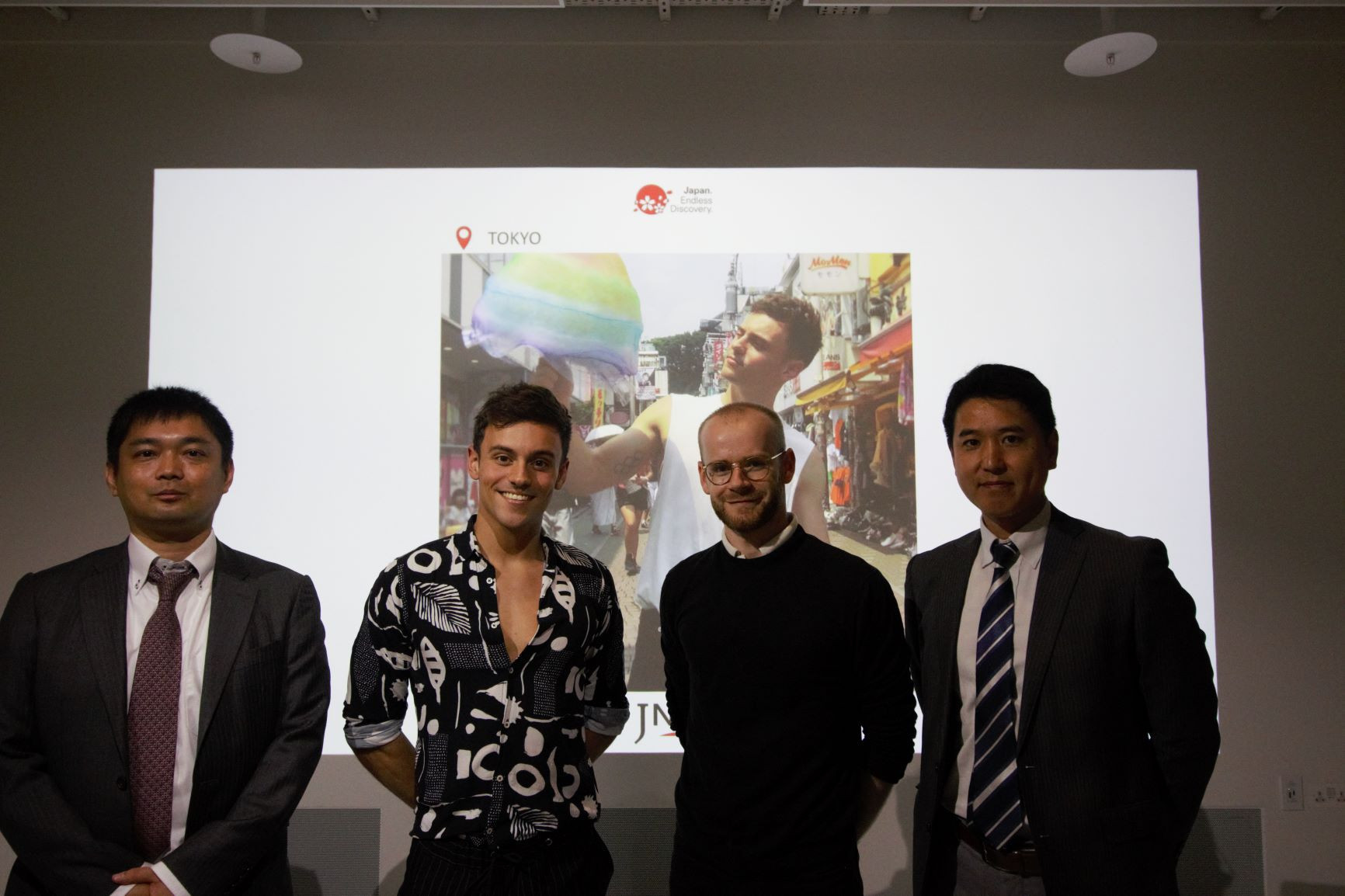 The Japan National Tourism Organisation (JNTO) has launched a cultural collaboration with British diver Tom Daley to boost tourism in the country prior to the Tokyo 2020 Olympic and Paralympic Games.

The project was unveiled at Japan House in London, where the JNTO hosted an audience with Daley.

The 25-year-old screened some of the footage he filmed for a mini-series on Japan at the event.

Daley travelled to Japan between August 1 to 8 to film for a six-part content series, which aims to showcase some of the culture and events in the country in the build-up to next year's Games.

Daley posts regularly on YouTube and has amassed a following of 804,751 subscribers.

The Briton produces videos on his sporting ventures as well as health and fitness tips.

Daley became the youngest person to win a European Diving Championship title in 2008 at the age of 14 and has since claimed three World Championship gold medals.

That record was broken earlier this week when Ukrainian Oleksii Sereda won 10m platform gold at the European Championships, age 13 years and 10 months.

Daley won Olympic bronze at London 2012 in the men's 10 metres platform and followed that up with a second bronze at Rio 2016 in the 10m synchro final.

He won bronze in the men's 10m synchro platform alongside compatriot Matt Lee at the World Aquatics Championships in Gwangju in South Korea last month.