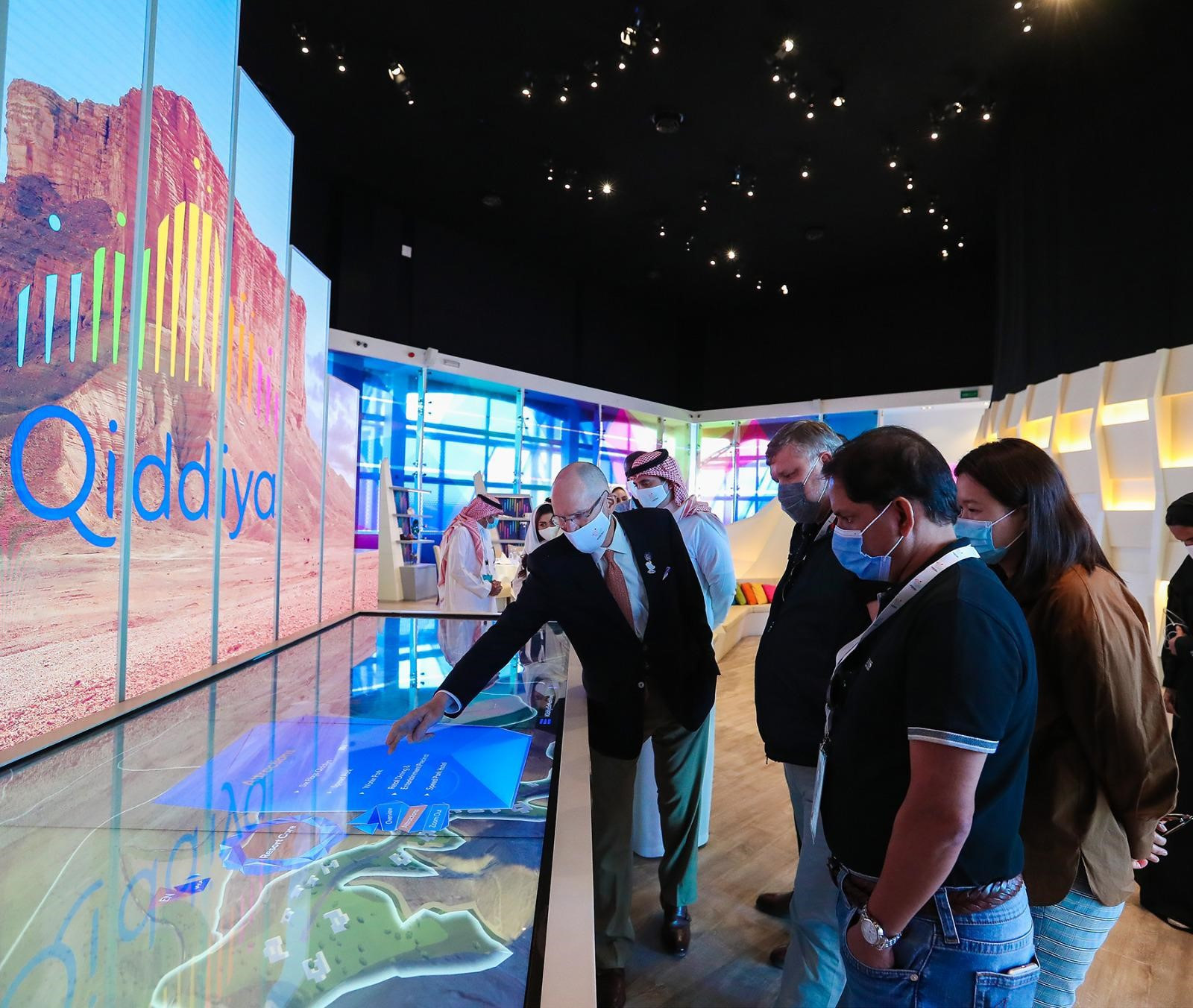 Members of the OCA Evaluation Committee were shown around the venues, landmarks and transport infrastructure that form the Riyadh bid for the 2030 Asian Games.

The Committee was also taken to a site in Qiddiya on the outskirts of Riyadh, where an Athletes' Village and Asian Games Park would be constructed.

"We had an excellent day with the OCA’s 2030 Evaluation Committee today and it was great to take the members to see, first-hand, our transformative plans for Riyadh 2030," said Prince Fahd bin Jalawi bin Abdul Aziz, Riyadh 2030 director general and SAOC vice-president.

"The OCA 2030 Evaluation Committee saw the essence of Riyadh 2030 come to life as they were guided through two zones of the city - the Diriyah Historical Zone and Qiddiya.

"Riyadh 2030’s vibrant Games plan promises to leave an enduring legacy with a celebration of sport that inspires and captivates a new generation of sports fans across the region."

Kryukov revealed the Evaluation Committee had been "very happy" with the visit.

"The Committee listened to the presentations, plans and preparations made by the bidding Committee to host the 2030 Asian Games, and also visited the various host venues for the Games, including the site of Qiddiya on the outskirts of Riyadh" he said.

"The Committee is pleased to see the enthusiasm of youth and the general public for the Riyadh bid, and also the involvement of various levels of Government, sporting federations and private sectors, as well as a personal involvement from national leaders.

"The Committee is very happy with what it saw, and believe that Riyadh has good potential to host a successful Games in 2030."

Saudi Arabia faces opposition from bitter political rival Qatar for the hosting rights after Doha, which staged the Asian Games in 2006, also submitted a bid.

Riyadh 2030 and SAOC President Prince Abdulaziz bin Turki Alfaisal said staging the OCA's flagship event would have a lasting impact on Saudi Arabia, which like Qatar has faced criticism over its record on human rights.

Saudi Arabia in particular has faced scrutiny over the country's treatment of women, with Prince Abdulaziz questioned on the involvement of women in the 2030 Asian Games.

Last month, Dalma Malhas, who won individual showjumping bronze at the inaugural Summer Youth Olympic Games in Singapore in 2010, was put in charge of the Riyadh 2030 Athletes' Commission.

"Women are already part of the development of sports in the Kingdom," he said.

"We have a number of athletes that have increased in the past couple of years, and 80 per cent of federations have female representatives.

"The inclusion of women within these federations will hopefully be 100 per cent soon.

"Everyone will be welcome to attend the Games.

"A lot of the leadership within the Committee are women, and a lot of our athletes who actually participated in the Olympics in 2016 or other events, have a lead role in this Committee and are the driving force behind a lot of what we are doing.

"Hopefully we will have more diversity and inclusion in the future, and the Games will be available for everyone."

The OCA is expected to choose the host for the 2030 edition at its General Assembly in Muscat in Oman on December 16.

The 2030 Asian Games race is a change from the OCA's familiar pattern of deciding on its preferred city and electing it unopposed.