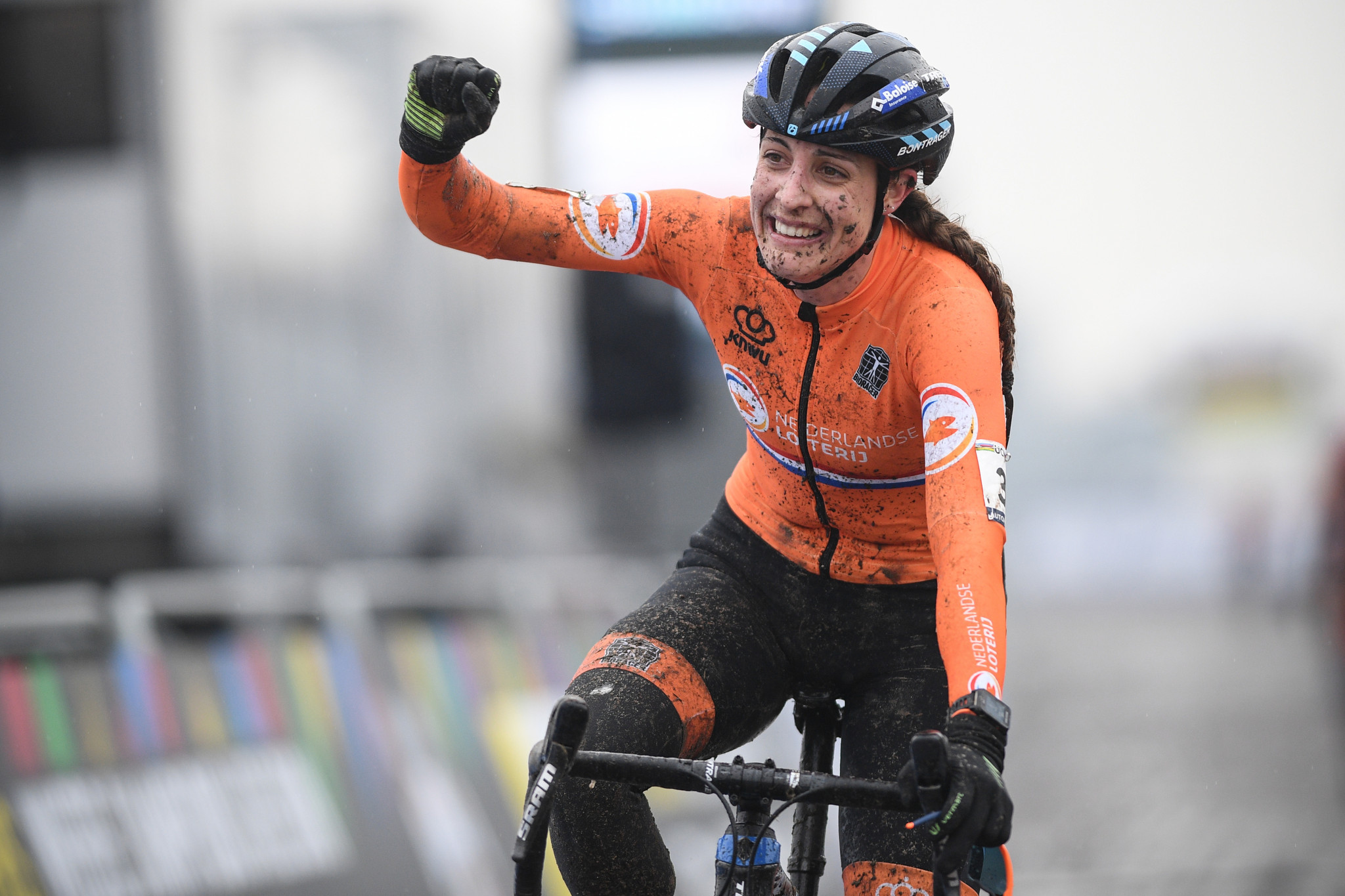 Ceylin del Carmen Alvarado of The Netherlands and Belgium’s Sanne Cant, the winners of the past two editions of the event, saw their challenge fade early after suffering crashes.

Denise Betsema set the pace on the first of five 2.9 kilometres laps, but was unable to shake the challenge of Annemarie Worst and Brand.

The duo caught Betsema at the end of the second lap, but Worst fell back after a crash.

She later battled back on the tough sand sections of the course to briefly take the lead.

Betsema’s challenge ended on the final sand section of the race as she was distanced by Brand and Worst.

Brand was able to clinch victory when Worst suffered a late crash, which allowed her to open up a gap.

Clara Honsinger of the United States was 52 seconds behind the winner, ending outside the podium places in fourth.

The Netherlands also celebrated success in the men’s under-23 event.

Pim Ronhaar topped the podium in a time of 49:47, crossing the line eight seconds clear of team mate Ryan Kamp.

Belgium’s Timo Kielich was third, 14 seconds behind the winner.

The men's elite and women's under-23 races are scheduled to take place tomorrow.