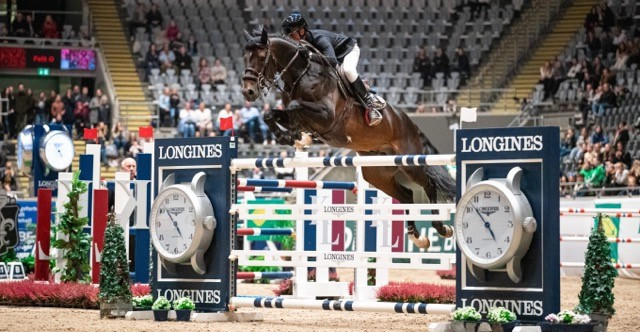 Kevin Jochems of The Netherlands prevailed in a jump-off to secure victory at the opening leg of the new Jumping World Cup Western European League season in Oslo.

Jochems, on board Turbo Z, held his nerve to seal maximum points towards the series final in Leipzig in Germany next April.

The Dutch rider was one of seven in the jump-off, topping the standings after earning zero penalties and clocking 44.77sec at Telenor Arena.

Victory ensured Jochems marked his World Cup debut in style and boosted his chances of making further appearances on the circuit this season.

Coming down to the wire, the jump-off gave us spills & thrills that saw final rider Kevin Jochems deliver a masterclass win aboard Turbo Z! ⁰⁰

"This was my first World Cup today and I’ve had a fantastic show here in Oslo," said Jochems.

"This was my first indoor show in a long time, so this is the best possible start to the indoor season.

"The Netherlands only has one spot in the World Cup series so it will be difficult, but I was told that if I get some points in Oslo I can do more events, so we will see."

The Jumping World Cup Western European League circuit is set to continue in Lyon on October 31.