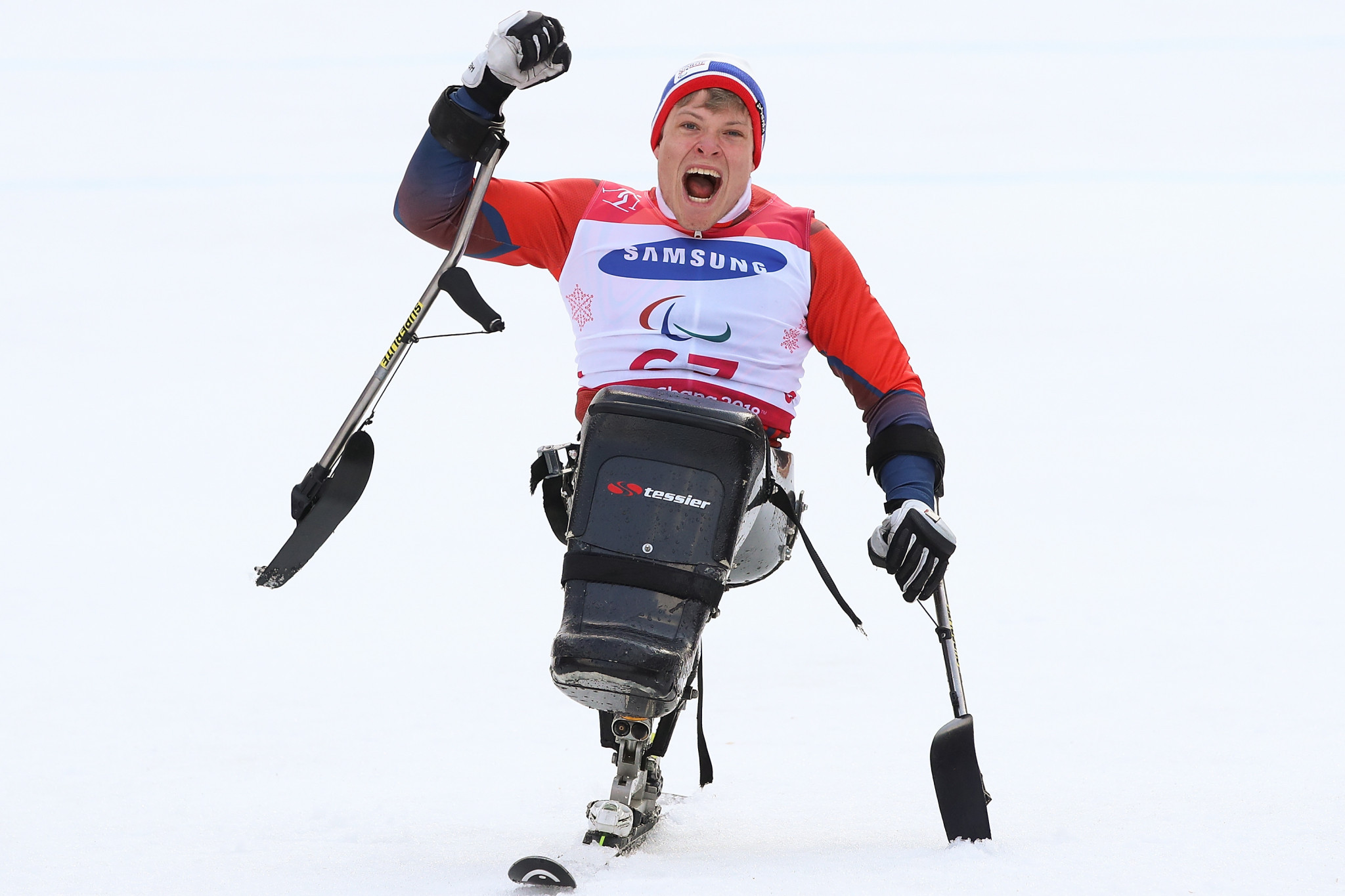 Dutch defending champion Jeroen Kampschreur had looked on course for victory, but slid out of the race with just two gates remaining on his second run at the Hafjell resort.

The Norwegian has also won silvers in the super-G and super combined events.

"To be able to take three golds here at home, it’s pretty amazing," he admitted.

"It’s been a lot of pressure of course, but I’m very happy to be able to take the three golds from here.

"I was hoping for this.

"This is what I’ve been training for these last three years so it’s amazing to be able to take home the golds from Norway.

"And now we can look forward to Beijing."

Victor Pierrel of France collected a first medal of the Championships as he finished second in 1:30.28, while The Netherlands' Niels de Langen was third in 1:31.37.

Frenchman Arthur Bauchet successfully defended his world title in the slalom standing event, with his closest rival for much of the race in Aleksei Bugaev of the Russian Paralympic Committee (RPC) falling in the closing stages and slipping to sixth place.

Bauchet finished in 1:25.47, which was 4.73 seconds quicker than reigning Paralympic champion Adam Hall of New Zealand.

The RPC's Alexander Alyabyev finished in 1:31.77 to take bronze.

The Finn clocked 57.90sec in a tight final, seeing off a challenge from Australia's Ben Tudhope and the United States' Evan Strong, who were 0.37 and 0.54 seconds slower respectively.

Paralympic champion Mike Schultz of the US was second, 1.56 seconds off the pace, with his compatriot Tyler Burdick taking bronze.

Maxine Montaggioni of France successfully defended his SB-UL title and earned his second gold of this year's Championships, overtaking Britain's James Barnes-Miller on the final turn.

In the women's events, three-time Paralympic medallist Cecile Hernandez of France came out on top in the SB-LL1 competition, recording a time of 1:05.82 to beat Pyeongchang 2018 champion Brenna Huckaby of the US by 0.20 seconds.

Bronze went to Switzerland’s Ellen Walther, who was 9.25 seconds shy of Hernandez.

The Netherlands' Lisa Bunschoten made it back-to-back SB-LL2 snowboard cross world titles and picked up a second gold of this year's Championships, finishing in 1:09.23.

Medals are due to be up for grabs in Alpine skiing, snowboard and cross-country skiing on the penultimate day of the Championships tomorrow.