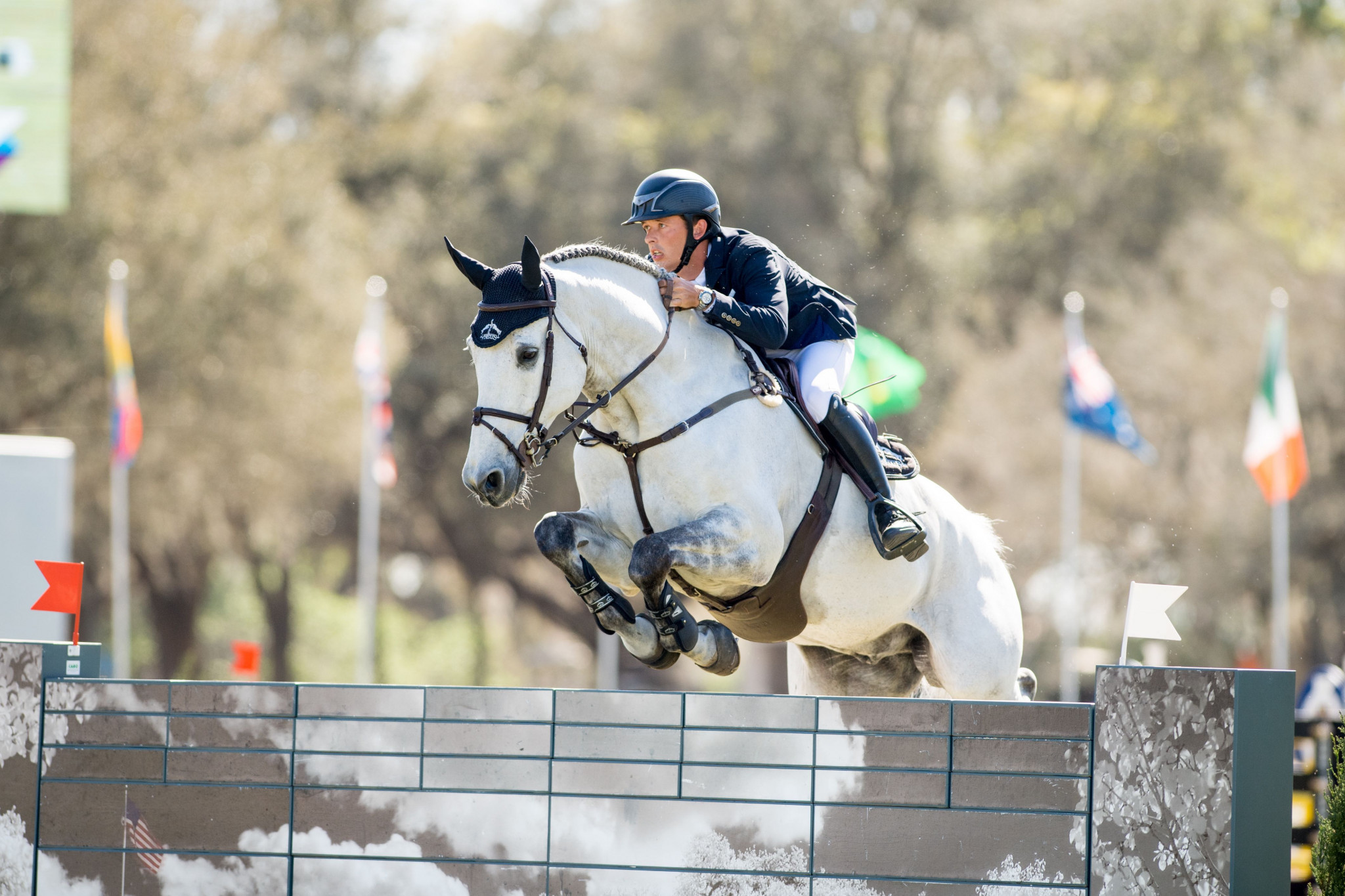 The 26-year-old, who claimed victory at the Grand Prix CSI3* in Wellington, finished first at the FEI Jumping World Cup in 37.67 seconds in the eleven-way jump-off with a furious gallop to the last.

"I think the main thing was to just stay [on the pace]," Allen said.

"I maybe added one more [stride] to the double, and then we were very fast.

The course was drawn by the Olympic course designer Olaf Peterson and featured tight turns, long gallop lanes and eye-catching themed fences, including a 1.60m plank, which resembled a post and rail wood fence.

"He loves the grass, and the ground here is fantastic."

Second place went to Ireland’s Daniel Coley with his mare Legacy, clocking a time of 38.03, while European Champion Andre Thieme of Germany and DSP Chakaria rode clear but not fast enough and finished third in 39.01.

"I saw that Daniel was maybe over a second quicker than [Andre], which I didn’t think was possible," said Allen.

"So, I knew I had to give it everything, and it all came off and everything was actually very fast and well, and he really tried hard."

Conor Swail of Ireland finished fourth today, but he is still leading the standings with 74 points.

He won three World Cup events at Vancouver, Sacramento and Fort Worth.

The Canadian Tiffany Foster is in second with 59 points and American Natalie Dean third on 41 points.

The FEI Jumping World Cup Final is scheduled to run from April 6 to 10 in Germany's eighth most populous city, Leipzig.