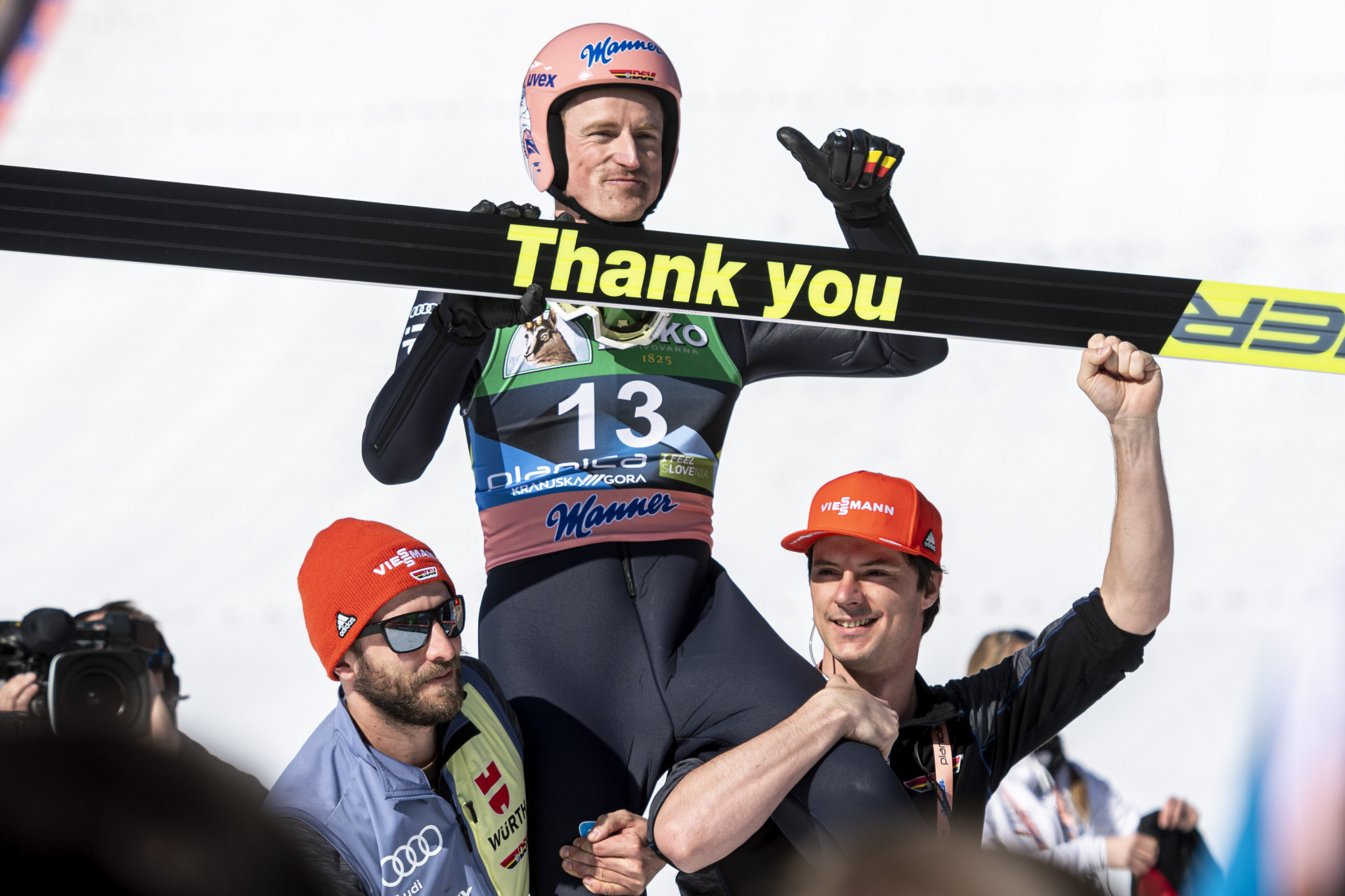 Freund helped Germany to win gold in the large hill team event at the Winter Olympics eight years ago.

In 2015, he won two golds at the International Ski Federation Nordic World Championships in Falun in the individual large hill and mixed team normal hill.

He also triumphed in the team large hill event at last year's World Championships in Oberstdorf.

Freund had struggled with injuries in recent years, but looked back on his career with fondness.

"Of course, there comes a point when you dream of certain things that you want to achieve, but I would have never expected that so many beautiful things will happen," he said.

"Even if there were difficult times as well, I can say today that it was absolutely perfect."

The now 33-year-old competed at his first Ski Jumping World Cup in 2007.

He medalled 53 times at 250 events including 22 victories, most recently at Ruka in November 2016.

He finished 28th in the last World Cup event of his career in the Slovenian resort of Planica in the men's flying hill individual competition.