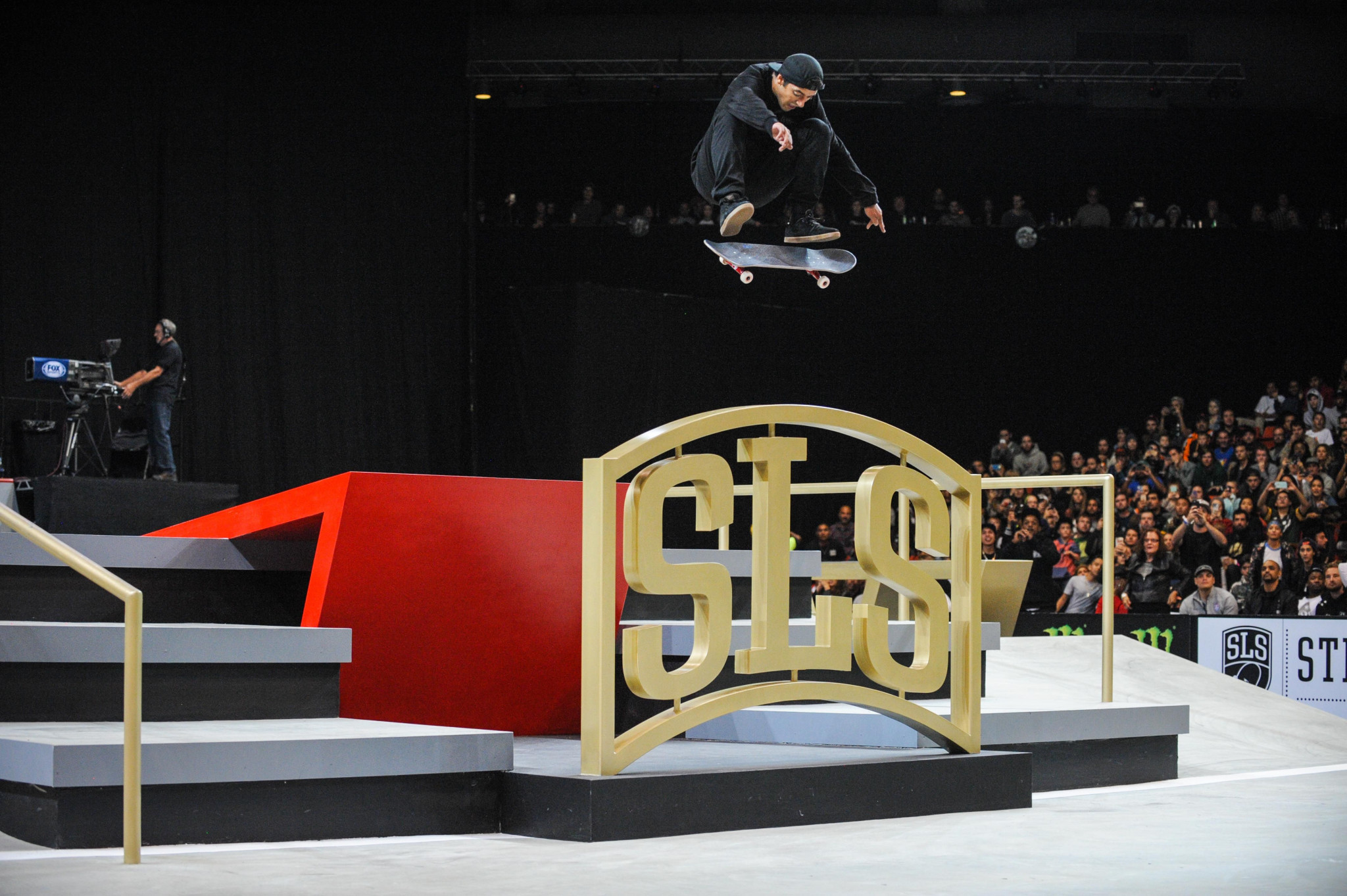 Jacksonville in the United States is set to host the inaugural stop of the 2022 Street League Skateboarding (SLS) Championship Tour as the four-event schedule has been released.

The Floridian city is due to welcome the sport's biggest stars from July 16 to 17 at the VyStar Memorial Arena before the series is set to move to the Angel of Winds arena in Seattle on August 13 and 14.

Las Vegas' UFC Apex is then scheduled to host the third event from October 8 to 9 before the SLS goes to Rio de Janeiro for the season finale.

The Super Crown Championship is due to take place at the Arena Carioca 1 in the Brazilian capital from November 5 to 6.

"For over a decade, SLS has paved the way for street skateboarding’s rise and created a generation of fans with its unrivalled live event experience," said Joe Carr, chief executive of Thrill One Sports and Entertainment, SLS' parent company.

"Now, building on last year’s successful relaunch, we are excited for the tour to return to packed indoor arenas.

Full schedule and link to sign up for Jacksonville presale at https://t.co/5OrMXfmFPi 👈 pic.twitter.com/LOmXF2o7L9

"We also look forward to once again taking the SLS brand global with the Super Crown World Championship heading back to a skate-obsessed Brazil.

"Some of SLS’ biggest moments have happened here and the league can’t wait to make history again in Rio."

Fifty of the world's best skaters are set to compete in the season opener including defending champion Jagger Eaton of the United States and Brazil's Pamela Rosa.

Horigome, who is a multiple SLS event winner in addition to being the first Olympic street skateboarding gold medalist, is due to compete in Street League for the first time since 2019.

The SLS events fed into qualification for Tokyo 2020 and it will continue to provide a pathway for the next generation of skateboarding talent to compete at the highest level.

A pre-season invitational Tour Qualifier event is scheduled for Primitive Skatepark in Los Angeles on June 5 where athletes will compete for a chance to earn a spot on the upcoming Championship Tour.