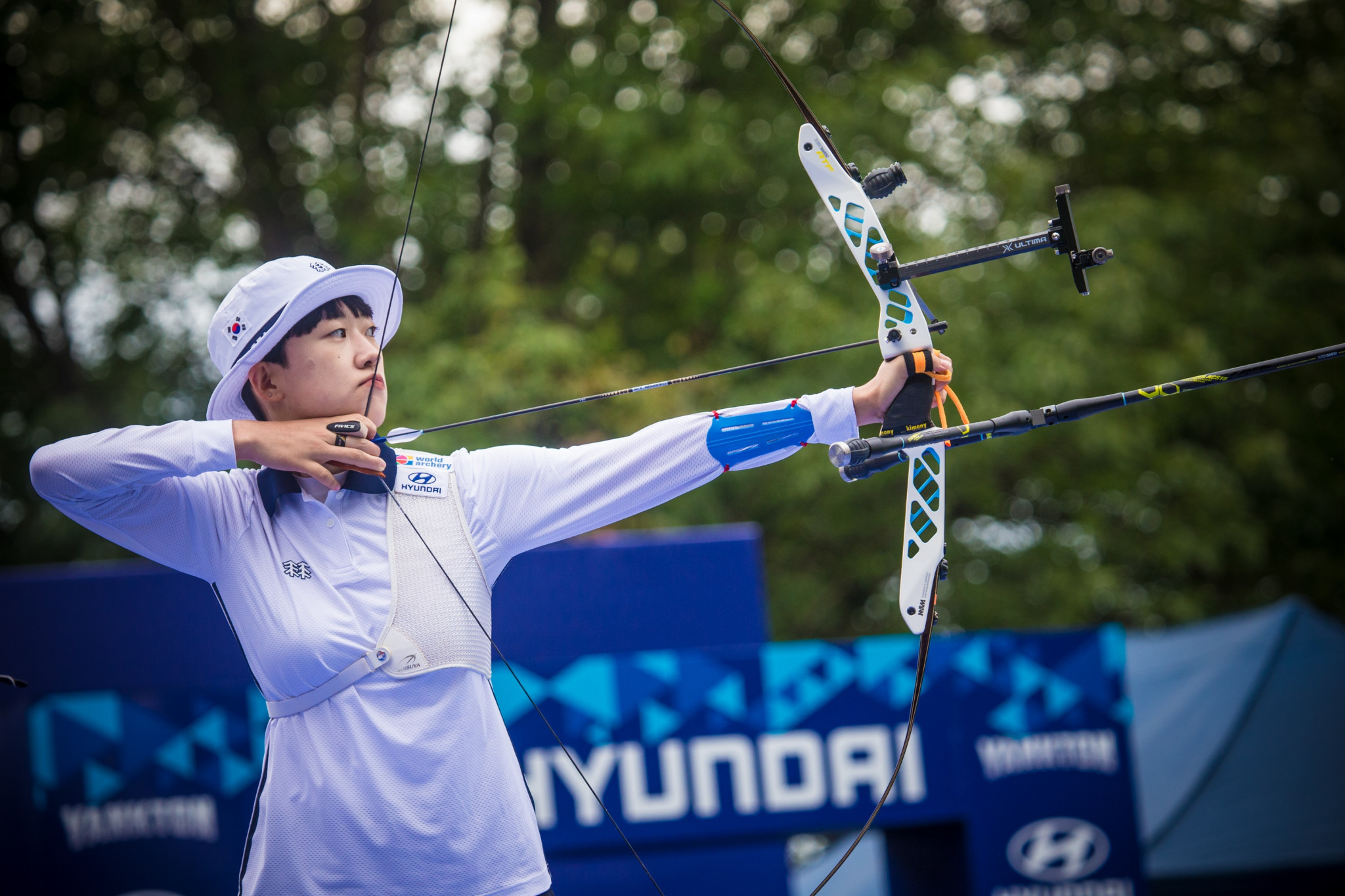 Five Tokyo 2020 Olympic gold medallists have been named in South Korea's archery team for the Asian Games in Hangzhou as they target more major honours.

The squad selection for the new season was made following a series of tense trials in South Korean city Gwangju.

An San will be hoping to add Asian Games success to her Olympic titles having clinched golds in mixed team, women's team and women's individual at Tokyo 2020 Olympics.

Kang Chae-young was part of the gold medal-winning women's team in Tokyo and has been selected to represent South Korea at Hangzhou 2022.

San and Chae-young are joined in the women's recurve line-up by Olympic and world champion Choi Mi-sun and 21-year-old Lee Gah-yun, who is graduating to the senior line-up after previously representing Korea at youth internationals.

"As usual, these trials were a competition where I was able to feel the strength of Korean archery," said 40-year-old Oh, who won individual gold at London 2012.

"Four years have passed and now I am challenging the Asian Games again," said Jong-ho.

"I will work hard to prepare to show that not only Korea's recurve archers can be the best in the world, but that our compound archers be the best, too."

South Korea is the dominant nation in archery at the Asian Games, winning 42 golds, 25 silvers and 16 bronzes.

This year's Asian Games, scheduled to be held September 10 and 25, will offer 10 medals for the first time, with full recurve and compound event programmes.