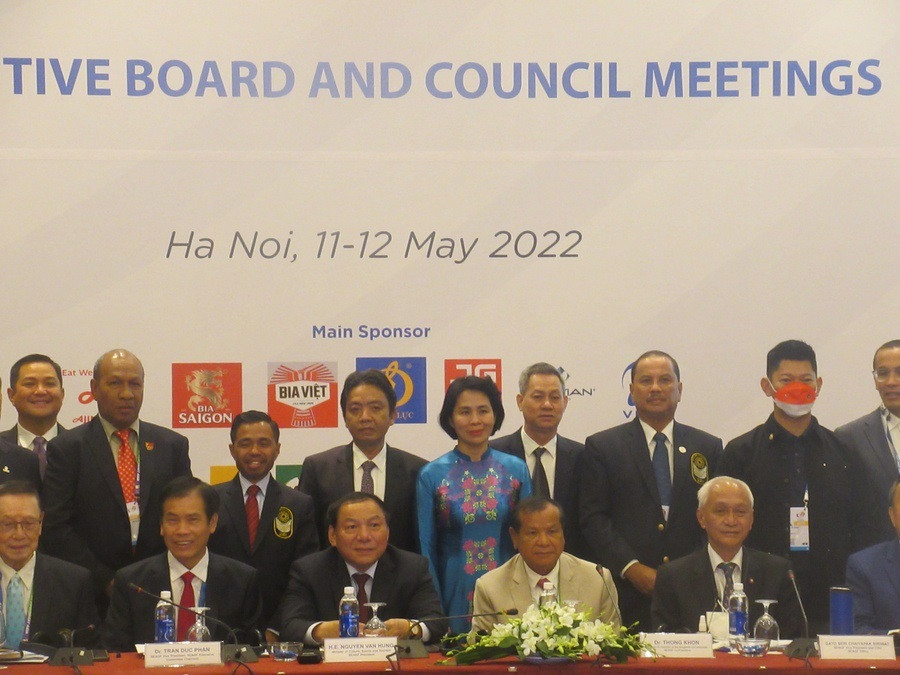 Thailand, Malaysia and Singapore have been named as the hosts of the respective 2025, 2027 and 2029 editions of the Southeast Asian (SEA) Games.

The SEA Games Federation Council revealed the locations of the three editions at a meeting held in Hanoi in Vietnam which, is currently staging this year’s delayed SEA Games.

With next year’s SEA Games due to take place in Cambodia, the Council confirmed that Thailand will play host in 2025 followed by Malaysia in 2027 and Singapore in 2029.

Thai capital Bangkok is set to be the host city for the Games in 2025.

According to reports, the 2027 edition had been earmarked to take place in Brunei only for the country to withdraw its interest.

Malaysian capital Kuala Lumpur has now been awarded the rights for the 2027 Games - 10 years after it last played host.

The SEA Games Federation Council meeting was attended by representatives from all 11 National Olympic Committees (NOCs) from the region.

Nguyen Van Hung, head of both the SEA Games Federation and Vietnam Olympic Committee, called on all teams to use Hanoi 2021 - which opened on May 12 and is due to run until May 23 - as a "stepping stone" to continental and world events.

"The SEA Games is not only about the sports competitions here, it is a place where we can practice, learn and enhance our competitive capacity to lead into the Asian Games and Olympic Games," said Van Hung who is also Vietnam’s Sports Minister.

"Through sport, unity, solidarity and mutual understanding and cooperation have developed between our countries.

"Some of the sports events have started already, and through this you can feel the beautiful emotions and love of the Vietnamese people extended toward the athletes of all countries."

Organisers of the 2023 SEA Games in Phnom Penh in Cambodia also gave an update on preparations for the event at the meeting in Hanoi.

Vath Chamroeun, secretary general of the NOC of Cambodia and vice-president of the SEA Games Federation, confirmed that the Torch Relay would start at the Angor Wat temple in Siem Reap on February 12 in 2023 before travelling through the other 10 countries in the SEA region.

It is then due to return to Cambodia for the Opening Ceremony in Phnom Penh, scheduled to take place on May 5 next year.

The meeting also saw the SEA Games Federation’s Women and Sport Committee urge all 11 NOCs to establish a women and sport committee and increase women’s participation on the Council to 30 per cent.

The call comes with the aim of ensuring that one in three of the delegates from each NOC will be female when the Council is next due to meet in Cambodia in May next year.