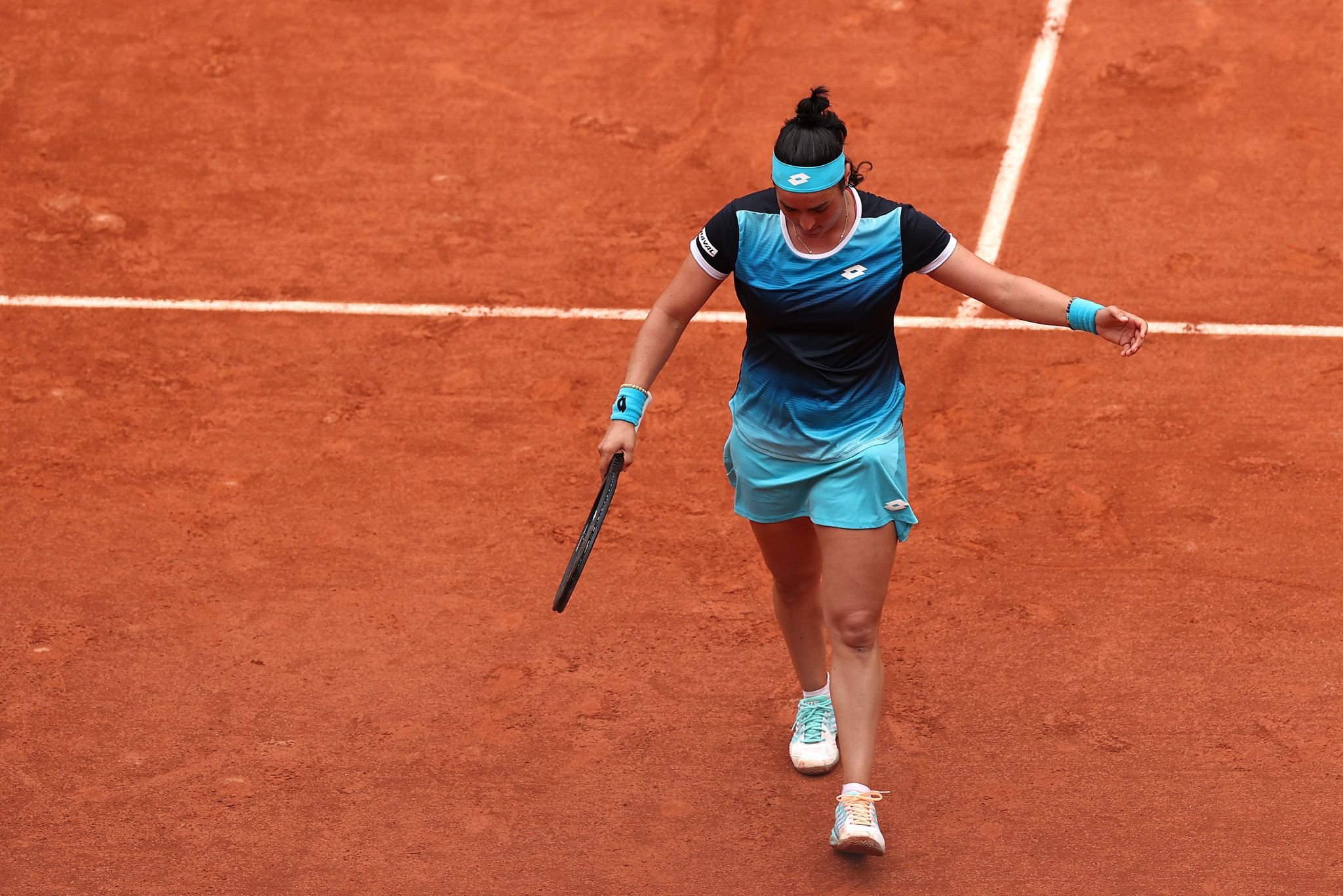 Tunisia’s Ons Jabeur and Spain’s Garbiñe Muguruza crashed out on the opening day of the women’s singles at the French Open.

The two top-10 seeds both surrendered leads to lose in three-sets in Paris with Jabeur going down to Polish world number 56 Magda Linette and Muguruza falling to Estonia’s Kaia Kanepi who at 36 is the older player in the women’s main draw at Roland Garros.

Jabeur arrived in the French capital as one of the big contenders for the title having racked up 17 wins on clay this season - more than anyone else on tour.

As well as winning the Madrid Open, Jabeur had reached the finals at the Charleston Open and Italian Open.

The Tunisian sixth seed broke Linette three times in the first set as she moved out in front before unseeded Pole pulled off a superb fightback.

Linette battled hard to draw level, taking the tie-break 7-4, before edging a tight deciding set to triumph 3-6, 7-6, 7-5 on the Philippe Chatrier.

Another big shock on the first day was the exit of 2016 French Open champion Muguruza.

The victory was Kanepi's 19th career win against a seeded player in the first three rounds of a Grand Slam.

American Sloane Stephens, a French Open finalist in 2018, was forced to dig deep to defeat qualifier Jule Niemeier of Germany 5-7, 6-4, 6-2.

Camila Osorio of Colombia and Brazil's Beatriz Haddad Maia ensured there were two South American players in the second round.

Sorana Cirstea of Romania was the first winner of the day as she defeated Germany's Tatjana Maria 6-3, 6-3, while Switzerland’s Jil Teichmann lost just three games in a 6-2, 6-1 win over American Bernarda Pera in just over an hour.

Muchova claimed a 6-3, 6-3 victory over France’s Carole Monnet, Siniakova edged Petra Martic of Croatia 6-4, 7-6 and Bouzkova saw off Russian Anastasia Gasanova who is competing as a neutral.