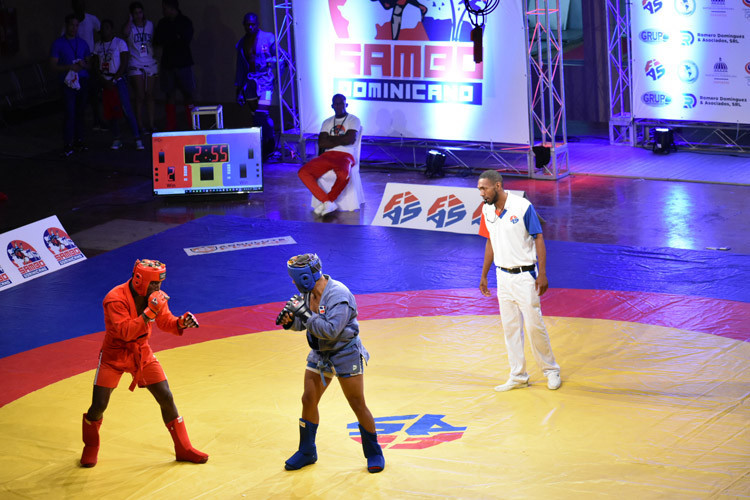 Competition was held for men and women in both traditional sambo and combat sambo.

More than 100 athletes participated, with the Amateur Federation of Sport and Combat Sambo of the Dominican Republic President Eliseo Romero saying the hosting of the event would help sambo development in the nation.

"Dominican sambo writes a new chapter in the history of its development with golden ink thanks to the successful holding of such a large-scale tournament," said Romero.

"More than 100 sambists from six countries competed for the awards of the tournament, demonstrating their skills and will to win; and the Dominican Sambo Federation has once again shown its ability to organise international competitions at a high level.

"I would like to express my gratitude to everyone who helped bring this event to life and to note the great work of functionaries, coaches, referees, doctors, technical staff, representatives of the press and other participants of the process."

Fighters from Colombia, Costa Rica, Germany, Haiti, Venezuela and the Dominican hosts competed in the Open Cup on May 14.

The day before the competition, a masterclass was held for all participants, informing them of all the latest sambo rules, which included an update on laws on warnings, which have led to several penalties being cancelled.

These rules were updated at the start of May by the International Sambo Federation Executive Committee.

The Internacional Open Sambo Cup was held at the Fencing Pavilion of the Juan Pablo Duarte Olympic Centre.

The Dominican Republic won 13 gold medals to finish top of the table, while Colombia were second with six golds.

Venezuela and Costa Rica were joint third with two titles each.

The tournament was held in preparation of the Pan American Sambo Championships - scheduled for September 9 and 10 in Alajuela in Costa Rica - as well as a test event for when Dominican Republic holds a Sambo World Cup in future.