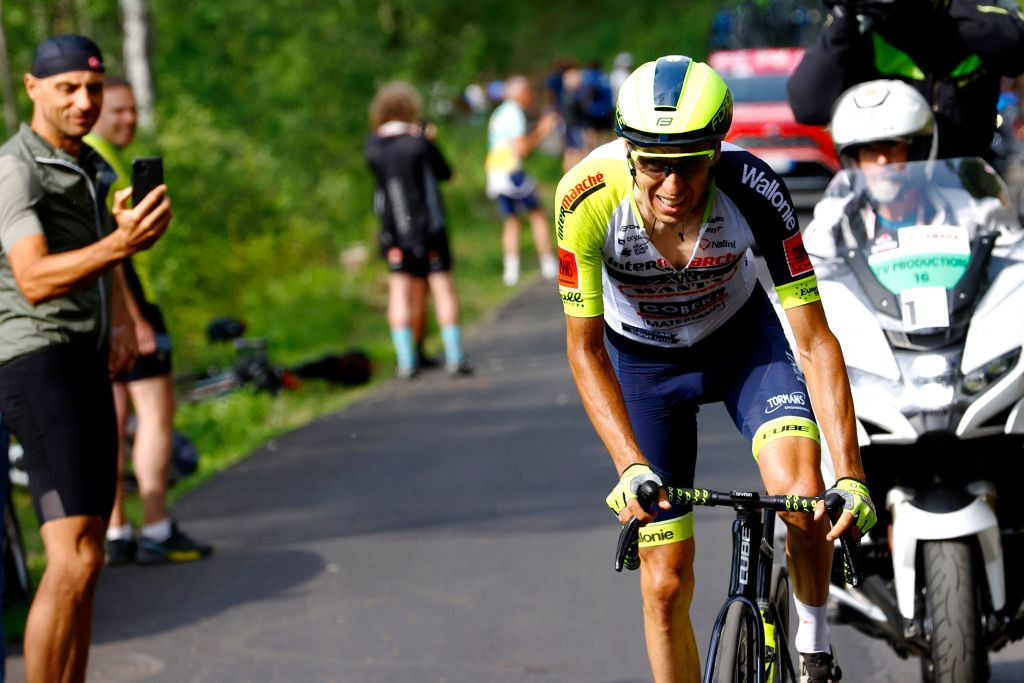 Jan Hirt won the challenging 16th stage of the Giro d’Italia after attacking 10 kilometres from the end on a day when Ecuador’s Richard Carapaz saw his overall lead cut to three seconds by Jai Hindley of Australia.

It was a first Grand Tour stage win for the 31-year-old Czech rider on what was regarded as the toughest section of the event which included three punishing climbs on the 202km (125.5 miles) course from Salò to Aprica.

Hirt, riding for Intermarche-Wanty-Gobert Materiaux, timed his move perfectly after being part of the breakaway for the majority of the day, attacking on the ascent of the Valico di Santa Cristina - the third big climb of the day - and moving clear.

The drama doesn't stop at the Giro d'Italia 😱

Dutch rider Thymen Arensman, of Team DSM, tried to match the leaders on the climb and then on the final five kilometres descent, but finished 10 seconds back.

It did succeed, however, in helping team-mate Hindley to reduce the deficit in the General Classification from seven to three seconds as he earned four bonus seconds for finishing third ahead of Carapaz in a tight sprint finish.

They came in 1min 24sec behind Hirt, with Joao Almeida of UAE Team Emirates keeping himself in the picture as he came fifth at +1.38, with Vincenzo Nibali sixth at 2:06.

The pressure is now firmly on the Ineos Grenadiers rider who won Tokyo 2020 gold in the road race and is seeking a second Giro win after his 2019 success.

The 21-stage Grand Tour is due to conclude in Verona on Sunday (May 29).