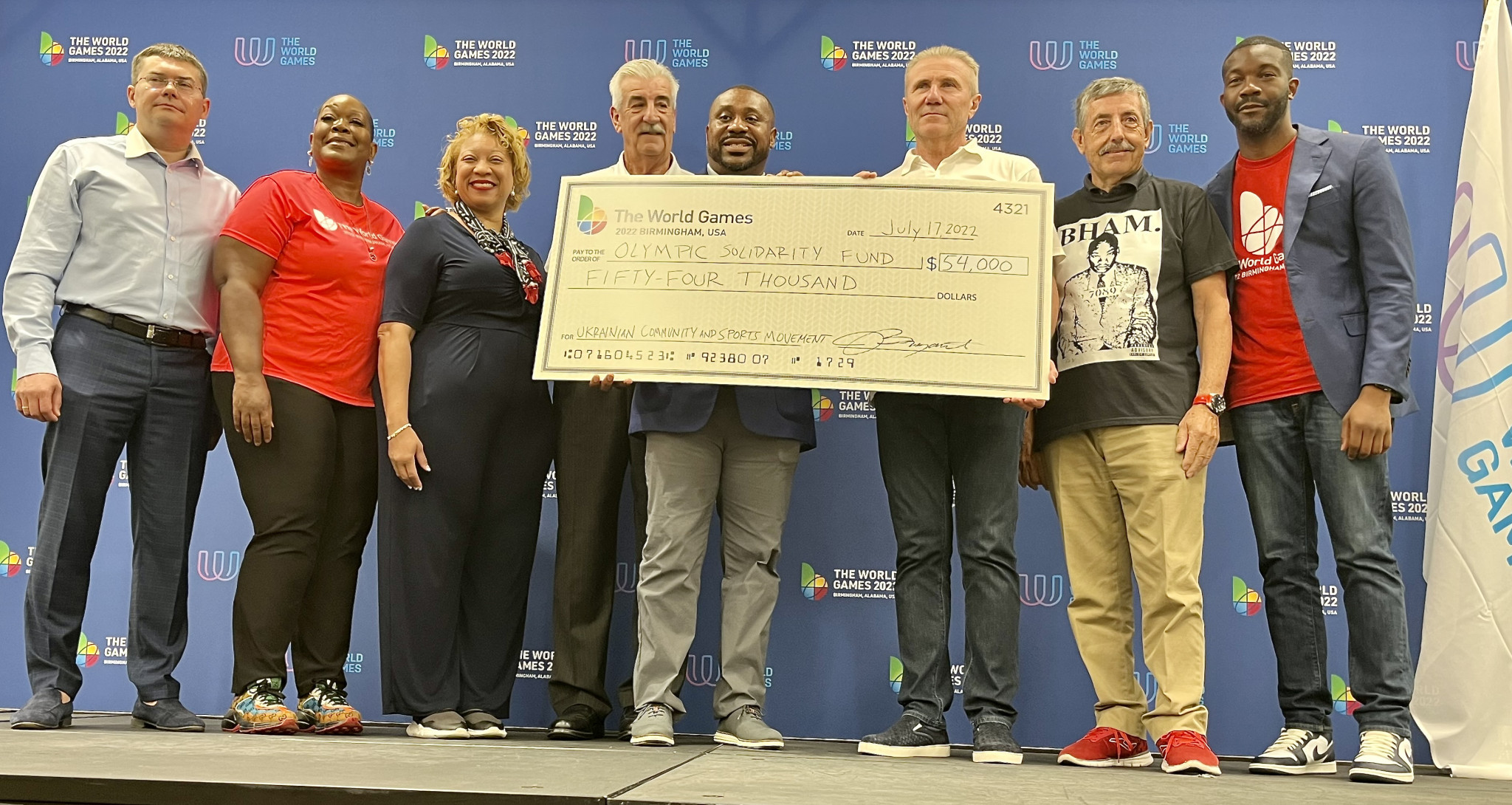 Organisers of the competition pledged to commit $1 (£0.80/€1) from each ticket and piece of merchandise sold since April 1 to aid the Ukrainian community and national sport through the Olympic Solidarity Fund.

The official presentation of the donation was made yesterday prior to the Closing Ceremony at Protective Stadium, with a cheque being handed to National Olympic Committee of Ukraine President Sergey Bubka.

"Solidarity all over the world for Ukraine is so huge," Bubka, an International Olympic Committee member and World Athletics vice-president, said.

"Thank you very much for your support, for you believing in us.

"We will never forget your support.

"Thank you very much from the bottom of my heart, and this is something very special."

Russia and Belarus, its ally which has supported the invasion, were banned from Birmingham 2022 in response to the war.

Ukraine's World Games delegation won 16 gold, 12 silver and 17 bronze medals to finish third in the medals table behind Germany and the United States.

Bubka, who is an Olympic pole vault gold medallist and six-time world champion, added that the country is "proud" of the athletes' performances, despite the harrowing war at home which has changed their lives forever.

The United Nations reported on July 12 that at least 5,024 civilians have been killed in Ukraine since Russia launched a full-scale invasion on February 24.

It fears the correct figure is considerably higher.