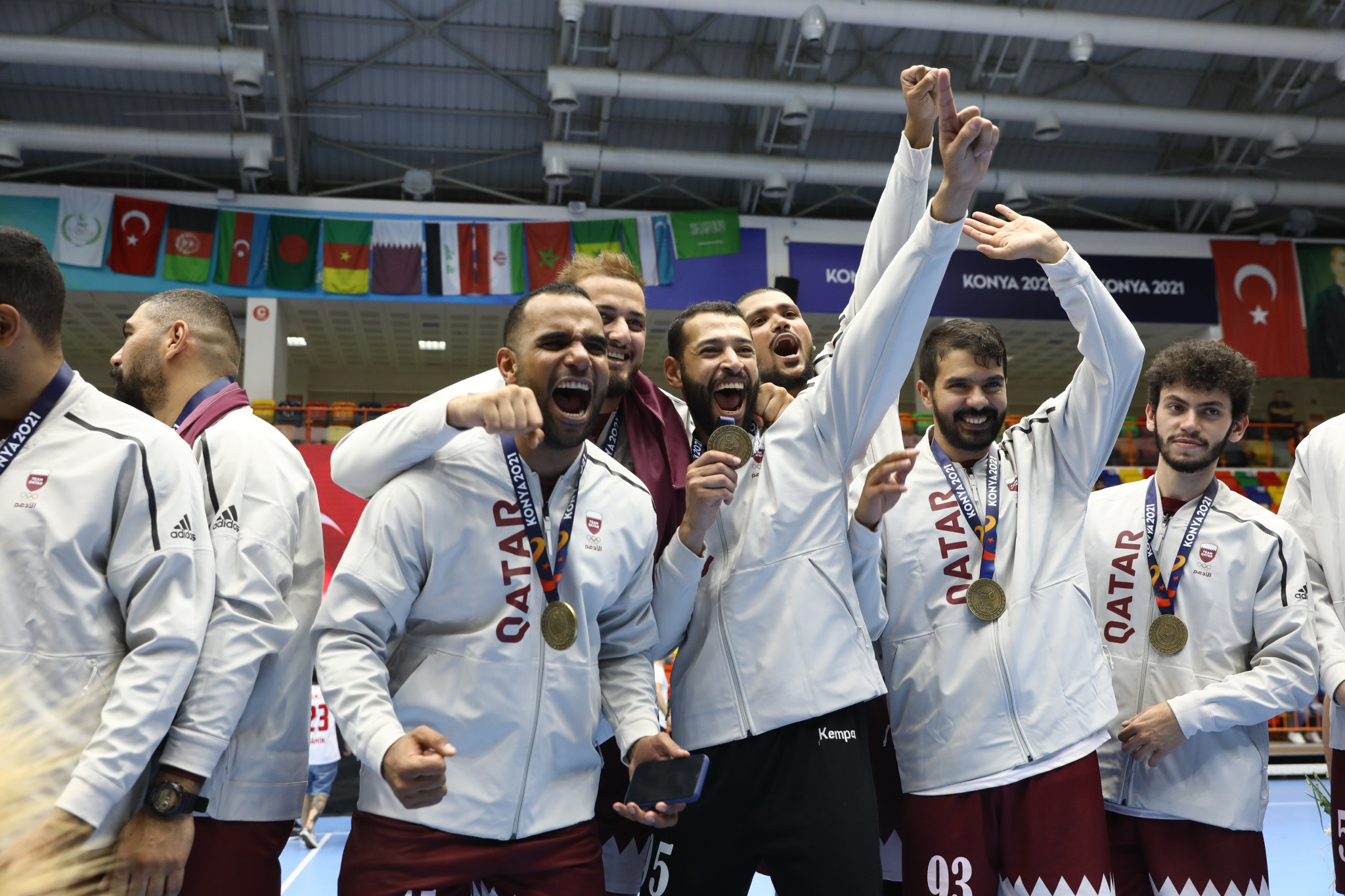 Qatar dashed Turkey’s hopes of a handball double as they captured the men’s title at the Islamic Solidarity Games here thanks to a devastating display by Amir Denguir.

Turkey overcame Azerbaijan 30-24 to win women’s gold but the men’s team were unable to add to that success as they lost 26-23 to Qatar at a raucous Selcuklu Municipality Sports Hall in Konya.

Denguir was the key man for Qatar, often proving too hot to handle for Turkey as he rattled in 10 goals and notched numerous assists.

Abdelrahman Abdalla also proved to be a thorn in Turkey’s side, scoring seven goals in Qatar’s triumph.

Denguir netted six of his goals in the first period as Qatar established a 14-10 lead at half-time after finding an extra gear to pull away from the hosts.

Turkey had it all to do but they refused to give in as they drew level at 15-15 following a penalty from Samet Kamberoglu.

It was an absorbing contest as Turkish goalkeepers Enıs Yatkın and Huseyın Bereket came to the rescue on numerous occasions.

Kamberoglu put Turkey back in front at 19-18 when he scored from distance with just over 10 minutes to go.

Denguir then stepped up to the plate, unleashing a series of powerful shots that put Qatar in command.

Baran Nalbantoglu struck late to give Turkey hope only to run out of time as tempers flared at the end of the match.

Turkey’s women’s team made a slow start in their gold-medal match against Azerbaijan before prevailing in impressive fashion.

Azerbaijan led 5-2 after 10 minutes before Turkey came alive, clawing their way back before edging ahead for the first time when Cansu Akalın scored from the rebound.

Akalin notched three in the first half while Yasemin Sahin helped herself to four to put Turkey 14-10 in front at the break.

Turkey established an eight-goal lead at the start of the second period with Neslihan Calıskan coming to the fore.

Calıskan finished with five goals along with Sahin, while Aysenur Sormaz struck twice late on to ensure there was no way back for Azerbaijan.

Turkey added four more golds to their swimming tally, with Baturalp Unlu winning the first of those after clinching the men’s 200m freestyle title in 1min 49.62sec.

Berkay Omer Ogretir came out on top in a Turkish one-two in the men’s 200m breaststroke final in 2:11.92, beating compatriot Demirkan Demir who recorded 2:12.01.

The men’s 200m individual medley was won by Algeria’s Syoud Jaouad who clocked 2:00.91 for victory.

He finished ahead of Turkish pair Sanberk Yigit Oktar and Berke Saka who touched the wall in 2:01.87 and 2:02.35 respectively to take podium places.

Turkey finished the day on another high, securing the women’s 4x200m freestyle relay title in 8:20.60.

Azerbaijan triumphed in the mixed pairs and Turkey emerged victorious from the trio final.

There were more medals handed out in the rhythmic gymnastics with Zohra Aghamirova of Azerbaijan earning clubs and ribbon golds.

Iryna Shchukla of Turkey picked up the women’s sabre individual title after edging Azerbaijan's Palina Kaspiarovich 15-14 in the final.

Turkey also had success in the weightlifting competition as Dilara Narın won the clean and jerk and overall titles in the women’s 81 kilogram category, with Iran’s Seyedehelham Hosseini earning snatch gold.

Sarvarbek Zafarjonov of Uzbekistan also swept to victory in the snatch, clean and jerk and overall in the men’s 89kg class.