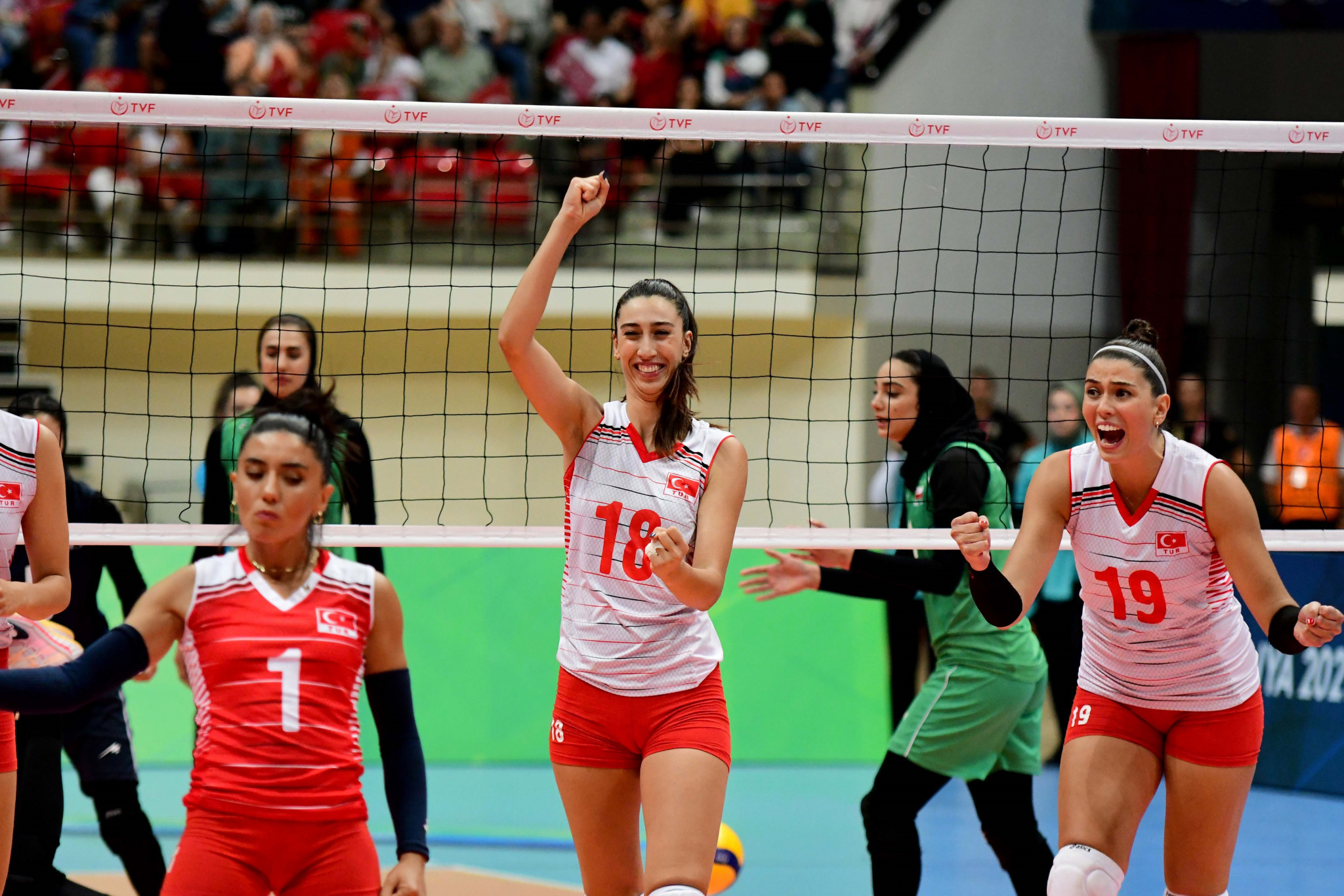 Turkey swept to the women's volleyball title in front of an jubilant home crowd at the Islamic Solidarity Games as Iran tightened their stranglehold on the men's crown here.

Turkey overpowered Iran as Erkek Yaprak topped the scoring with 15 points, while Akyol Aycin and Aydin Ilkin notched 13 and 11 respectively.

Iran held Turkey to 4-4 in the opening exchanges before the hosts found an extra gear, with Akyol Aycin and Yaprak prominent at the net.

Yildirim Yasemin also made some crucial blocks as the hosts claimed the first set in emphatic fashion.

Turkey then surged into a 4-0 lead with Yaprak landing some huge smashes.

There was no stopping them as they powered 11-2 in front with Aycin finding her target.

Iran clawed their way back to within seven points at 12-5 but Turkey were too strong as Ilkin increased her tally to 11 with some heavy-hitting.

Kapucu Ceren dispatched the set point with a smash down the line.

Iran managed to edge 4-3 ahead at the start of the third set only for Turkey to win the next five points.

They continued the momentum, hammering down big shots with Yarpak and Ilkin in dominant form at the net.

Turkey completed the triumph when Iran failed to return Kanbur Idil Naz's serve that clipped the top of the net.

Iran quickly made their presence felt, winning the opening four points before Yvan Arthur Kody Bitjaa finally got his team off the mark.

Cameroon reduced the deficit to 7-5 but this was as close as they came in the first set as their opponents powered clear with Amirreza, Homayounfarmanesh, Yali looking menacing at the net.

Iran took the first set when Arnaud Amabaya dumped a serve into the net.

Iran managed to move 12-10 ahead before Cameroon reeled off the next six points, with the last of those coming off the hand of Bitjaa.

The second set was sealed courtesy of miscommunication at the net by Iran.

There was little between the two sides in the third set, with Cameroon moving 20-17 in front thanks to brilliant play at net by Adjessa, but Iran refused to go away, drawing level at 22-22 before Farjouji Ali Haji Pour stepped up to the plate with two key smashes to clinch the third set.

With momentum firmly in Iran's favour, they pulled clear at the start of the fourth set and never looked back.

Cameroon had no answer to the aggressive play with Pour continuing his scoring form to help put his side 24-12 in front.

Two match points were saved before Iran wrapped up the victory when Ivan Aye Fosso Keng netted a serve.

Her compatriot İlknur Nihan Cakıcı triumphed in the women's 100m freestyle in a time of 57.20.

There was also a Turkish one-two in the women's 200m butterfly final, with Defne Tacyıldız overcoming Nida Eliz Ustundag to take the title in 2:14.62; and their team-mate Berke Saka added another gold medal to his glittering collection, beating compatriot Mert Ali Satır to secure the men's 100m backstroke crown in 55.27.

Syoud Jaouad from Algeria emerged victorious from the men's 400m individual medley final in 4:23.34 too.

The titles continued for the hosts when the men's 50m freestyle title was won by Huseyin Emre Sakcı in 22.38, while Merve Tuncel broke another Games record when she stormed home in 16:27.63 to win the women's 1500m freestyle gold, followed in by team-mate Deniz Ertan.

In fencing, there was an all Turkish women's foil individual final as İrem Karamete Baldini overcame Alisa İsbir 15-12 to take gold.

Roman Petrov of Kyrgyzstan captured the men's épée individual crown with a 15-12 win over Ruslan Hasanov of Azerbaijan.

Fellow Uzbek Ruslan Nurudinov bagged a hat-trick of golds in the men's under-109kg.