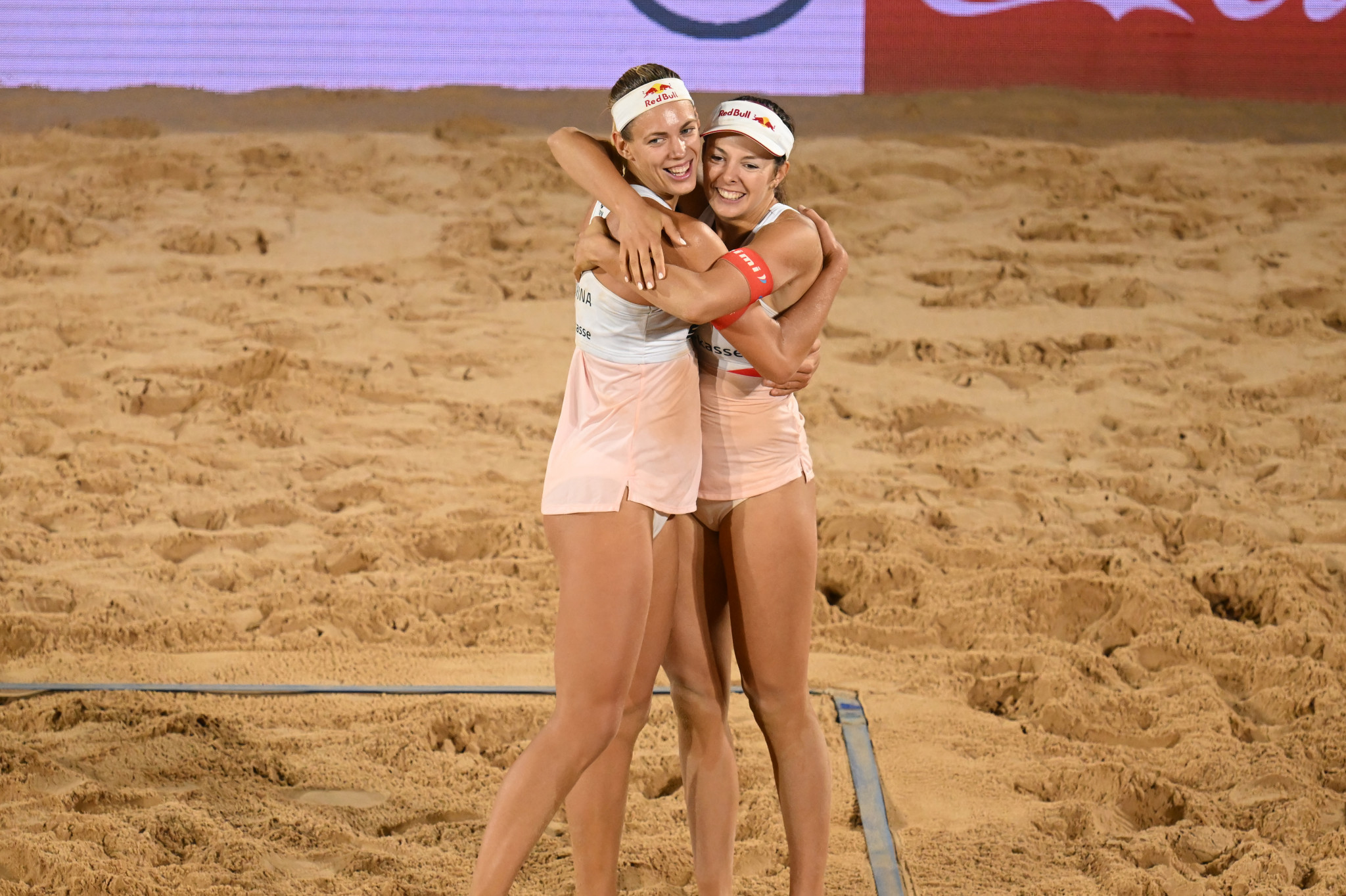 Latvia's Anastasija Kravčenoka and Tīna Graudiņa came from behind to beat Swiss defending champions Tanja Hüberli and Nina Brunner in the women's beach volleyball final at the Munich 2022 European Championships.

Thunderstorms in the German city led to a delay to the start of the medal matches at the Königsplatz venue, but Hüberli and Brunner struck first when play got underway to take the opening set 21-18.

However, the 2019 European champions Kravčenoka and Graudiņa responded by winning the second 21-15.

That took proceedings to a deciding third set, which the Latvian duo won 15-11 to clinch gold.

The Netherlands' Katja Stam and Raïsa Schoon, runners-up at last year's European Beach Volleyball Championships in Vienna, also had to come from behind to beat Spain's Daniela Álvarez Mendoza and Tania Moreno Matveeva 19-21, 24-22, 15-11 in the bronze medal match.

The women's mountain bike cycling race was played out in extremely wet conditions following the bad weather in Munich, but featured a French one-two led by Loana Lecomte.

Ferrand Prevot made a solo attack as she sought the defence of her crown, but suffered a mechanical problem mid-race which allowed Lecomte to ride clear to victory in 1hr 28.04sec in the 30.6 kilometres race at Olympiapark.

The defending champion took silver at 37 seconds off the pace, while The Netherlands' Anne Terpstra earned bronze in 1:28.41.

Britain top scored in the floor exercise, vault, parallel bars and horizontal bar to score a total of 254.295.

That beat second-placed Italy by more than six points, with the silver medallists notching 247.494.