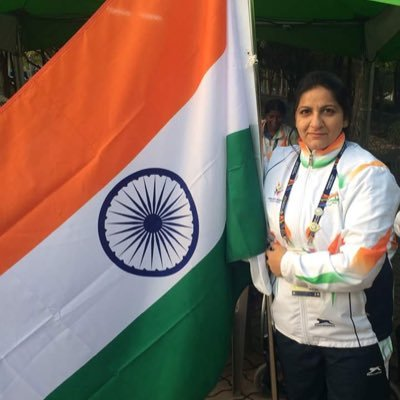 India's celebrated Para taekwondo athlete Veena Arora was recognised with the Chetan Chauhan Award last month for her dedication to the sport.

She claimed the award after having "outstanding accomplishments and individual excellence [in] performance in sports activities and motivation".

Arora, who had her arm amputated due to a botched hospital injection, achieved bronze at the 2016 Asian Para Taekwondo Championships as well as the third-place medal at the 2017 International Wheelchair and Amputee Sports Federation Games in Portugal.

She has also taken an administrative role with the Indian federation, while she continues to compete, and is due to become an international classifier.

Arora was one of 12 athletes and coaches from eight sports to be recognised by the award that is named after Indian cricketer and Cabinet Minister Chetan Chautan, who died in 2020.

Among the coaches to win the award were wrestling's Jabar Singh Som and kickboxing’s Sushil Kaushik.