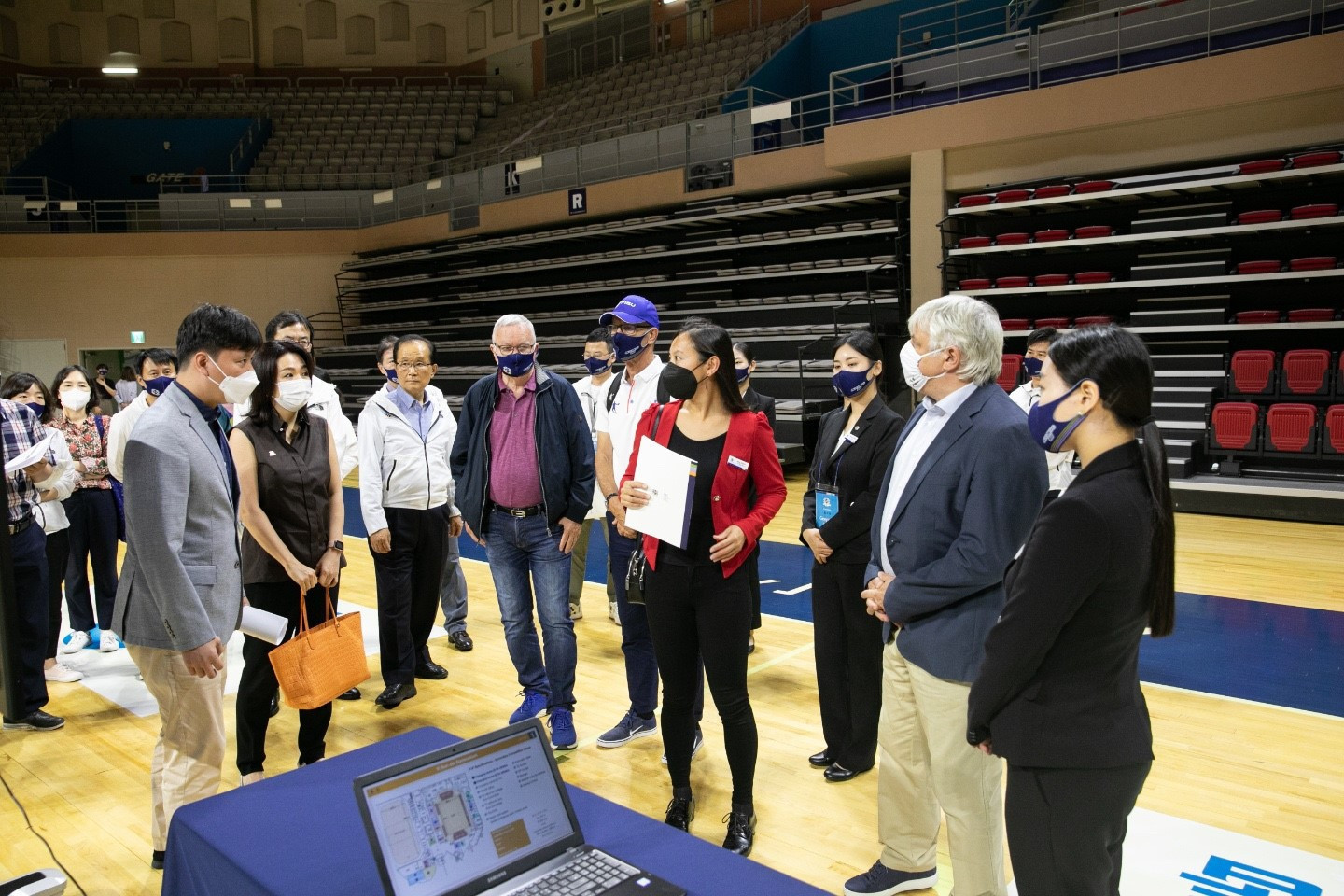 FISU Acting President Leonz Eder said: "We are impressed by the overall concept of this bid.

"With the Korean Government's vision to develop the Chungcheong Megacity region, we are not surprised that the financial, logistical and personal support of both the national and local authorities is very high."

FISU secretary general and chief executive Eric Saintrond added: "I am really amazed by the quality of the legacy plan.

"Chungcheong 2027's suggestion to cooperate with FISU's Healthy Campus Programme is also excellent and will be inspiring and encouraging for student-athletes in the local universities and communities and over the world."

The visit began with the one million signatures delivery ceremony, with the FISU delegation presented with a lacquer box and scroll featuring signatures from more than 1.4 million Chungcheong citizens, showing their support for the bid.

The FISU Evaluation Committee visited various locations including the Sejong Chungnam University Hospital, set to act as a medical centre for the Athletes' Village, the Daejeon World Cup Stadium, which is due to host the Opening and Closing Ceremonies, the Yi Sun-sin Stadium and the Cheongju University Seokwoo Cultural Gymnasium.

Chungcheong Megacity Bid Committee (CMBC) secretary general Kim Yoon-suk said: "Chungcheong Megacity is ready to host the event with the full financial and administrative support of both the Central and Local Governments, without any political interference and with the highest level of safety.

"Chungcheong 2027 also brings the fervour and experience inherited from hosting the Gwangju 2015 Universiade."

Mayor of Sejong City Choi Min-ho added: "I sincerely hope the passion and efforts shown by our people for Chungcheong 2027 can be transmitted to the FISU Evaluation Committee."

Chungcheong Megacity is rivalling the Triangle Region in North Carolina in the United States in the race to host the Games.

The successful candidate is set to be announced at a FISU Executive Committee meeting in Brussels in November.