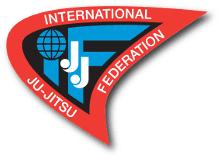 Organisers in Abu Dhabi have held a meeting to discuss preparations for the Ju-Jitsu World Championships which will be held later this year.

The flagship Ju-Jitsu International Federation (JJIF) event will take place in the United Arab Emirates capital between October 29 and November 8.

It will be held at the Ju-Jitsu Arena, with Abu Dhabi declaring itself as a "capital" for the sport.

The city will also be hosting the Abu Dhabi World Professional Ju-Jitsu Championship.

The meeting was attended by the Board of Directors of the UAE Ju-Jitsu Federation.

Abdel Moneim Al Hashemi, the chairman of the UAE body and also the President of the Asian Ju-Jitsu Union, presided over the discussions.

Al Hashemi is also a senior vice-president of the JJIF.

Technical reports were evaluated during the meeting, as well as plans for the UAE team.

Sponsors, strategic partners and spreading the reach of ju-jitsu were other topics covered.

"Abu Dhabi's position as the world's ju-jitsu capital has contributed to boosting the world's confidence in the Emirate's capabilities and facilities to host significant international tournaments and events and dazzle everyone," said Al Hashemi, according to the Emirates News Agency.

"I want to express my gratitude to the federation's staff members for their outstanding work in setting up camps and organising some of the most prominent regional and international events over the past few months.

"The next few months are crucial; therefore, we must approach the planning and execution of two of the biggest events in the world with quality, originality, and innovation."