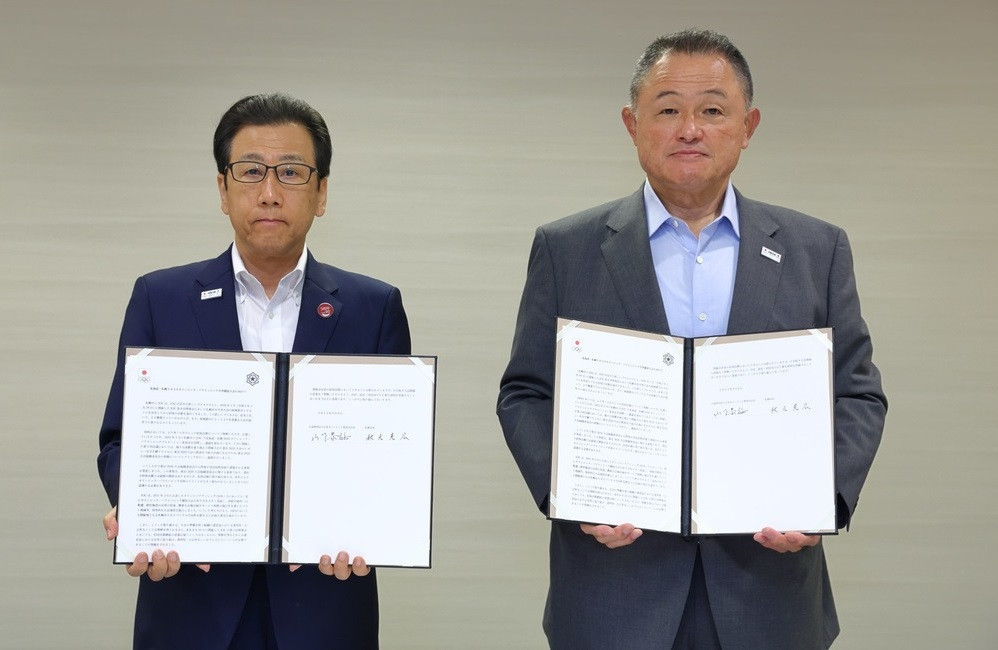 Sapporo Mayor Katsuhiro Akimoto and Japanese Olympic Committee President Yasuhiro Yamashita have made a joint commitment to ensure that the city's bid to stage the 2030 Winter Olympics and Paralympics is free from corruption.

The declaration, signed by Akimoto and Yamashita, comes after Haruyuki Takahashi, a prominent member of the Tokyo 2020 Executive Board, was arrested on suspicion of accepting bribes.

Takahashi has been at the centre of allegations since his house was raided in July as part of investigations into corruption.

There are also accusations that advertising firm Daiko Advertising Inc paid Takahashi in return for favours for a client company during the sponsorship selection process.

The unfolding Tokyo 2020 bribery scandal has overshadowed Sapporo's bid to win the rights to host the Winter Olympics and Paralympics in eight years’ time.

But Akimoto and Yamashita have insisted that the events were "not directly related to the current bid activities" as they pledged to learn from the experiences of Tokyo 2020.

The two officials vowed to work in accordance with the International Olympic Committee and the Japan Sports Agency guidelines to ensure good governance.

The declaration includes clarifying roles on the Organising Committee's Board of Directors, ensuring there is no conflicts of interest in transactions and guaranteeing that sponsors are recruited "intensively and reliably."

Protests have taken place in Tokyo and Sapporo in recent months against Sapporo’s planned bid for the 2030 Winter Olympics.

Earlier this week, Akimoto cancelled a planned visit to the IOC headquarters in Lausanne where he was due to discuss the city’s bid to host the 2030 Winter Olympics.

A bid by Vancouver in Canada has been given City Council backing, while Catalonia in Spain and Salt Lake City in the United States have both expressed an interest in bidding for the 2030 Games.