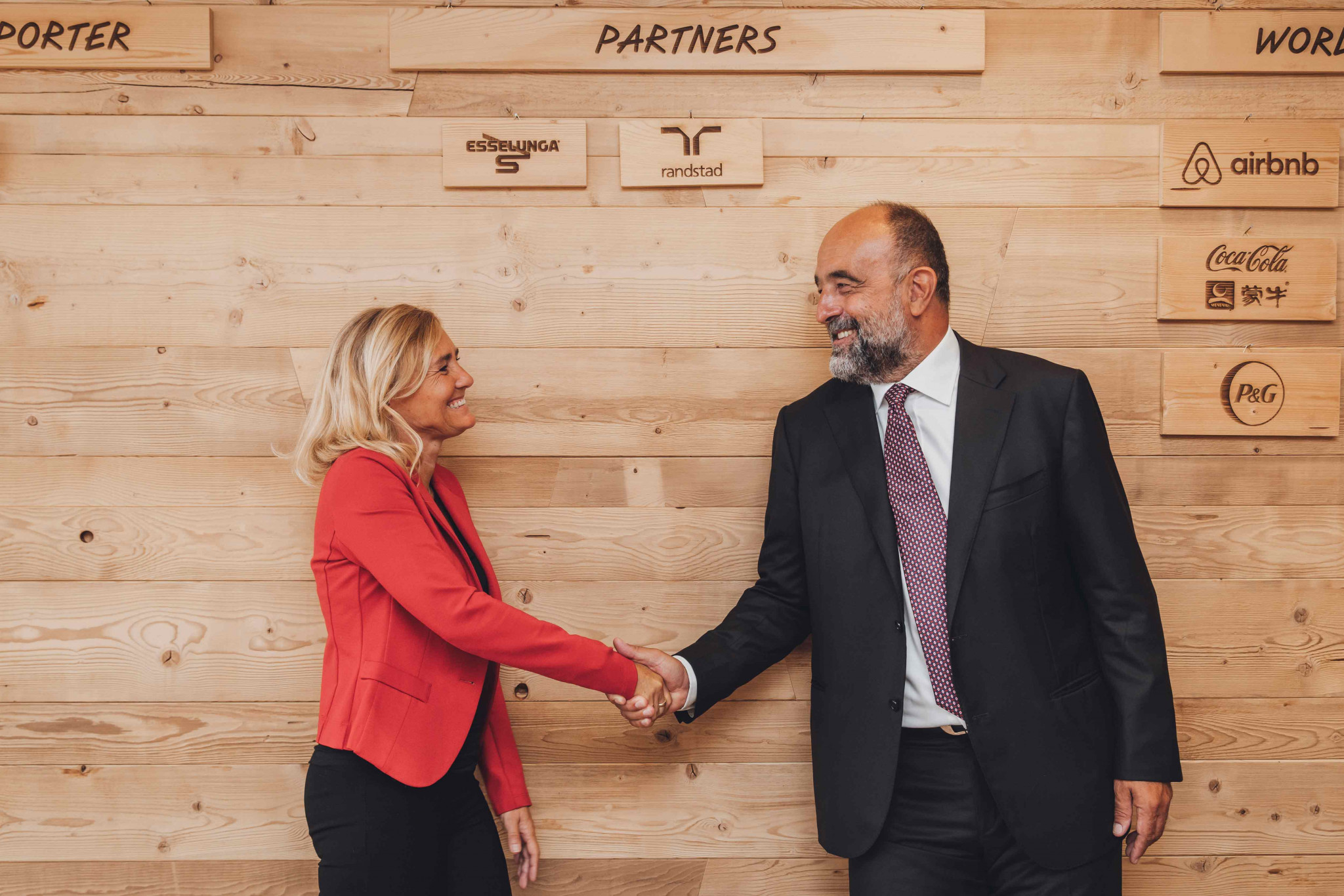 Randstad Italia becomes Milan Cortina 2026's human resources partner, and the deal seeks to create a "close-knit team with different profiles capable of reflecting diversity and the value" of the Games.

"We are particularly honoured to welcome Randstad Italia to the Milan Cortina 2026 family," he said.

"Attention to the person is one of the key values of the Organising Committee and we are pleased that a global player in the management of human resources has chosen to support us in this magnificent adventure.

"We are working to offer everyone a memorable edition of the Games which, also thanks to the support of companies such as Randstad, will leave a concrete legacy that will remain available to everyone in the years to come."

"The partnership between Randstad and Fondazione Milano Cortina 2026 represents for us a historic result that crowns the work we have been carrying out for years in the world of sport," Ceresa said.

"This edition of the Olympic and Paralympic Games, 20 years after Turin 2006, will be an opportunity to unite and involve companies, workers, candidates and our employees towards a common goal - to work together to relaunch our country, our tourism. and our professionalism all over the world.

"I am extremely proud of the support that Randstad will give to the Organising Committee of the Milan Cortina 2026 Olympic and Paralympic Games and to all the workers who will be involved in what I define, as a sportsman and enthusiast, the maximum expression of sport."

Milan Cortina 2026 is expected to undergo significant changes after the Italian general election on September 25, with Andrea Abodi viewed as the favourite to replace Vincenzo Novari as chief executive.

Novari is widely expected to leave his role, and was not referenced in Milan Cortina 2026's announcement of its partnership with Randstad Italia, unlike the confirmation of the deal with Esselunga.

Abodi is reportedly backed by the far-right Brothers of Italy party, who are expected to assume power after the election, and the centre-left Democratic Party.

Preparations for the Winter Olympics and Paralympics have faced financial challenges amid a rise in inflation across Europe.

In June, officials from local and regional authorities had called for an urgent meeting to address financial concerns over the staging of the Games with Italian Prime Minister Mario Draghi, who is stepping down after the elections but remains in the post on a caretaker basis.