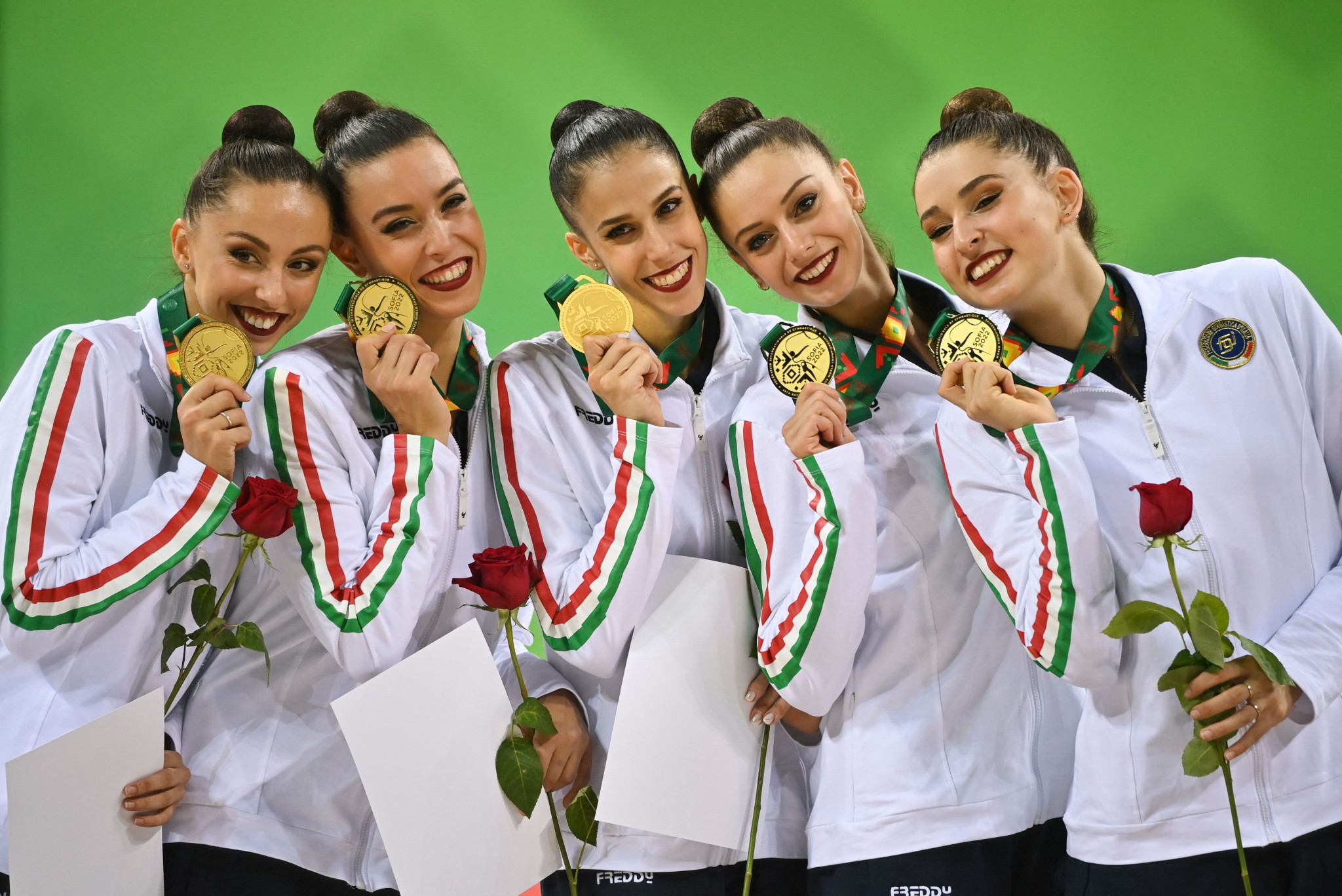 Bulgaria and Italy both secured gold on the final day of the Rhythmic Gymnastics World Championships in Sofia.

Italy were determined to rebound from their disappointing fourth-place finish in the team all-around and they did just that with a leading performance in the five hoops final in the Bulgarian capital.

The Butterflies - made up of Martina Centofanti, Agnese Duranti, Alessio Maurelli, Martina Santandrea, Daniela Mogurean and Laura Paris - burst out with a high-octane performance to notch up a leading 34.950 points from the judges.

"Today we woke up with only one goal and focus for the competition," said Maurelli.

"It wasn't to win something, just to have a good competition, and we did, so we are happy.

"After the first routine we realised that we were world champions with five hoops, and we screamed and looked at each other and said, 'Okay, we made it.'"

Enjoy the final catch up with @OllyHogben and @_BlytheLawrence from Sofia ?? as the curtain falls on a fantastic festival of #Rhythmic #Gymnastics ❤️ pic.twitter.com/Aj23QC9edc

It was their second consecutive world title in the five hoops, a discipline last contested at the World Championships in 2017.

A score of 33.300 ensured that Italy would not taste victory for the second time as they finished on 31.450.