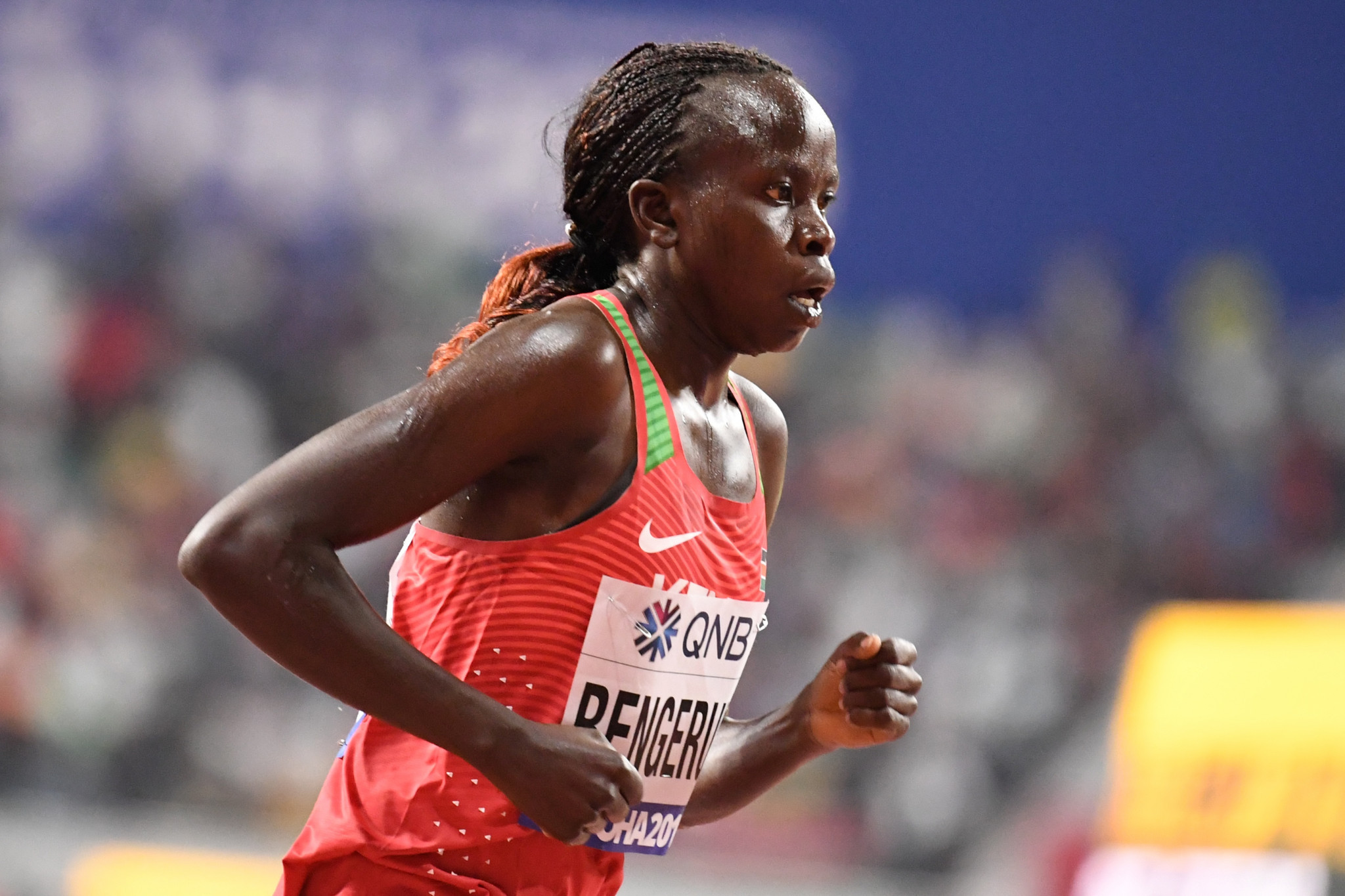 Kenyan long-distance runner Lilian Kasait Rengeruk has been sentenced to a 10-month period of ineligibility by the Athletics Integrity Unit (AIU) after testing positive for letrozole.

The African Games bronze medallist provided an out-of-competition sample on January 20 of this year before being notified of potential anti-doping rule violations (ADRVs) by the AIU on February 16.

Rengeruk responded six days later confessing to the transgression which then led to a case resolution agreement between her, the AIU and the World Anti-Doping Agency.

As a result of "how promptly the athlete admitted the ADRVs" it was agreed that the period of ineligibility would be backdated by five months prior to the date of the case resolution agreement on September 19.

This means that her ban will begin on April 19 and be in effect until and including February 18 2023.

Rengeruk's competitive results from January 20 2022 have been disqualified and she has forfeited any medals, points and prize money earned from then.

Letrozole is specifically listed as prohibited at all times and is in the category of hormone and metabolic modulators on the WADA prohibited list.

It is commonly used for the treatment of local or metastatic breast cancer, which athletes can get a therapeutic use exemption for.

Rengeruk is the latest in a string of Kenyans to be suspended for breaching anti-doping rules.

Lawrence Cherono, winner of both the Boston and Chicago Marathons in 2019, was forced to withdraw from Kenya's World Athletics Championships team in the United States.

He had tested positive for trimetazidine which can be used medically to prevent angina attacks.

It is also the same drug Russian figure skater Kamila Valieva tested positive for before the Beijing 2022 Winter Olympic Games.

Kenya is one of seven Category A nations deemed by the AIU to have the highest doping risk and threaten the overall integrity of the sport, along with Bahrain, Belarus, Ethiopia, Morocco, Nigeria and Ukraine.

Tabitha Gichia Wambui was banned for seven years after testing positive for norandrosterone, a testosterone booster, and tampering with the anti-doping process.

There are currently 49 Kenyan athletes listed as banned in the AIU database.