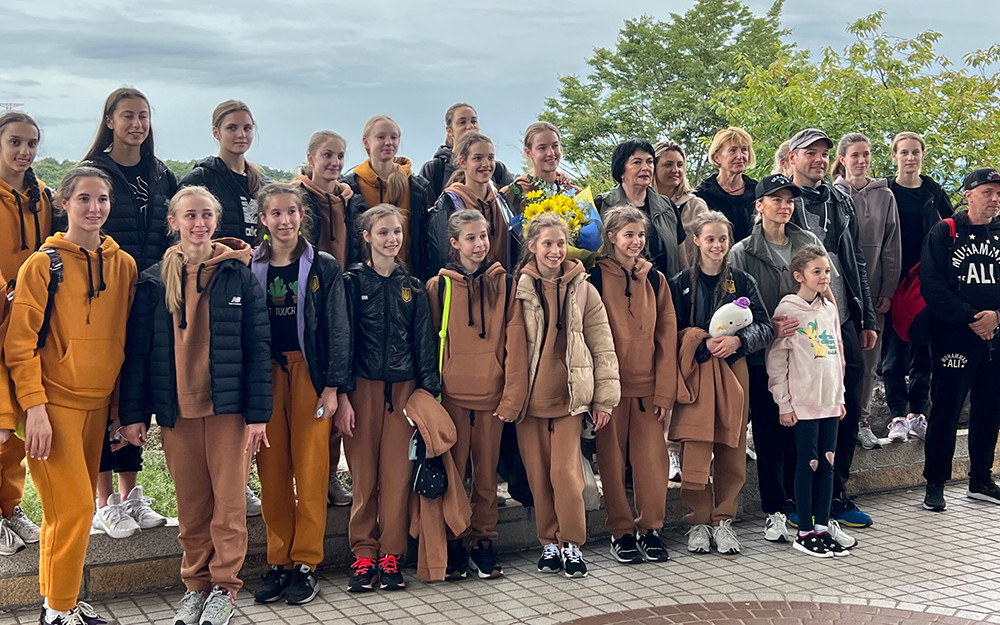 The Japanese Gymnastics Association (JGA) has welcomed a 29-strong delegation from the Ukrainian Gymnastics Federation for a training camp in Takasaki.

The delegation included 17 athletes, eight coaches and four support staff and the visit coincided with the country's participation in the Aeon Cup in Tokyo.

The 17-day camp included training at the Takasaki Arena, a performance presentation from the Ukrainian team, and a joint training session with the Japanese national team that was open to the public and attended by 300 spectators.

"I would like to express my sincere gratitude to Takasaki City for its cooperation to host the Ukraine rhythmic gymnastics team," said JGA President Tadashi Fujita.

Ukrainian governing bodies continue to receive support from the international community as the war with Russia, supported by Belarus, shows no sign of slowing down.

The International Gymnastics Federation (FIG) Congress is now due to take place from November 11 to 12 in Istanbul after being moved away from Sandefjord because of Norway's refusal to host delegates from Russia and Belarus.

As a result, The Netherlands, Poland, Estonia, Norway, Ukraine, Lithuania and Italy are boycotting the gathering in the Turkish city.

The FIG had initially allowed Russian and Belarusian athletes to compete as neutrals following the invasion of Ukraine, before implementing a complete ban on their participation effective from March 7.

This is in accordance with an International Olympic Committee recommendation that also states officials from Russia and Belarus should not be sanctioned over the war.