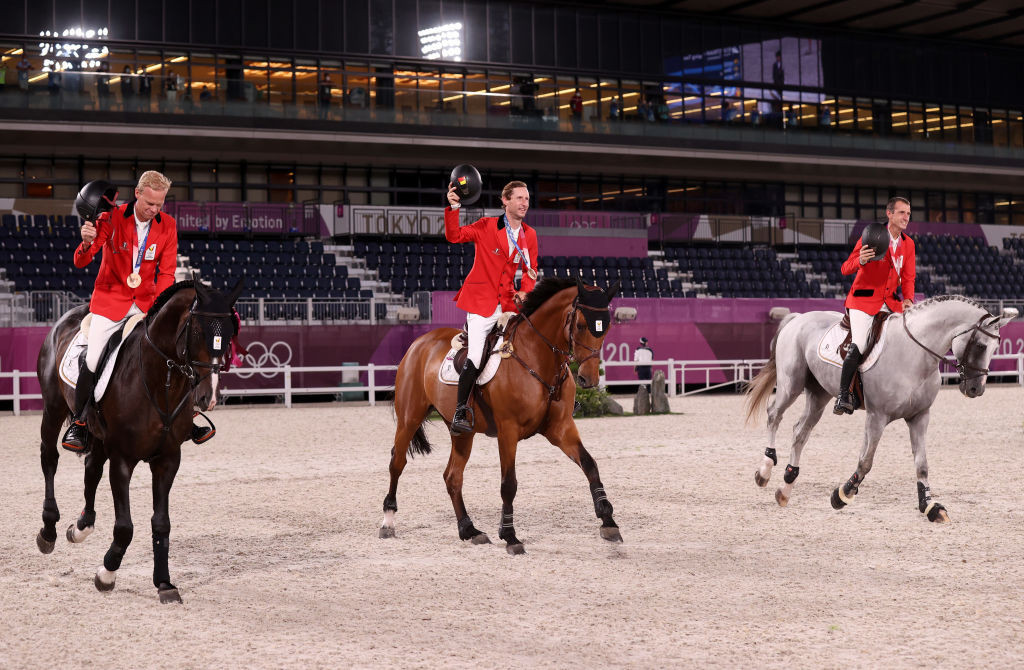 The showjumping team competition at the Paris 2024 Olympics will revert to being held before the individual event, as at previous editions before Tokyo 2020.

This is one of the key proposals made by the International Equestrian Federation (FEI), and set to be voted on at next month’s General Assembly.

The proposal has been backed by the FEI Jumping Committee and stakeholders, including the Swedish National Federation, as reported by Horse and Hound.

"This helps the chefs to manage their teams, make substitutions (where necessary) and always line up the freshest and readiest combinations on the way to the most demanding individual final, thus creating better competition and avoiding stress on tired horses," said a spokesman for the Swedish National Federation.

No change, however, is proposed to the decision to reduce the team number from four to three, which drew strong criticism when it was introduced at Tokyo 2020.

Ireland, Israel and hosts Japan were all ruled out owing to, in the first two cases, a horse fall, and in Japan’s case, the second and third riders withdrawing.

Under the old format, where four horses and riders jumped, teams were able to drop the elimination or worst score and continue.

"I think the three-horse rule is actually a very bad rule, no riders are in favour of it," British rider Harry Charles said during the Games.

"It’s totally unfair on the rider who actually makes a mistake.

"We all knew coming here that there was going to be a bit of carnage with this rule and you’ve seen it today."

The FEI President Ingmar de Vos told Horse & Hound before Tokyo 2020 that the change from four to three riders was "really important for the future of our sport if we are to increase universality in accordance with the recommendations of Olympic Agenda 2020."

In the team event, 20 teams composed of three athlete-horse pairs will compete.

The scores of each athlete-horse pair are added together, using the same principle as the individual event to calculate the total points.

The top 10 advance to the final, where all the scores are reset to zero and the podium places are decided.

The Jumping Committee has also put forward a change to the minimum eligibility requirements (MERs), which came under the spotlight when some combinations qualified for Tokyo at shows that had been "mistakenly approved" by the FEI.

Under the new proposals MERs must be obtained at Grand Prix, Nations Cup or World Cup competitions, with a minimum height of 1.55 metres.

Another change from the Tokyo 2020 competition has been proposed in the dressage competition, where the use of music - brought in to make the sport more widely attractive - is being discontinued.

The innovation last summer was deemed "not very successful" as many riders did not bring their own music and judges said the differences in quality and volume could be distracting.

"The fairest option is to remove the team test music option," the FEI Technical Committee said.

The deadline for National Olympic Committees (NOCs) to gain qualification for the Paris 2024 Olympics across all disciplines is December 31 2023.

The equestrian competition at Paris 2024 is scheduled to take place from July 27 to August 6 at the Chateau de Versailles.