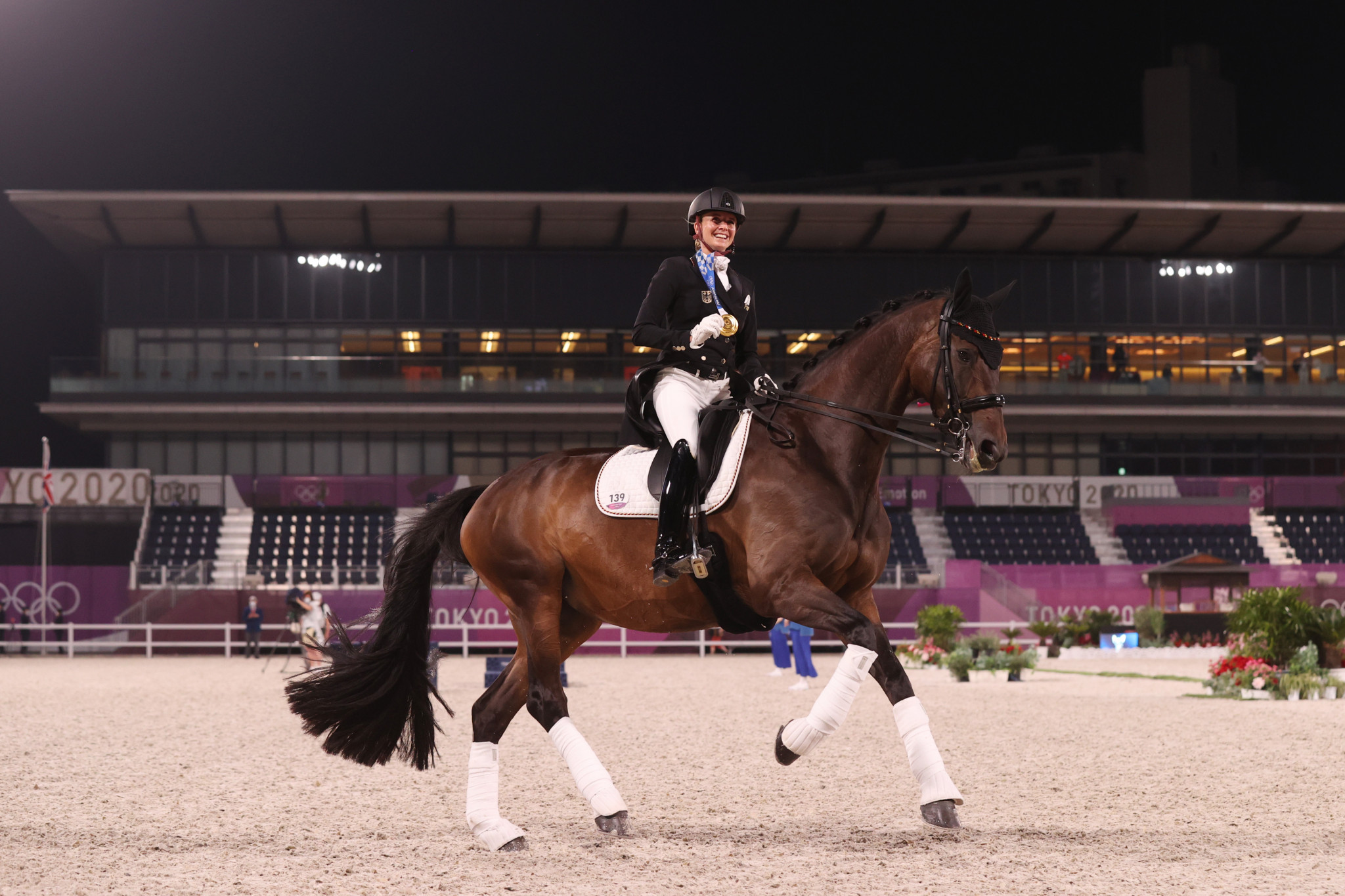 It ruled that she could not return to competition before her six-month leave period finished.

The governing body adopted the policy in 2010 for show jumping athletes before implementing the same for dressage riders nine years later that allows them to retain 50 per cent of their world ranking points if they choose to take leave.

Those who do opt to take maternity leave must take it for a minimum of six months and are banned from returning any earlier, or they can return at any time but retain no ranking points.

German Bredow-Werndl and the German Equestrian Federation share they dismay at the ruling and have pushed for change.

"The FEI denied me a permission to start - because of its perception of the regulations on maternity leave," wrote the 36-year-old on social media.

"I have consulted with the National Federation and we do not share the FEI's point of view.

"Our interpretation of the regulation is that if female athletes apply for maternity leave, the FEI must grant at least six months.

"But it is not a rule that an athlete MUST take six months breaks.

"So the female athletes should be allowed to end their maternity leave earlier.

"With the month they first restart, receiving the existing points from the previous payment period ends.

"I know the rules and would have assumed losing the relevant ranking points with a start in Ludwigsburg.

"Not even allowed to start now, I find it simply unfair and cannot understand the decision given the wording of the FEI regulation."

The FEI is adamant in its position and has made it clear that Bredow-Werndl will not be returning before the six-month period is up.

She gave birth to her daughter in August meaning that a February date is the earliest she can compete again.

"While we understand Ms von Bredow-Werndl’s desire to compete, once an athlete has chosen to apply for medical/maternity leave under Article 2.2 of the FEI Dressage World Ranking List Rules, and has benefited from the provision allowing for the retention of 50 per cent of the ranking points from the corresponding six months of the previous year, it is not possible for the athlete to subsequently change their mind," the FEI told insidethegames.

"The procedures currently in place for Athletes applying for medical/maternity leave are in place to protect the fairness and integrity of the sport.

"Any recalculation of the FEI Dressage World Rankings could have a significant impact on other athletes.

"The FEI will undertake a review of the medical/maternity leave Rules for the future, and will liaise with the riders’ clubs and the wider equestrian stakeholder groups."