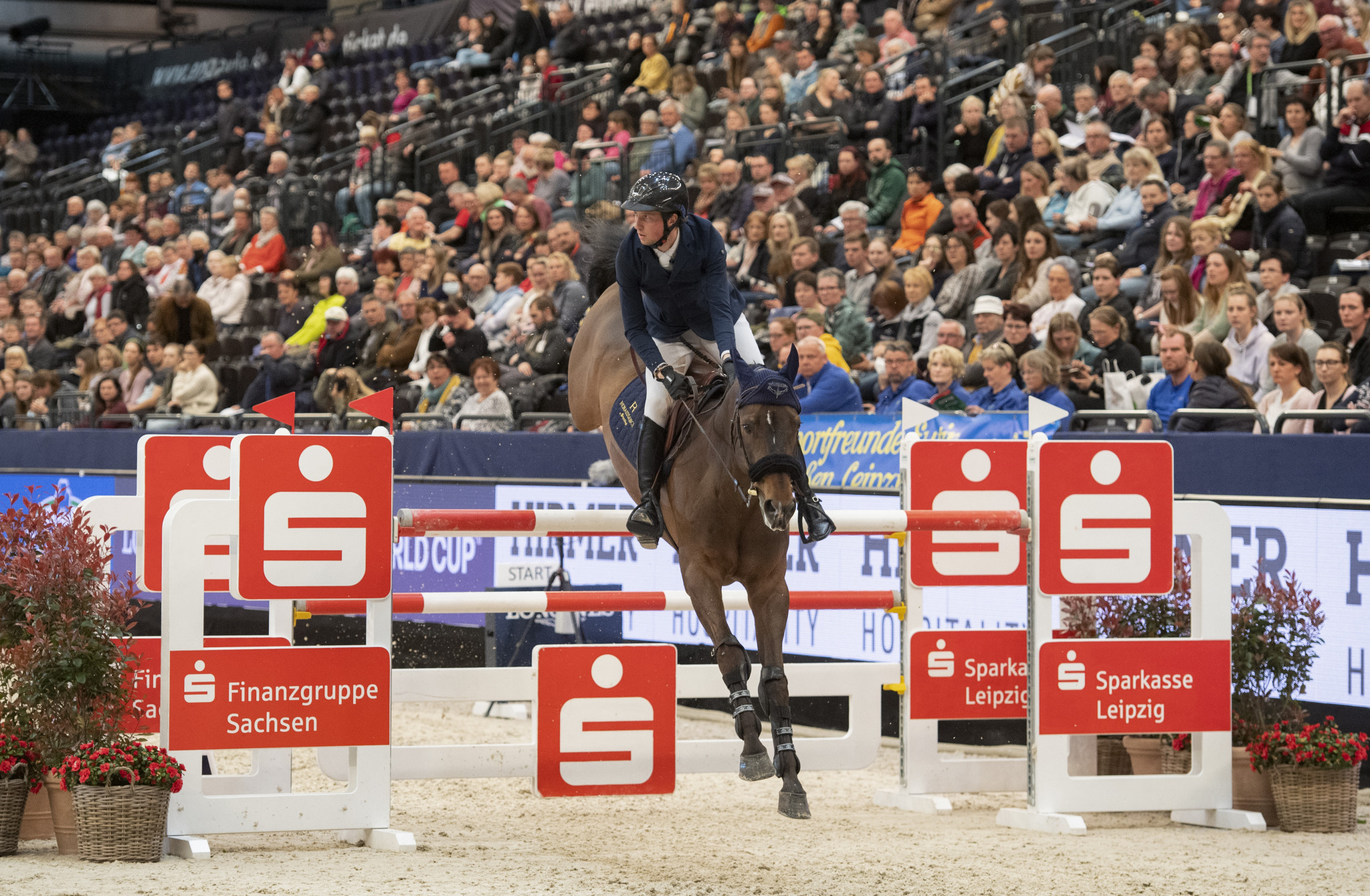 Switzerland's Fuchs and his horse Chaplin burst into an early lead in the jumping with a blistering 1 minute 5.11 seconds finish to pip Austrian Max Kühner to the win by 1.08sec on the 13-fence track.

Ireland's Conor Swail rounded out the top-three in 1min 7.06sec in what is his first World Cup Final appearance.

"It was definitely tricky, not the biggest course we’ve ridden in the past few weeks or months but it was very nicely built with some difficulties at the end with the combination out of the corner and the last line with a very short three strides to a high plank and an option of five or six strides to the last oxer," said Fuchs, who took home €23,000 (£19,000/$25,000) for his triumph.

"I had a good draw going in, second-last, so I got to see most of the other riders.

"I knew my horse Chaplin is very fast and super careful, so I had a plan and followed it and it all worked out.

Jessica Van Bredow-Werndl, it’s for you! 👏

"I did take risks to be fast but I didn’t take the last risk to go as fast as possible."

Fuchs is planning on swapping horses for tomorrow's jump-off class in hopes of preserving Chaplin's fitness for Sunday's (April 10) competition.

The Sinner will take over with Fuchs reporting that he has been in good shape in preparations for the Leipzig event.

Double Tokyo 2020 gold medallist Von Bredow-Werndl and her 15-year-old mare TSF Dalera BB were in magnificent form as they soared to victory on home ground in the dressage short grand prix.

Denmark's Cathrine Dufour posted a score of 80.019 per cent while defending champion Isabell Werth of Germany made up the top-three with 79.756 per cent.

Von Bredow-Werndl has been labelled firm favourite for Saturday's (April 9) decider as a result of her commanding display.