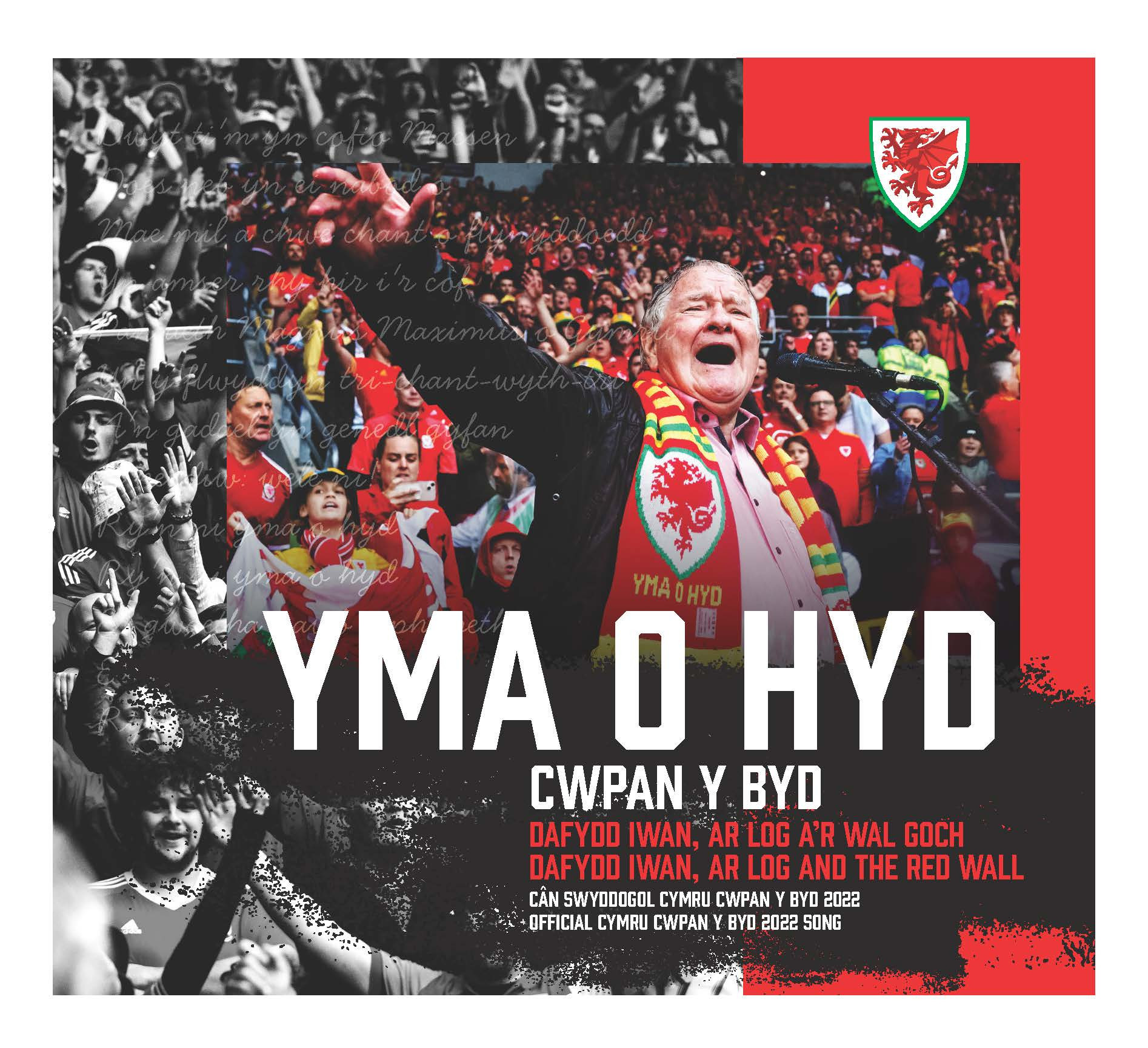 The official Welsh anthem for the FIFA World Cup has been revealed as Yma o Hyd, a famous song by a revered Welsh folk singer, and is to be re-released mixed with the singing of Welsh fans and the men's team.

Yma o Hyd was first recorded by Dafydd Iwan and the band Ar Log in 1981.

Iwan, a former President of Plaid Cymru, the party of the Welsh nationalist movement, is renowned for his songs promoting the preservation of the Welsh language.

The title translates as "we are still here".

The Football Association of Wales is also expected to ask UEFA and FIFA to use the name "Cymru" in international football after the World Cup.

"Yma o Hyd has become a national slogan and now the song which gave meaning to it is the official anthem of the Cymru national team for the World Cup," Iwan said.

He performed it live before a recent match against Austria and at the World Cup playoff against Ukraine in June.

Wales won 1-0 to seal their place at the finals and after the match, Iwan joined the entire Welsh squad including Gareth Bale in the centre of the field for a further rendition of the song in front of Wales' fans, known as the "Red Wall".

"This version of Yma o Hyd forever documents a marvellous moment in Welsh history, with all those wonderful voices helping Cymru reach the World Cup with their passion," Iwan explained.

He has met members of both the men's and women's squads to explain the cultural significance of the song.

"It's an impossible dream come true and the incredible sound of The Red Wall on this track is exciting and inspiring to hear," Iwan added.

"No other nation will have anything like this to inspire their team on the grandest stage of them all, so c'mon Cymru, let us tell the world that we are here."

Wales have qualified for the final stages of the FIFA World Cup for the first time since 1958 when they reached the quarter-finals before losing to eventual champions Brazil, but the tournament 64 years ago was held before the era of World Cup music.

In 1962, Los Ramblers recorded El Rock del Mundial to mark the World Cup in their homeland of Chile.

For the 1970 tournament, World Cup winners England recorded Back Home as a single and The World Beaters sing the World Beaters, an album of cover versions with a sleeve designed to look like a football.

Back Home was composed by Bill Martin and Phil Coulter who also penned Easy Easy, for the Scotland squad who qualified in 1974.

Sleeve notes record they sang "with a little help from their friends" including Lulu and Rod Stewart.

Meanwhile West Germany had recorded Fußball ist unser Leben - "football is our life" - before lifting the trophy in 1974.

Goalkeeper Harald Schumacher appeared to play a trumpet solo as the squad accompanied Peter Alexander, an Austrian crooner equally popular in Germany at the time.

Song and video out on all streaming platforms Monday 7 November.#ArBenYByd | #TogetherStronger

Perhaps the most international World Cup song was the 2002 offering Love United which featured the vocals of 45 stars including Luis Figo of Portugal, Italy's Francesco Totti and Sweden's Freddie Ljungberg alongside many legendary French figures including Thierry Henry, Patrick Vieira and Zinedine Zidane.

Some tracks on the official digital album for Qatar 2022 have already appeared but the performances of Yma o Hyd have already attracted thousands of social media views across the world.

Wales play the United States in their opening match on November 21, before facing Iran and England in their other group matches.

The official music video for Yma o Hyd will be released on Football Association of Wales and Cymru digital channels on November 7.

It will also be available to stream and download.

A week after the digital release a limited-edition CD will also be made available,

The recording will also feature the crowd singing the Welsh national anthem Land of My Fathers, with all profits being invested directly into grassroots facilities across Wales.