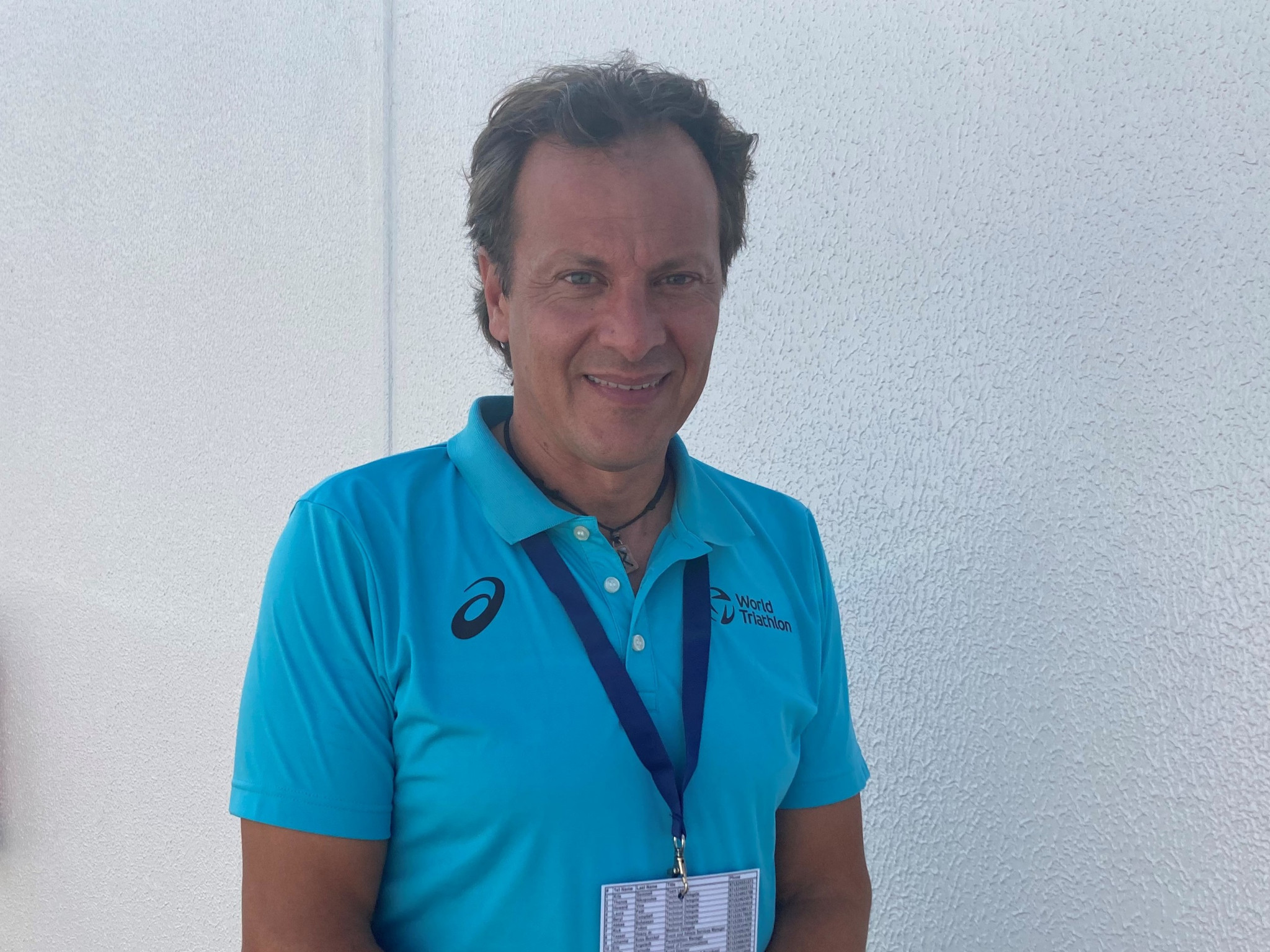 World Triathlon's Para triathlon senior manager Eric Angstadt has insisted that the governing body is "very optimistic" that the mixed relay format set to debut at the Championship Finals here can be included at the Paralympic Games from Los Angeles 2028.

Para triathlon first featured at the Paralympic Games in Rio 2016, and the number of athlete quota places available is set to double from an initial 60 to 120 at Paris 2024 across 11 medal events.

The mixed relay is set to make its debut at a World Triathlon-sanctioned Para triathlon event on Saturday (November 26) in the United Arab Emirates, albeit with a degree of flexibility to permit some teams of mixed nationalities and some to field a team of three, with one athlete completing two non-consecutive legs.

Spanish official Angstadt, who heads up World Triathlon's Para triathlon programme, is excited for the event's debut and believes it has potential for Paralympic inclusion.

"We are very optimistic in this regard," he told insidethegames.

"Anything that is mixing genders is quite attractive to the IPC [International Paralympic Committee] and to the Paralympic Movement in general.

"There is a lot of work behind from many other nations that have contributed, that have tested it at national level, that have been on the Working Group offering ideas on how to make the best of this.

"We came up with a set of rules trying to make the best of it.

"We added some flexibility just to have some more teams here so we will have some mixed teams from some nations in order to make it viable.

"This came about quite late here in Abu Dhabi, so some of the teams could simply not change their travelling plans any more, but we probably could have had fixed teams from nations without needing to mix and making a pretty viable event, so we're quite excited about it.

"We'll see how the debut goes on Saturday."

Angstadt outlined development plans for the sport, which requires at least 32 regularly practising nations in order to preserve its place at the Paralympics, with a target set for nations to have "a minimum of two international participations" annually at its events.

While Para triathlon has around 40 countries who are regular participants, Angstadt acknowledged some of these only have a small athlete base, so more can be done to progress the sport.

"Within Para sport, it's an expensive sport with travelling, the logistics required and training time implies a lot of dedication from the athletes, so it's not so easy to engage with programmes.

"Also the classification system finally came to kind of a set structure, but in our beginning on the road to Rio, there was a lot of uncertainty.

"We knew that there would be changes after Rio, and a lot of the National Paralympic Committees are not allocating strong investment or funds when they are not 100 per cent sure if that medal event will be in the Games in the next edition.

"Athletes may also be discouraged not knowing whether their sport class or impairment will be in a class that is included in the Games."

Angstadt conceded that providing opportunities to more nations to compete in Para triathlon and maintaining a high level of competition is a delicate balance.

"Within the athlete quota that we have for every event, we always reserve 10 slots for invites," he said.

"Obviously you can play with new flags, athletes that deserve an opportunity because they've been out through injury, maternity etc.

"This year has been strange because it's a merger between years one and two of the four-year cycle, and being post-pandemic we've seen how some nations or some athletes have dropped their intensity or their activity.

"Other new ones are coming in.

"Some athletes that normally would not make it onto the start list at a high-level event such as the World Championships got a shot at it today, so it’s finding that balance to make sure that new flags have the chance to compete, to take part and grow, [while] ensuring that also the competitive level is increasing and rising every time."

He also expressed World Triathlon's support for National Federations who wish to develop Para triathlon in their country.

"We are investing a lot in education to make sure that the newcomers have opportunities to establish programmes and proper personnel, obviously it's not the same to be a coach for a triathlete and for a Para triathlete," Angstadt added.

"There can be a lot of implications with some impairments that bring along some more challenges than a regular athlete, so it's just keeping our heads around everything that is ongoing and trying to make sure that we have a balanced effort in what we invest, in what we provide, in what we service to the National Federations."

This was held as a standalone Championships in Abu Dhabi last year, but returned to the season-ending event this year in the United Arab Emirates' capital.