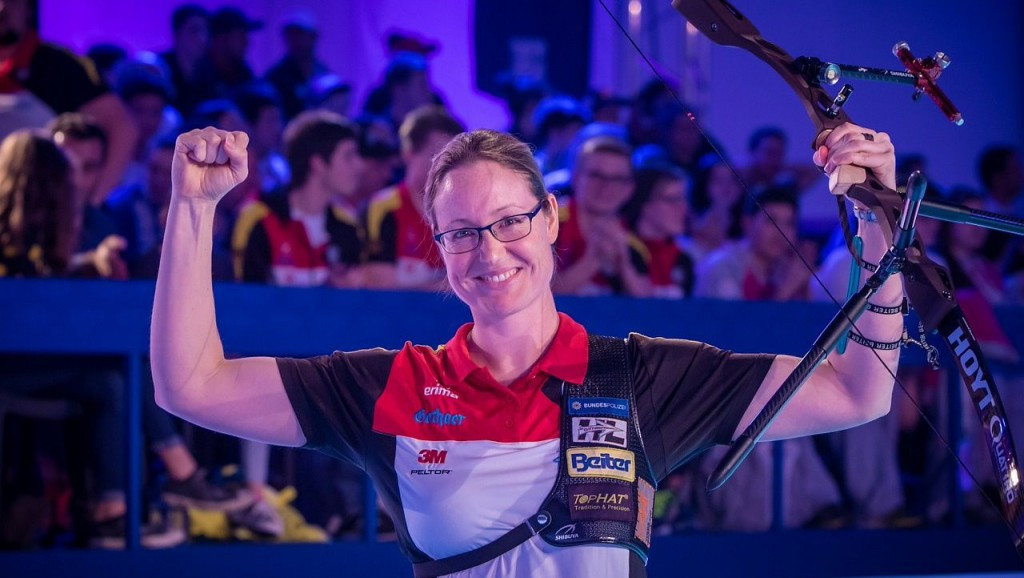 With nothing to separate the pair, the match went to a shoot-off which seemingly favoured Lesniak - the winner of two during the elimination phase.

But it wasn’t to be on this occasion for the 2014 world team bronze medallist as her 10 wasn’t as close to the middle as Unruh’s.

"To finish the match against Natalia in a shoot-off was tough, but I really enjoyed that," said Unruh, team silver medallist at the 2007 World Indoor Championships in Izmir, Turkey.

"It was very close."

Unruh’s campaign started promisingly in Turkey’s capital as she posted 590 points during qualification to establish herself as the top seed in the competition.

She went on to defeat two-time team champion Veronika Marchenko of Ukraine and world silver medallist Kristine Esebua of Georgia in the semi-finals and quarter-finals respectively.

"I had a good start of the week with my qualification round and then that continued all the way through my individual matches," said Unruh, the 2012 Indoor World Cup champion.

"I was proud of myself."

Earlier in the day, Lesniak formed part of the Polish team that finished second to Japan in the women's recurve team event.

"Shoot-offs are always a good way to fight your own nerves.

"Winning it was great."