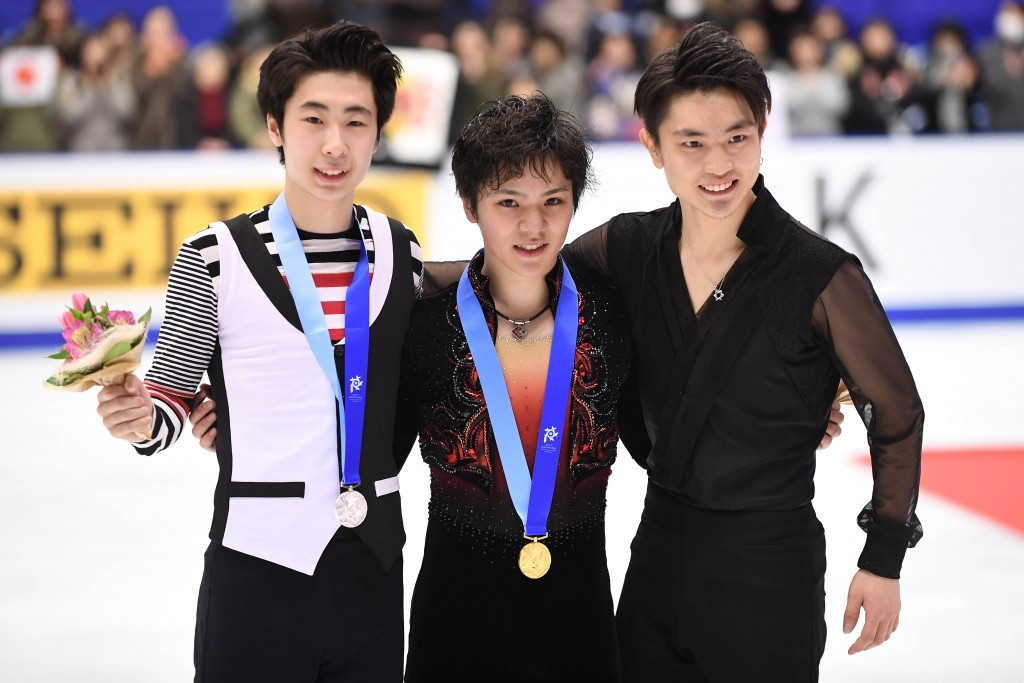 Uno had headed into the men’s free skate in second place in the standings, with China’s Jin Boyang having lead the way in the short programme.

The Japanese skater looked to respond with a routine fraught with difficulty, as he looked to bring the Games to a close in style for the host nation.

Uno, the 2015 junior world champion, fell twice during his performance, but delivered the remainder in impressive fashion.

It would prove enough for the skater, who won Four Continents bronze earlier this month, to score 188.84 in the free skate.

Jin would have to surpass Uno’s total score of 281.27 to clinch the gold medal, but the Chinese competitor suffered a number of deductions to keep the crowd guessing as to who would claim the title.

The World Championship bronze medallist would ultimately come up short, as his free skate score of 187.22 would not see him displace Uno at the top of the standings.

Jin would have to settle for the silver medal on a total of 281.27.

His team-mate Yan Han secured another medal for the Chinese team, as he finished the competition on 271.86.

The Innsbruck 2012 Youth Olympic champion ended ahead of Japan’s Takahito Mura, who would miss out on the podium places.

The competition took place ahead of the Closing Ceremony of Sapporo 2017, which was held in the same venue.