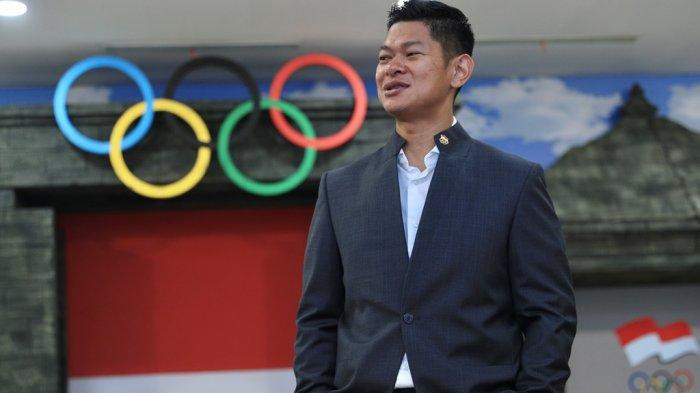 Indonesian Olympic Committee (KOI) President Raja Sapta Oktohari is hoping to use a visit here to attend the Association of National Olympic Committee (ANOC) General Assembly to lobby international officials to have a ban on the country’s National Anti-Doping Organisation (NADO) lifted.

It means national flags cannot be flown at major events under the sanctions, with the exception of the Olympic and Paralympic Games.

The first example of that came in Aarhus in Denmark last Sunday (October 17) when Indonesia's men's badminton team won the Thomas Cup for the first time since 2002.

They beat China 3-0 in the final but celebrations were soured as there was no hoisting of the red and white flag despite the national anthem being played.

The Indonesian Badminton Association flag was raised at Ceres Arena instead during the trophy presentation.

The news drew outrage at home, including from Taufik Hidayat, Indonesia's former Olympic badminton champion, who took to Instagram to lash out at LADI and sports officials.

"What have you done all this time?" the Athens 2004 gold medallist wrote.

"You are an embarrassment to Indonesia."

While the sanctions are in place, all three countries are also not allowed to be awarded the right to host any regional, continental or World Championship events by any World Anti-Doping Code signatory for a minimum of a year and not until the non-compliance declaration is lifted.

All three countries were ruled non-compliant for not implementing effective testing programmes.

Okto, as he is widely known, has been appointed by the Indonesian Government as head of a WADA Sanctions Acceleration Settlement Work Team.

He has already held a meeting here with Haider Farman, the ANOC technical director and director of sport at the Olympic Council of Asia (OCA), to discuss the situation.

"Yesterday I met with Haider from OCA and ANOC which essentially will establish communication with all parties, especially WADA," Okto said.

"I don't want to be contaminated with various information that develops in the country.

"As a representative appointed by the [Indonesian] Government, I must obtain clear information from WADA.

"We must get accurate information about the cause of the sanctions, and we must also find the best solution so that LADI can escape the sanctions.

"In the future, we must make LADI a professional institution that has official recognition from WADA.

"Red and White must fly again in every single event and international multievent.

"And I will fight hard for that."

KOI secretary general Ferry J Kono, meanwhile, has claimed he is confident that LADI will be reinstated after holding an online meeting with Indonesia’s Secretary of the Youth and Sports Ministry Gatot S Dewa Broto.

According to Ferry, it is one of 24 outstanding matters identified by WADA.

"We cannot explain the details, but in general, it is about administrative and technical matters," Ferry said.

"We push LADI to resolve pending matters to obtain compliance status as soon as possible.

"But this is an urgent situation, so the Government agreed to pay it first, while the investigation continues and LADI completes technical matters that need to be resolved."