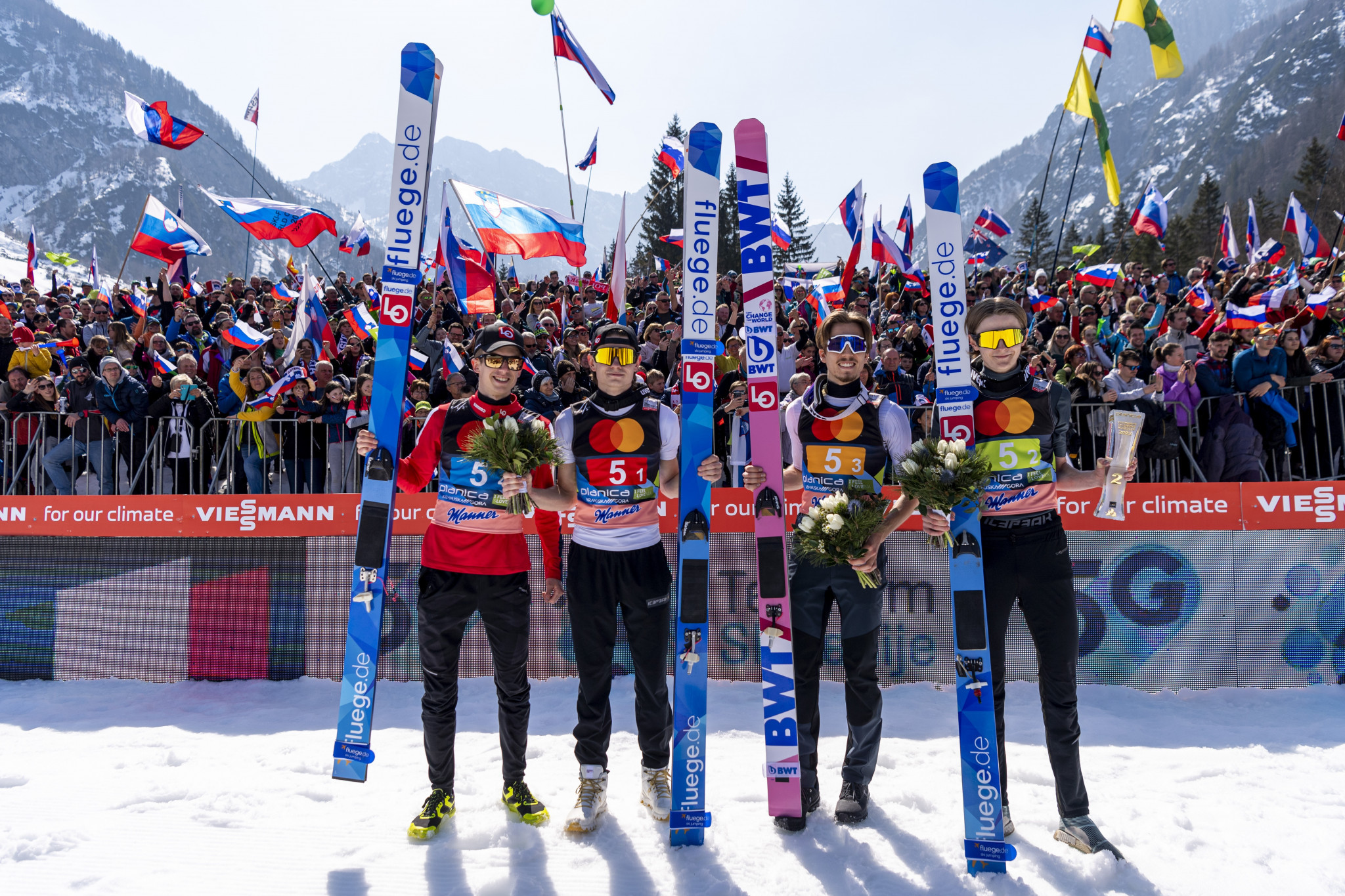 Slovenian quartet occupied the top four positions in the individual event yesterday as they battled it out for glory, but they put rivalries to one side to secure team gold at their home venue.

They registered 782.3 points in the first round and 818.8 in the second to clinch a winning score of 1,601.1, overcoming the challenge of Norway and Olympic champions Austria.

Zajc, who missed out on a medal yesterday, was the top performer for Slovenia as he recorded jumps of 240.5 metres and 241m.

Stefan Kraft and Manuel Fettner were part of the Austrian team that claimed gold in the event at last month’s Winter Olympics in Beijing.

But they had to settle for bronze in Planica as they joined Michael Hayböck and Daniel Tschofenig to earn 1,544 to secure third spot.

The season is due to conclude tomorrow with the second and final individual event where Japan’s Ryōyū Kobayashi will hope to capture the men’s overall World Cup crown.