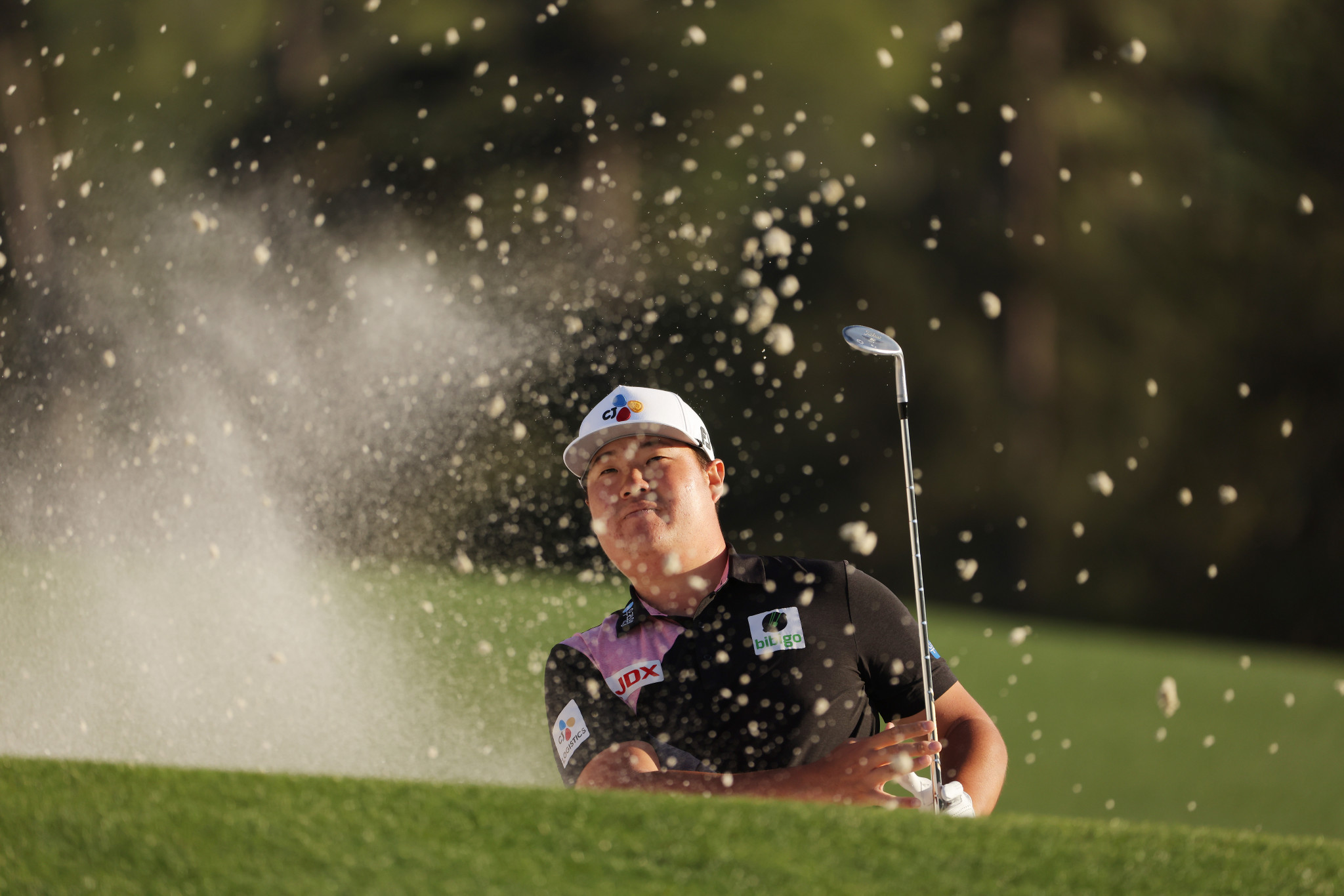 Im Sung-jae holds a one-shot Masters lead after making a hot start at the first men's golf major of the year, while Tiger Woods lived up to his legend and is one under par following his first competitive round in more than a year.

Im was four under at the turn, only for back-to-back bogeys to threaten to derail the promising start.

However, a brilliant eagle at 13 vaulted Im back to four under par, and another birdie on 15 ensured the 24-year-old held a solo lead at the end of the first day of action at Augusta National Golf Club in Georgia in the United States.

Tied second at this event in 2020 is Im's best major result, coming when the tournament was played in November because of the coronavirus crisis, although he was five strokes behind winner Dustin Johnson.

The man who tied Im for second, Cameron Smith, is there again.

The Australian produced eight birdies in a breathtaking round bookended by double bogeys.

Smith won this year's Players Championship, which boasted golf's biggest-ever purse, and is a man in form, with two PGA Tour wins already in 2022.

Smith's putting in particular was outstanding in round one.

England's Danny Willett and the American Johnson - both former Masters champions - are at three under, tied with world number one Scottie Scheffler and Joaquín Niemann.

American Scheffler has won three PGA Tour events in 2022 - more than any other player - while Chile's Niemann had a breakthrough win at the Tiger Woods Foundation-hosted Genesis Invitational in February.

Woods, who had not played a competitive round since November 2020 and was in a serious road collision in February 2021 which sparked fears he could lose his right leg, was the big draw and did not disappoint the hundreds of spectators who followed his three-ball.

A long birdie putt on 16 was perhaps the highlight of the 15-time major champion's round, and took him to one under par - the score the American finished on.

Woods is one of nine players on that score, tied for 10th place.

Japan's Hideki Matsuyama, the defending champion, is at even par.