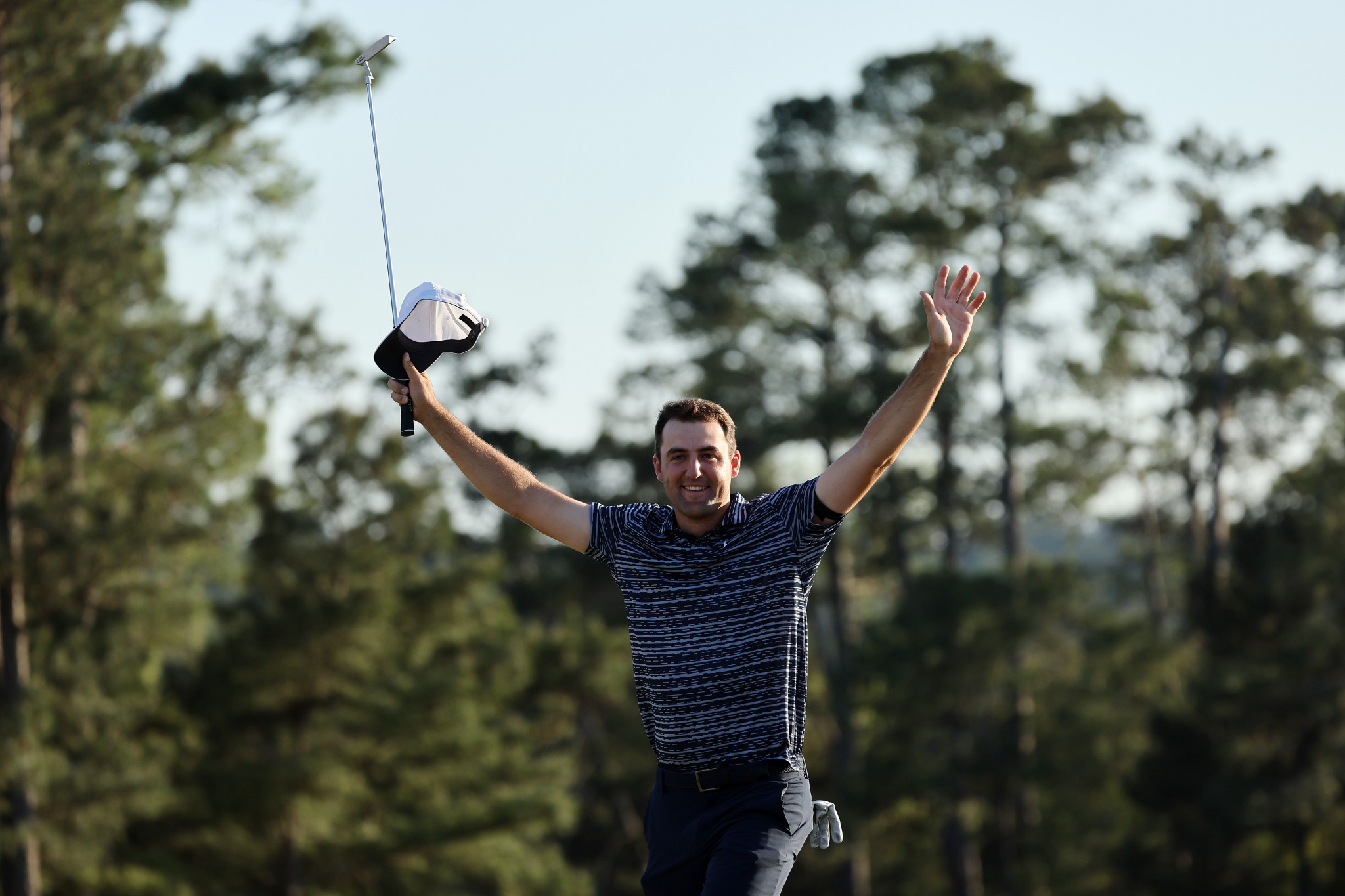 World number one Scottie Scheffler cemented his status as the best golfer in the world by winning a first major in dominant fashion at Augusta National Golf Club.

Scheffler's dominance was such that even a double bogey on the 18th could not bring his Masters triumph into question, and the American won by three strokes from Rory McIlroy.

McIlroy produced a sensational round of 64 - eight strokes under par and one off the course record - but Scheffler held firm to prevent McIlroy completing a career grand slam.

Scheffler began the day with a three-shot lead over Australian Cameron Smith, who he played with, and Smith opened with back-to-back birdies to pile on the pressure and move within a shot of the lead.

There was a huge momentum swing on the third hole, however, when Scheffler chipped in to make birdie despite a poor second shot and Smith, from an uncannily similar position, could only make bogey.

Scheffler added another birdie at seven as Smith struggled to close the gap, with the world number one's short game and putting underlining why he entered the final day as the only player to have been under par in each of his rounds at the Georgia venue this week.

What a way to finish. McIlroy holes out on No. 18 to put pressure on the leader. #themasters pic.twitter.com/L5fWWbR9cj

Augusta's 12th hole, a short par three, is among its most iconic and claimed another victim as Smith sent a horrible tee shot into the water, ending his challenge for a first major.

Smith made six while Scheffler, who missed the green by some margin, was able to make par.

McIlroy, who played for Ireland at Tokyo 2020 and plays under a Northern Ireland flag on the PGA Tour, chipped in from the sand in spectacular fashion on the final hole to card a bogey-free 64 and assume the clubhouse lead at seven under, but Scheffler remained unflappable and showed no signs of being intimidated by the clubhouse lead.

The 25-year-old even made birdies on 14 and 15 to move into a five-shot lead, offering enough room to make a double bogey on the last hole without it mattering.

Scheffler finished 10 under par for the tournament, while McIlroy - who started the day one over - ended three shots back.

Smith made birdies on 15 and 16 to finish on five under, tied for third place with Irishman Shane Lowry.

Collin Morikawa of the United States, one stroke further back, completed the top five.

"I never expected to be sitting where I am now," Scheffler said after receiving a famous green jacket.

"You don't expect things to come to you in this life.

"You just do the best you can with the hand you're dealt.

"I never really thought I was that good at golf, so I just kept practicing and kept working hard, and that’s just what I’m going to keep doing."

The Masters victory caps a remarkable rise for Scheffler, who two months ago was yet to win on the PGA Tour.

Scheffler has won four events in the last nine weeks to climb to world number one and establish himself as the dominant force in men's golf in 2022.