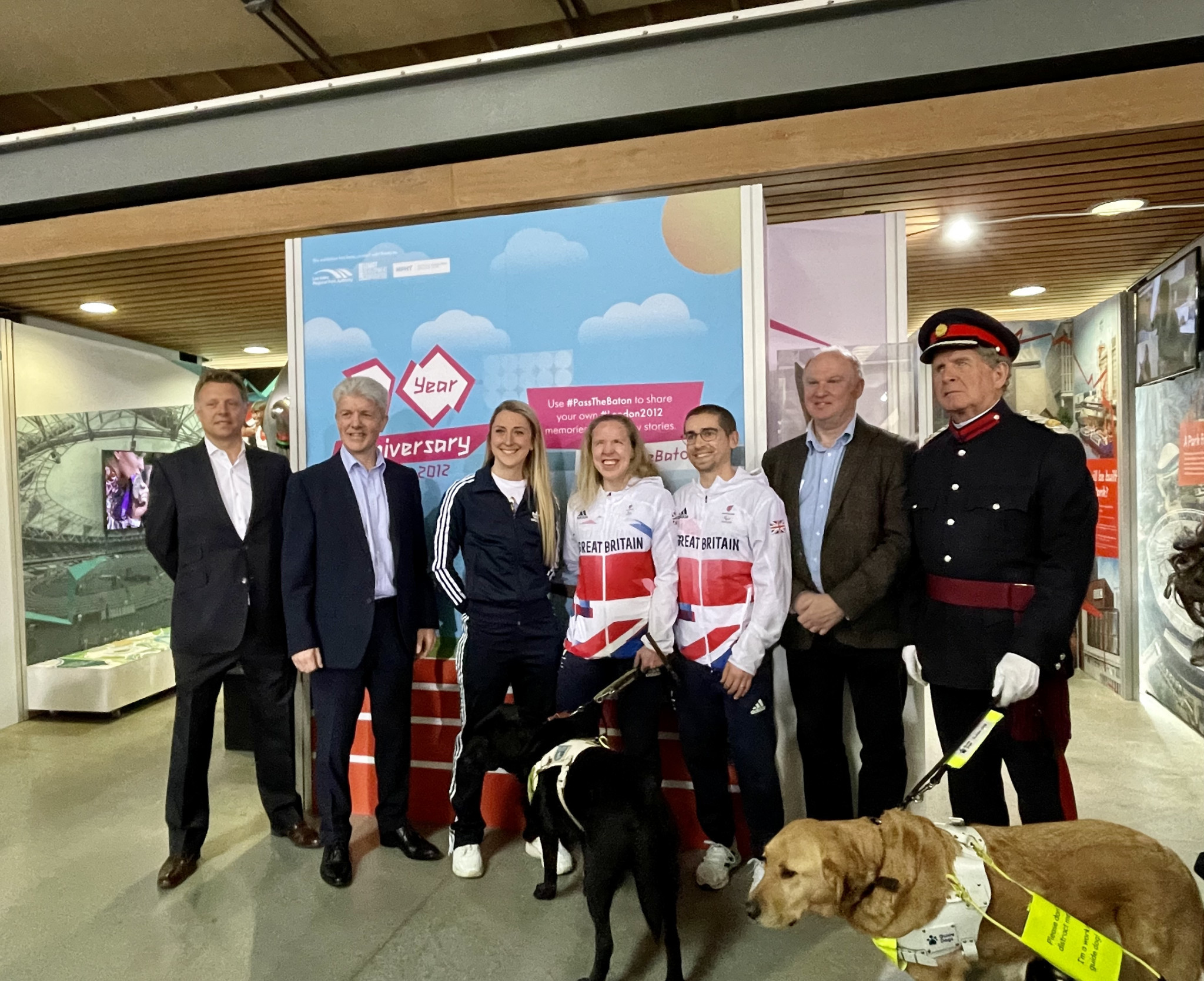 The exhibition aims to highlight the Queen Elizabeth Olympic Park and the journey of the Paralympic Movement, as well as enlightening and inspiring future generations.

"The exhibition really is about highlighting and bringing back the memories of 2012," Shaun Dawson, Lee Valley Regional Park Authority chief executive, told insidethegames.

"It's reminding us of the magic of what did happen ten years ago, and it is also telling us what's happened since.

"And also giving us a sense of still what's to come potentially for the next ten or 20 years.

"I think it's all about celebrating and remembering that great summer of 2012, a great sense of national pride, but also what we've achieved since collectively {with} the Park Authority, the London Legacy Development Corporation.

"And it's great to see that the National Paralympic Heritage Trust is here as well, making sure the Paralympic sport and disabled sport is given the profile that it clearly needs and deserves as part of this exhibition.

"It's about another spotlight using the ten year anniversary as an opportunity to put the spotlight back on sport and the wider legacy of the lovely valley."

Dawson added that the spotlight will come back to the Lee Valley VeloPark this summer, when it is due to stage track cycling events as part of the Birmingham 2022 Commonwealth Games.

The VeloPark is set to become the first venue to host Olympics, Paralympics, World Championships and Commonwealth Games competitions in the same sport.

"We have 400 bikes here, you can hire, you don't have to bring your own bike," said Dawson.

"We can provide those bikes.

"So again, it's making it easy for people to access a world class venue, whether you just learning to ride a bike or whether you are like Laura."

More than six million people are said to have enjoyed the VeloPark since it opened for the public back in 2014.

A decade after London 2012, the Queen Elizabeth Olympic Park continues to expand - from private investment to sporting venues through to leisure facilities to serve the local communities.

"We are very proud of the four Olympic venues that are still on the park and it is used by the community every day," a Queen Elizabeth Olympic Park spokesperson told insidethegames.

"The Aquatic Centre is a great example.

"Over a million people swim there every year.

"I think more children swim there than in any other leisure centre in the UK, which is a fantastic legacy alongside it still being used by the athletes."

The spokesperson added that the Olympic Park hopes to continue with its legacy for the next "50 or 100 years".

Athletes were joined at the VeloPark by local children from Hackney’s Mossbourne Riverside Academy, who were born in 2012.